Op-ed: Why You Can’t Have Organic Food Without Soil | Civil Eats

Op-ed: Why You Can’t Have Organic Food Without Soil

Hydroponic farming is missing one very important ingredient, and a whole way of thinking that goes along with it. 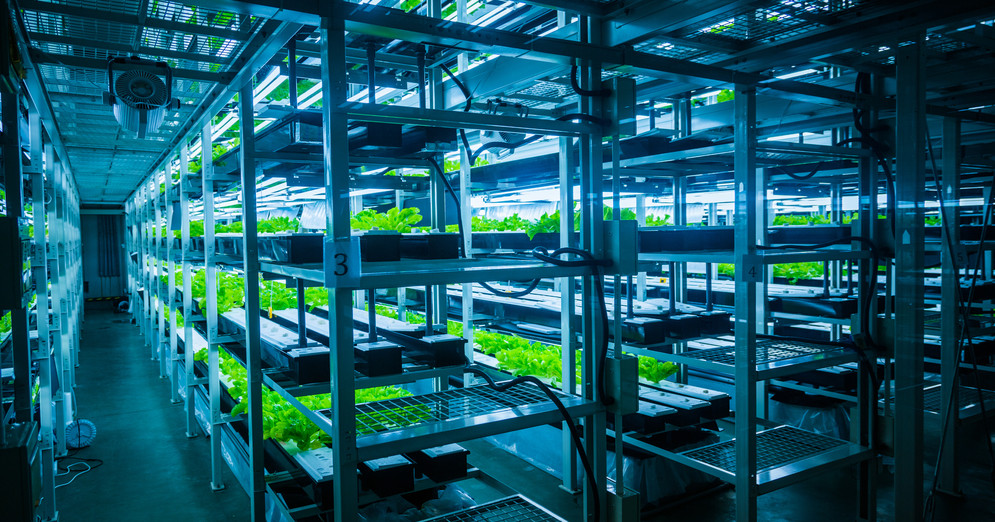 March 23, 2020 update: A federal judge in a U.S. District Court in California this week ruled that hydroponic farmers continue to be eligible for certification under the USDA Organic label.

Long time supporters of organic food need to realize that the ground is shifting beneath their feet. Rapidly. Ever since the U.S. Department of Agriculture (USDA) was given control of the word in 2000, the integrity of the “USDA Certified Organic” label has been on a downhill slope.

We now have 4,000-cow dairies with very limited access to pasture and 1,000-acre vegetable fields fed fertilizers of suspicious provenance producing food that is called organic. But, even more dismaying, we also now have certified organic hydroponics.

What’s wrong with that?

For starters, there isn’t any soil in hydroponic production. One of the appeals of organic food is that it is grown in a biologically active, fertile soil. That type of soil adds immeasurably to the plants’ nutritional value.

In an ideal farming system, soils are nourished, as in the natural world, with farm-derived organic matter and mineral particles from ground rock. Green manures and cover crops are included within crop rotations to maintain biological diversity. It’s a “plant positive” rather than “pest negative” philosophy, focused on growing vigorous, healthy plants and animals imbued with all their natural powers of resistance.

The original USDA definition of “organic” stressed “soil biological activity” as one of the processes enhanced by organic practices. But to many farmers’ dismay, the agency rewrote that definition in 2002 to remove any reference to the word soil.

Then, in 2010, the National Organic Standards Board (NOSB), the group of farmers, scientists, and public interest advocates in charge of recommending changes to the organic standards, strenuously objected to the inclusion of soil-free farming in the standards. In their recommendation, they wrote:

The abundance of organisms in healthy, organically maintained soils form a biological network, an amazing and diverse ecology that is ‘the secret,’ the foundation of the success of organic farming accomplished without the need for synthetic insecticides, nematicides, fumigants, etc.

Despite this objection, Miles McEvoy, the director of the National Organic Program (NOP), has unilaterally allowed organic hydroponics. And many of the organic certifying agencies have jumped right on the bandwagon and started certifying hydroponic operations.

Some of the regional certifying agencies have refused to certify hydroponic operations. That’s a step in the right direction, but what will they do when the produce from “vegetable factories” begins putting their local soil-based growers out of business?

Back in the 1990s, I engaged in long conversations with many of the organic bureaucrats who participated in establishing federal organic standards. I told them that organic should be left alone as the historical word for the overall concept. The quest to figure out how to grow the most nutritious food with the least environmental stress is still a continuing process.

I suggested that anyone selling food without chemicals should create their own label and explain the standards enforced by that label. Such a system was in use in Europe up until the late 1990s. Labels like Nature et Progres, BioFarm, Lemaire-Boucher, Demeter, and even the Swiss supermarket chain Migros, all published the standards to which their chemical-free labels adhered and enrolled farmers who sold under their label. Customers had a range of choices as to how much purity they wished to pay for.

The benefit of that system was that when new research came out, the customers could see which labels had responded, and shift their purchases as they saw fit, forcing the other labels to shape up. In other words, it was a system driven by customer pressure. If one of the labels allowed hydroponics, the customers would know and could decide for themselves, and customers who were aware of the nutritional benefits of plants grown in soil, would patronize the other labels.

Under present organic standards, customers who believe in a soil-based agriculture don’t know when their food is produced hydroponically because that information is nowhere on the label.

Fertile soil is the most important factor in organic growing because of all its known and yet to be discovered benefits on the nutritional quality of crops. Hydroponic growing removes the crucial soil factor and replaces it with soluble nutrient solutions that can in no way duplicate the complex benefits of soil.

The traditional motto of organic growing is “Feed the soil, not the plant.” Hydroponic growing is based on the opposite strategy. 2015 is International Year of Soils. Let’s mark this important milestone by insisting that the USDA keep the soil in organic farming.

Eliot Coleman is a farmer at Four Season Farm and the author of The New Organic Grower, Four Season Harvest and The Winter Harvest Handbook. He has more than 40 years' experience in all aspects of organic farming, including field vegetables, greenhouse vegetables, rotational grazing of cattle and sheep, and range poultry. During his careers as a commercial market gardener, the director of agricultural research projects, and as a teacher and lecturer on organic gardening, he studied, practiced and perfected his craft. Coleman served for two years as the Executive Director of the International Federation of Organic Agriculture Movements and was an advisor to the U.S. Department of Agriculture during their landmark 1979-80 study, "Report and Recommendations on Organic Farming." Read more >