A New Water Paradigm for California 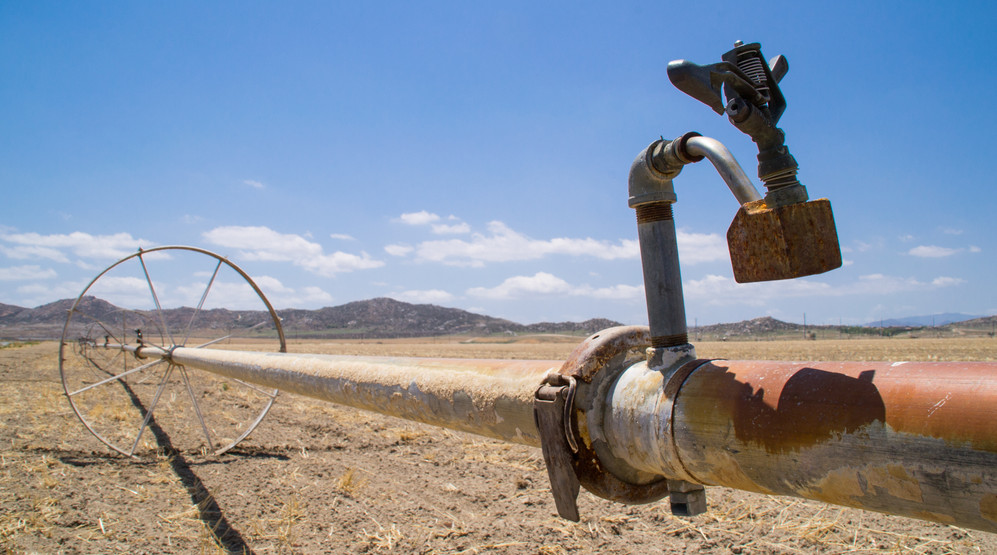 A fourth year of severe drought is waking Californians to the reality of global warming and the value of our most precious resource. The state’s reservoirs are dangerously low, and the California Climate Center is projecting that rising temperatures could result in 80 percent less snow pack by the end of the century.

Hard times call for bold action. We must rapidly transform how we manage our shrinking water supply, while ensuring that farms have water rights and robust incentives for changing the way they use water. But let’s not be short-sighted; let’s use the drought to fashion a new water paradigm and a management system that will serve us for the next 100 years.

Earlier today, the Sacramento Bee reported that Governor Jerry Brown is considering curtailing surface water rights on all farms, even “senior” water rights holders–those claimed before establishment of the state’s water rights permitting process in 1914. His statement has already stirred talk of court battles. But such fights can be avoided if cooler heads prevail and I believe there is a way forward.

A new system must include an updated water pricing and allocation scheme. Not that doing so will be easy–changing water rights would be a bold move and extremely difficult to achieve. And it terrifies most farmers because these rights determine survival in times like these. Looking at the recent media coverage criticizing agriculture’s water use, one can see why farmers would be worried.

But the blame game doesn’t work. California’s agriculture is essential to the state and the nation. About 6 percent of the state’s jobs are tied to agriculture in some way and that rises to 22 percent in the Central Valley. California’s farms and ranches also produce the nation’s healthiest foods (fruits, vegetables, and nuts). Farms can also be an important part of the climate solution. With the right techniques, farmers and ranchers can capture and retain more water and carbon, critical activities in mitigating global warming.

As the Governor moves forward, he should call on scientists, urban water agencies, rural irrigation districts, and other key rights holders to proactively fashion a new system that will ensure long-term access to water that is fair and capable of sustaining our diverse economy.

Some climate and water visionaries like the teams at the Public Policy Institute, California Climate and Agriculture Network, and the Pacific Institute, as well as the innovative practitioners involved in the California Roundtable on Water and the Food Supply have been considering new ideas for a more holistic and rational approach for several years now. All of these groups should be asked to weigh in.

Brown should also be looking at a modern precedent for a massive transformation in water rights and management: Australia’s Millennium Drought, which began in 2000 and persists today.

The Murray-Darling Basin is the Millennium drought’s epicenter and the top farm region in Australia, accounting for 39 percent of that nation’s agriculture income. After years of unsustainable water use, a 50 to 80 percent reduction in precipitation caused full system collapse. Rivers went dry and farms and cities were in crisis until lawmakers launched a water rights revolution. The Water Act of 2007 and the Murray-Darling Basin Plan limits water use “at environmentally sustainable levels by determining long-term average sustainable diversion limits for both surface and ground water.”

This means Australian farmers are given a yearly allocation of water determined by scientists and a per unit price. They can do one of three things: use the water to produce food or fiber, sell it or bank it for future use. This approach allows freedom of choice and economic incentives for saving water. Most Australian agriculture has less water today than it did before the drought, but it has more than it did during the peak of the crisis and water markets have led to new economic activity and softened the blow, often giving farmers cash flow to move out of one crop and into another.

Governor Brown is rightfully asking all Californians to adapt. But he needs to ask even more from policymakers, water managers, scientists, innovative business, and community leaders as the drought tightens its grip over the summer and the parched earth and high temperatures burn into our minds the new climate reality.

We need a 21st Century water management regime. One that is fair to nature, farmers, and manufactures, urban and rural people, and should be informed by the Murray-Darling Basin experience and innovators here in California. This bold move would offer a long-term mitigation and adaptation strategy to global warming and drought. Let’s do it now to avoid massive social and economic disruption later.