Spinach Recall Prompts the Question: Is Our Food Any Safer Than it Was in 2006? | Civil Eats

Spinach Recall Prompts the Question: Is Our Food Any Safer Than it Was in 2006?

Tracebility in the food system is the goal, but questions remain since the E. coli outbreak in spinach nine years ago. 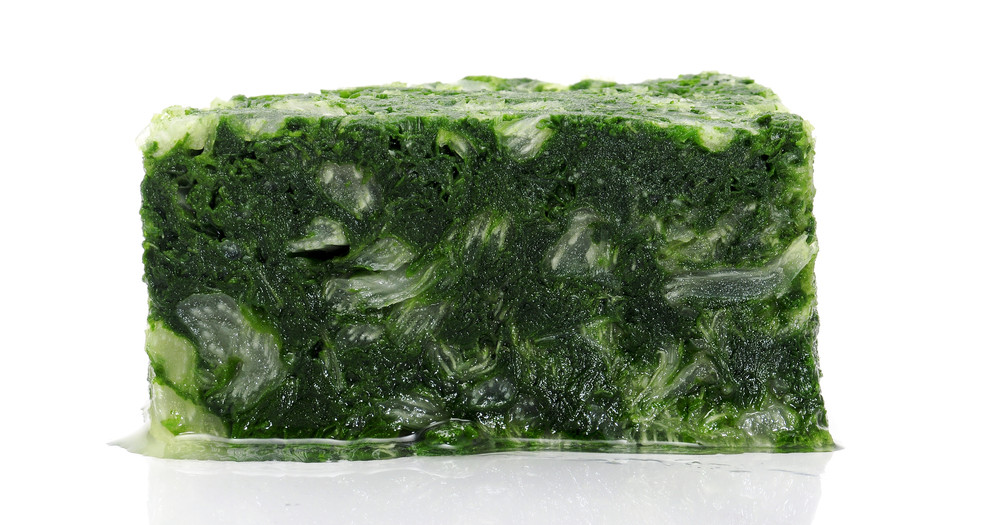 Over the past two weeks, grocery stores in every region of the United States and Canada have been taking frozen organic spinach–and a host of products ranging from frozen dinners to spinach dip–off their shelves. All the spinach in question, which may have been contaminated with Listeria, comes from a single California-based vegetable processing company.

No illnesses have been reported, but the massive recall has affected about half a dozen companies including Amy’s Kitchen and Rising Moon Organics and major retailers, among them, Target, Costco, Wegmans, and Giant Eagle. For many, it brings to mind the infamous E. coli recall that rocked the U.S. produce industry, killed three people, and sickened 205 in 2006. And it raises the question: Has our food gotten any safer in the past nine years?

“That outbreak was a watershed for the fresh produce industry. Not just leafy greens but all produce,” says United Fresh Produce Association Senior Vice President for Food Safety and Technology, David Gombas.

As leafy greens eaters may remember, in 2006, E. coli O157:H7 was traced to spinach that was grown and bagged in California and then sold all across North America. While scientists and regulators determined that the contamination was caused by animals in the field, the precise source was never definitively pinpointed.

The incident prompted new voluntary food safety guidelines for companies that sell leafy greens in California, the state that produces most of the nation’s lettuce and spinach. It also played a role in the creation of a major piece of federal legislation—the Food Safety Modernization Act (FSMA)—the (underfunded) rules of which the U.S. Food and Drug Administration (FDA) is still finalizing.

At the time, says Gombas, many produce industry leaders came to realize, “that a whole lot of information was missing” about the food we eat. “Not only on leafy greens but for fresh produce in general.”

Traceability—the ability to trace food from kitchen table back to its origins and locate the source of a problem if one occurs—is key to maintaining a safe food supply. And while there have been quite a few measures to improve quick identification of steps in the produce supply chain—who’s sold what to whom and when—some important information is still inaccessible to the food-buying public.

In the case of the current spinach recall, Coastal Green, the company that processed and sold the greens to other companies which turned it into to packaged frozen and ready-to-steam spinach or who used it in ready-to-cook or frozen pasta or dips, has been readily identified. But the grower(s) have not been. Nor is there any information available on where exactly the spinach was grown, not even from the FDA.

While some preventative measures—like basic hygiene for everyone who touches the produce—are relatively simple to achieve, identifying sources of contamination in the field is more difficult, Gombas explains. “By the time you get a positive detection, you’re days away from when the contamination event occurred,” he says.

But when it comes to Listeria, the pathogen in the current spinach recall, the “bug can occur at different points in the system, on the farm or in processing, so you need different precautions,” says Christopher Waldrop, director of the Consumer Federation of America’s Food Policy Institute. And like other food-related bacterial infections, Listeria is of increasing concern given the rise in antibiotic resistance.

“Ideally, as soon as a company finds out it has a problem, they should be letting their customers know and letting the public know. There shouldn’t be a time lag,” says Waldrop. But, he notes, the rules about when a company issues a recall are not dictated by law. “It’s all voluntary,” he says.

While the 2002 Bioterrorism Response and Preparedness Act requires food companies to keep sales records, the FDA’s requirements are not yet finalized. Several “pilot” traceability projects are now underway under FSMA to “explore and evaluate methods to rapidly and effectively identify recipients of food to prevent or mitigate a foodborne illness outbreak.”

Since food companies do their own internal food testing, it’s typically up to food processors and retailers to notify the FDA, which posts recall notices on its website and distributes them via email. The companies are then supposed to notify customers, but there aren’t any specific timeframes required by regulation.

Coastal Green “is conducting this recall voluntarily,” the FDA explained in an email. But the agency also stresses, “a recall action is a voluntary action on the part of the firm, unless mandated by FDA,” which would happen only in an urgent situation—if a serious contamination issue is confirmed—or the company has somehow failed to act.

In the current recall, processors and distributors receiving the spinach quickly notified food companies so products could be pulled from store shelves. “We immediately alerted FDA—it was the same afternoon (Friday, March 20) that we received the notice from Coastal,” says a spokesperson for Amy’s Kitchen.

“We have to follow where every ingredient goes in every product,” says Mark Hubbard spokesman for Twin City Foods, a processing, packing, and distribution company affected by the recall. Thanks to the changes that have occurred over the last decade, companies like his have a system for doing so. Hubbard calls the change, “a good thing.”

John Personeni, president of the Carmel Food Group which owns the Rising Moon Organics brand is not quite so sanguine. He says his company purchased the spinach in question for ravioli in December of last year, but wasn’t notified of a problem until March. “We’re usually notified much sooner. That’s why this is so disturbing,” he says.

The FDA, which is investigating the problem, had no additional specifics to offer in response to our questions. And it’s not clear what—if any—additional information will be available in the weeks to come. Coastal Greens did not respond to requests for information and its website does not list spinach among the company’s products.

The big questions, says Waldrop are: “How do we prevent this from happening again?” and “Would the [FSMA] rules that are coming out of FDA have prevented it from happening?”

The existing voluntary California leafy greens guidelines and the forthcoming FSMA rules include safety standards for things like irrigation water, manure use, equipment, and facilities. But ensuring food safety at the source also involves training and empowering farmworkers to report problems. Peter O’Driscoll, director of the Equitable Food Initiative, a private-public partnership that aims to improve working conditions on farms, says his organization is doing just that.

“One of the growers we work with instituted something they call red-button moments,” explains Waldrop whose organization is an Equitable Food Initiative member. “Any worker can stop the production line at any time.”

But not all farms have such a policy. And poor working conditions on farms are often associated with food safety issues. For example, Jensen Farms—the large Colorado cantaloupe grower responsible for the 2011 Listeria outbreak that killed 33 people—was fined the very same year for providing their workers with substandard, unsanitary housing.

“The really good news is while the [recall] was widespread,” cases “of illness or problems are nonexistent as far as we can tell,” says Hubbard.

But just how much of that outcome is due to luck, versus the product of recent changes, is still hard to gauge.