New research says the CSA model has caught on like wildfire in recent years. But it might not be the silver bullet for small farm survival. 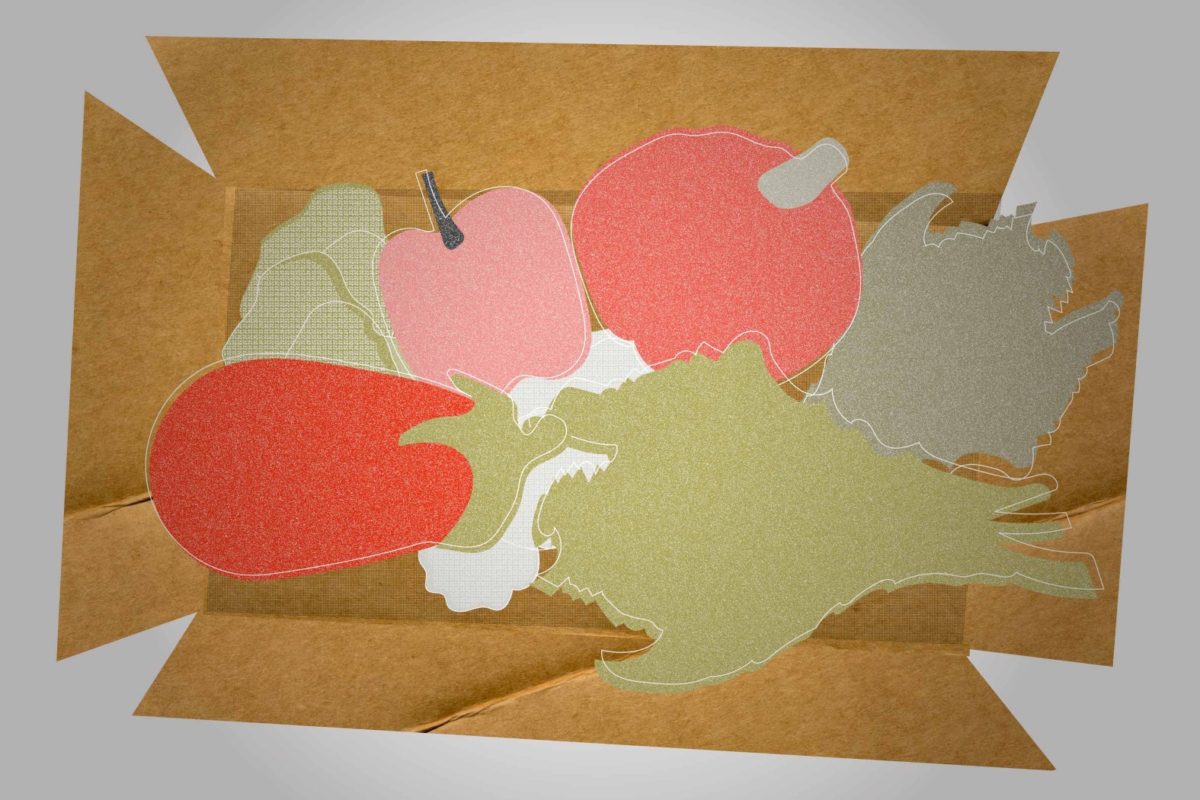 Can a Community-Supported Agriculture (CSA) subscription service help more small farms survive in today’s consolidated food landscape? In 2014, economic researcher Mark Paul conducted in-person interviews with 16 Massachusetts farmers for Ecotrust and E3 Network’s Future Economy Initiative. The area where Paul did the research, called the Pioneer Valley, was home to one of the first two CSA businesses in the United States, founded in 1986. Now, it’s the epicenter for a new wave of CSA activity and can shed valuable light on the industry as a whole. 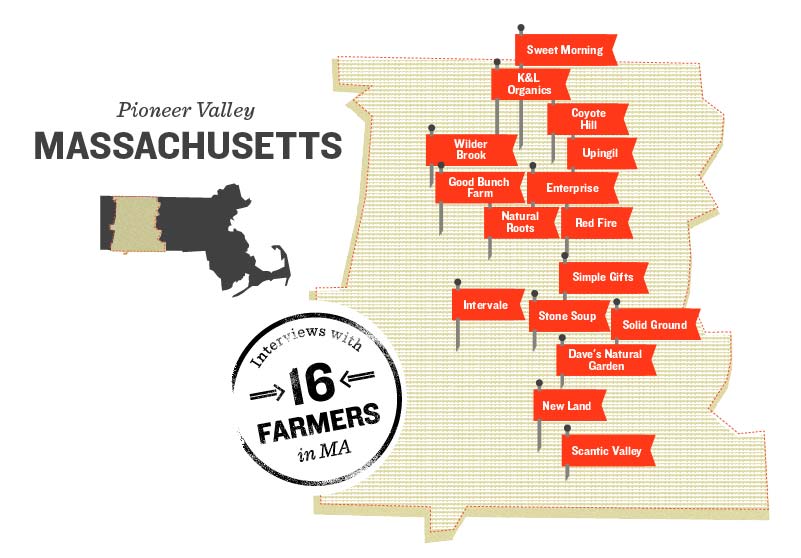 CSA describes a long-term economic arrangement between farmers and eaters that cuts out the middlemen. How does it work? CSA members pay the farmer before the growing season begins, thus providing working capital for the farm. In turn, the farmer provides members with weekly produce representing a share of the harvest throughout the growing season.

In the United States, CSA farms have proliferated exponentially—from two in 1986 to 6,200 known CSA farms in 2014—with at least one in each state.

What explains this energetic growth? CSA offers a very different vision of success and viability for farmers who want to make a living while contributing to a healthier planet—especially young and new farmers. Specifically, the CSA structure holds opportunities outside the mainstream commodity market for small and mid-scale farmers to find affordable land and capital, generate reliable income, and develop risk management strategies. 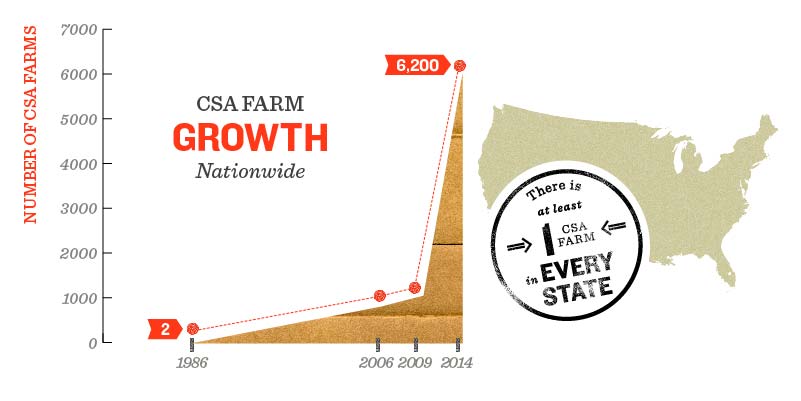 Is CSA Living Up to its Founding Principles?

Paul investigated how CSA benefits communities as a whole. His interviews and research are especially important in light of the continuing trends towards farm consolidation.

Somewhat surprisingly, the total production and sales of local farms does not directly benefit social and economic well-being of the surrounding community. Instead, it’s the number of individual farms and farmers that encourages community-scale economic well-being. A Pew Commission report [PDF] indicates that communities with fewer total farms have experienced lower average family income, higher rates of poverty, and persistent low wages for farm workers. The CSA model can intentionally support many small farms working side by side. 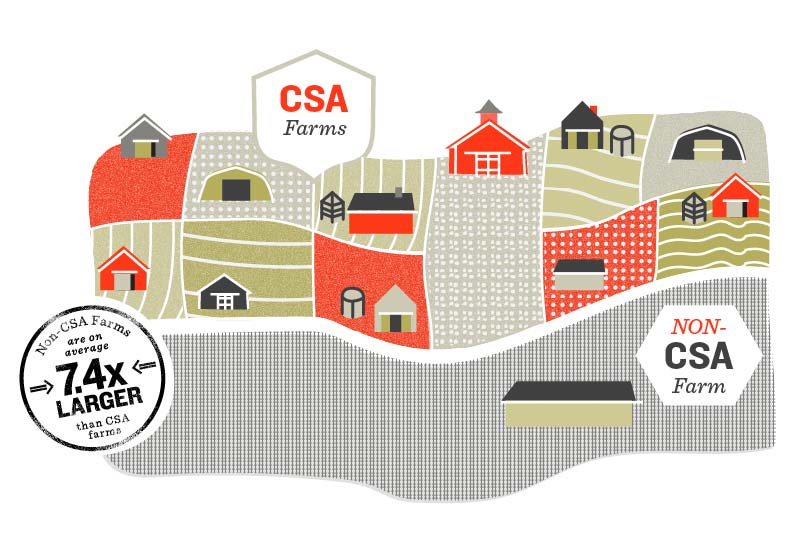 How Are CSA Farmers Faring? Not so Well.

Despite its intentions to buck the system, CSA cannot escape the larger market and policy environment in which it operates: U.S. agriculture rarely supports a living wage for farmers or farmworkers.

Of the Pioneer Valley CSA farmers Paul spoke with, 81 percent responded that their full-time farming activities were not producing a living wage. What’s more, as farmers attempted to remain competitive, they frequently found themselves struggling to pay their workers a decent wage. At the same time, they acknowledged non-monetary benefits of their lifestyle as CSA farmers, including ample fresh food, community relationships, and a sense of purpose, which had great value for them.

The bright side of this dark financial picture: CSA farms provide higher average farm incomes than USDA averages. The median farm income of CSA farms interviewed was $1,280 above nationwide average reported by the USDA—but this still didn’t represent a living wage. 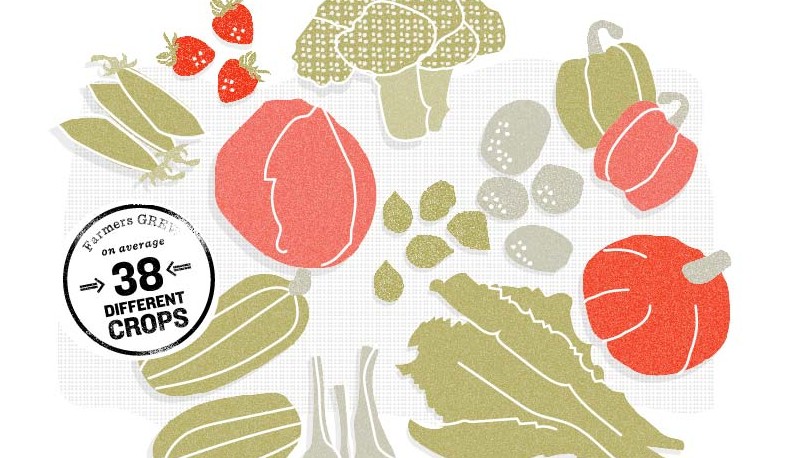 Farming is inherently full of risks outside the farmer’s control. Historically, crop insurance policies were structured in a way that prevented CSA farms from being eligible, and no CSA in the study was covered by crop insurance. That may be changing with the 2014 Whole-Farm Revenue Protection Pilot Program. But in the meantime, CSA farmers are utilizing numerous tactics to mitigate their risks.

For example, the CSA farmers in the study grew an average of 38 different crops and a whopping 115 varieties. The arrangement between the farmer and members ensures that if one crop fails, the members still take what survives: a guaranteed market. Additionally, crop diversification allows farmers to have long-term crop rotation patterns, reducing the risk of crop failure through fewer problems with pests and weeds—and healthier soil.

The Upfront Working Capital Keeps Farmers Out of Debt

The CSA farm structure is also designed to reduce the farmers’ reliance on bank loans. Traditionally farmers purchase inputs in the winter, but do not sell their produce until late summer or fall harvest. To purchase their inputs up front, farmers are forced to take out operating loans, which accrue interest until harvest season sales. CSA provides access to working capital for farmers, debt free, while increasing community investment in their success.

The CSA farmers in the study noted that they had a fair idea of what their income would be for the season ahead, providing them the ability to plan and a degree of security that would otherwise be difficult to achieve on the farm.

Next Generation Farmers and Flocking to CSA

Several mechanisms make CSA attractive for first-time farm owners. CSA has been shown to improve access to land through relationships with organizations and individuals seeking to preserve farmland and support sustainable land use. This is a critical tool for reducing the barriers to entry for young and new farmers. Also, CSA has been shown to attract women in greater numbers to farm careers.

CSA farms also frequently rely on apprentices and interns for farm labor. For people who don’t come from farming families, this training is valuable and can lead to farm ownership. But there are mixed experiences with apprenticeships, which often come with a stipend and housing, but rarely a living wage. 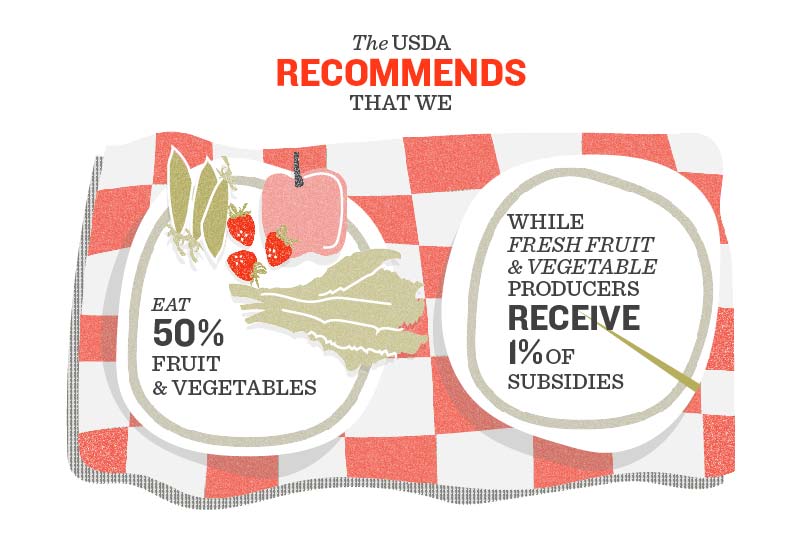 If Farmers’ Wages Are So Low, Why is the Food Expensive?

CSA farms are trapped in a lose-lose conundrum in which the farmers are not making enough money for a living wage, while simultaneously, CSA shares are too expensive for many community members.

The central challenges facing CSA moving forward are providing fair compensation to farmers and farm workers, while making shares available at prices that can attract more members of the community. However, Mark’s study found that this paradox is part and parcel of the larger food policy environment, which heavily biases large scale commodity operations. For real change in the economic viability of CSA, national food policy will have to create a more level playing field that supports diversified small and mid-scale producers, as well as unsubsidized fruit and vegetable growers.

Despite the Challenges Ahead, CSA is Offering Something Distinct and Valuable.

Although national food policy drags down the viability of CSA, the model’s tremendous growth nationwide testifies to its appeal among farmers and eaters who aim to support a vibrant and sustainable community, economy, and environment. The CSA farming model sets forth a unique market structure that intentionally creates more symbiotic relationships between farmers and eaters, who are investing in each other’s health and success.

The proliferation of CSA offers a new suite of opportunities for addressing farm viability. Farmers and members constitute a critical mass that can push for national policies to address the common needs of CSA farms. Networks of CSA farmers could also become more efficient and effective through cooperation rather than consolidation, for example by sharing infrastructure, marketing, and educational opportunities. It is the connectivity and solidarity of CSA farmers and members that holds the greatest promise for improving the business model’s viability.

Researcher Mark Paul is a Ph.D. candidate in economics at the University of Massachusetts Amherst. Mark’s primary research fields are applied microeconomics and development. His research investigates the relationship between different agricultural systems and economic development.

Read the case study, Community Supported Agriculture: A Model for the Farmer and the Community? [PDF].

This piece originally appeared on the The Future Economy Initiative website.