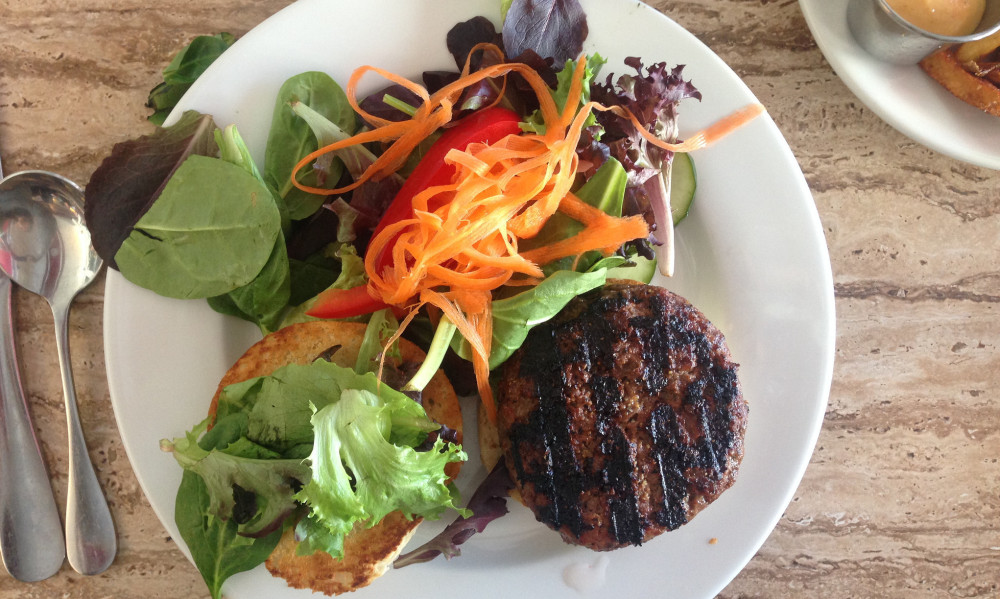 When you order a burger in a restaurant, chances are it’s comprised of several grades of ground beef that come from more than one animal raised in completely different locations.

And while more businesses are building brands around the fact that they serve local, pasture-raised, and grassfed burgers, it’s much less common to eat in a restaurant run by a family that raises its own cows.

Enter Grazin’, a four-year-old diner in Hudson, New York, with a new outpost in Tribeca. Grazin’ is operated by Dan and Susan Gibson, the owners of the eponymous Grazin’ Angus Acres, a 500-acre farm around 120 miles outside of the city. The Gibsons started farming in 2002, and today they farm with their son Keith, who manages the farm, his wife Nicole, the Gibson’s daughter Christine, and her husband Chip, who oversees the two Grazin’ restaurants.

On a recent visit to the farm, cattle ambled over grassy fields, their calves close by their sides. Fences stretched in all directions and snow sat underfoot, reminding us that although it was March, winter was still here. “They only have one bad day in their life,” Dan Gibson said with pride. 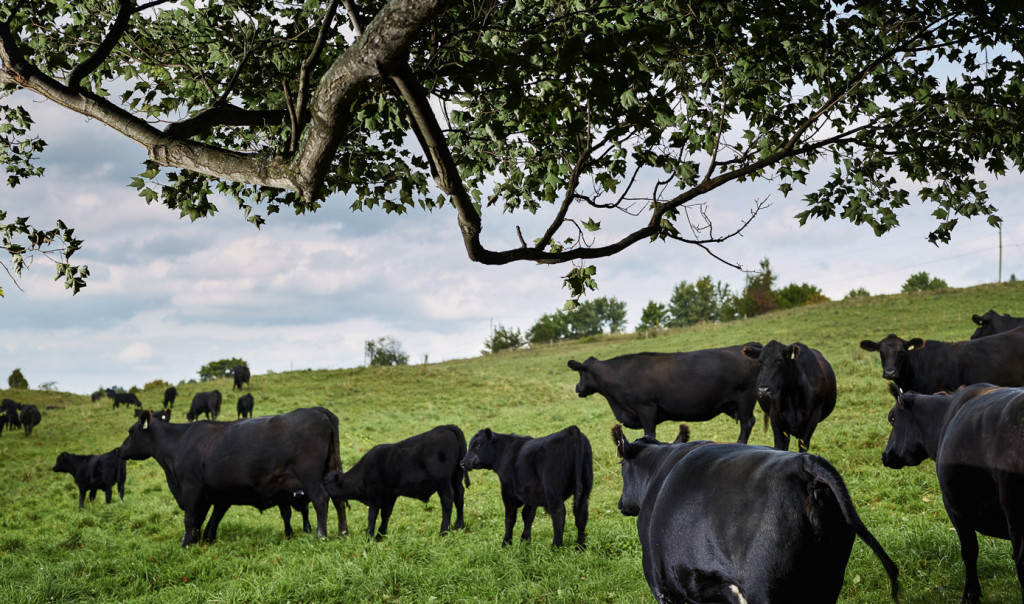 The couple bought the farm in 2002, but at first hired others to run it. “The farm was my idea,” Susan Gibson tells me while we’re sitting in the back of a pickup truck touring their property. “We lived in Westchester, and we came home and I told him I had found a farm. We were 45 at the time and Dan wasn’t ready to retire.”

It wasn’t until Dan, who had been working for an international hotel chain, read The Omnivore’s Dilemma in 2006 that he discovered his raison d’être. He refers to his well-worn copy often as we tour the grounds.

“I knew that we wanted enough animals to feed us and to have a dairy,” recalls Susan. “But Dan was Type A and he took off with it. Next thing I knew, we were at an auction … before we knew it, we had 300 black Angus.” They also have 100 heritage laying hens, 100 Tamworth pigs, and a micro-dairy made up of 20 Jersey cows. What doesn’t make it to their diner gets sold at two local farmers’ markets in Manhattan.

The key differentiator among farmers like the Gibson’s is the fact that they finish their animals on grass, rather than corn. But doing so takes time and requires a great deal of land, as the animals must be rotated often. What the pastures lack in grass in the winter the family makes up for with dry hay and baleage, which is made in the summer months from rye and orchard grass with broad-leaved ladino. The grass, high in both carbohydrates and sugar, is cut and wrapped tight in biodegradable plastic so that no oxygen gets in and no fermentation can happen. “When you open it up in March, it smells like you just cut it and the animals go nuts for it,” Dan explains.

Although the AWA label often accompanies the certified organic label, only 46 percent of AWA-certified farms are organic, meaning they feed their animals certified organic feed. Dan is part of that group because, as he puts it, “I feed everything the way I want to eat and I’m willing to pay for it.”

The two Grazin’ locations are also the only 100 percent AWA-certified restaurants. Other establishments might offer a few dishes, but Andrew Gunther, AWA program director, says the organization created the restaurant certification just for Grazin’. Even their mayo is approved.

“Dan takes farm-to-fork to a whole other level,” says Gunther.

Eating at Grazin means you’ll never see a Sysco truck parked out front because every ingredient on the diner’s menu comes from their farm or from people the Gibsons know personally. If tomatoes aren’t in season, well, you’re not going to find one on your bun. When Prodigal Farm is held up making cheese, it means no blue-cheese burger. Buns are made down the street at the Waldorf School, and when chicken soup is on the menu, it’s made from the Gibson’s retired egg layers.

Is Grazin’ in the black? “Not by much,” says Gibson. “But we’re eating well.”

Photos, from top: A Grazin’ burger by Larisa Zimberoff; Dan and Keith Gibson, by Audra Mulkern for TEDx Manhattan; the black Angus cows at Grazin’ Angus Acres by Michael Altobello.