Stephen Satterfield: Bridging the Food Movement and the Culinary World 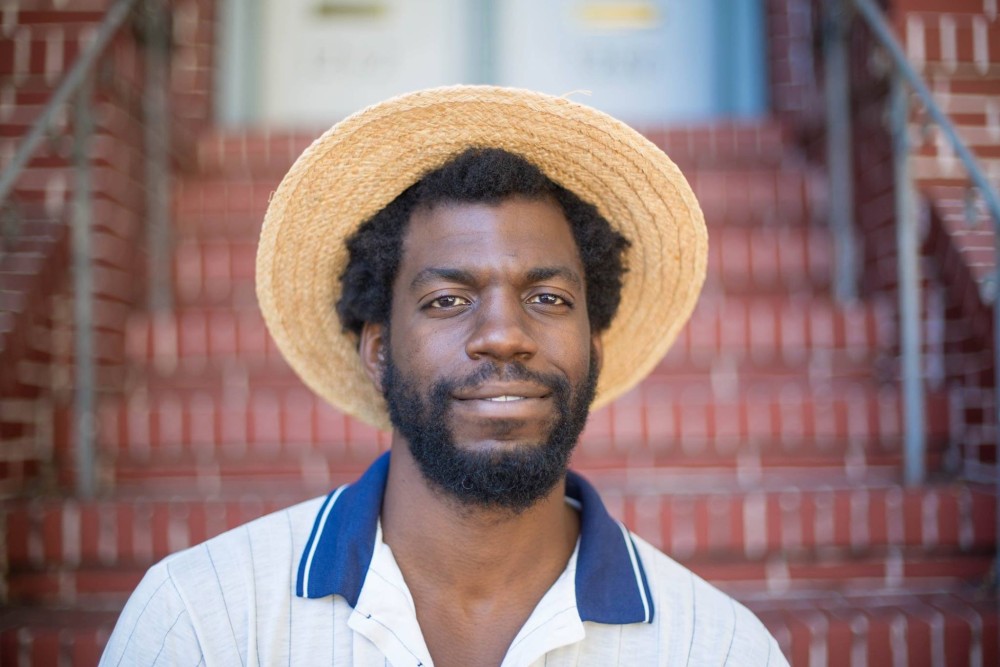 When Stephen Satterfield moved to San Francisco in the summer of 2010, the restaurant industry veteran had the good fortune of landing a gig managing Nopa, one of the area’s hottest farm-to-table restaurant named for the recently rebranded, fast gentrifying neighborhood where it is located. At the time, the Georgia native had no idea that he’d play a role in connecting the restaurant to its surrounding community.

Satterfield began spending time in nearby Alamo Square Park, with its picturesque views and iconic row of Victorian houses called the Painted Ladies. But there was another view that caught his attention: the dramatic façade of the city’s oldest, continuous-running high school.

Unlike the tourists or even many local residents, Satterfield noticed a lot of black and brown faces coming in and out of the building. He decided to get to know the Ida B. Wells High School and discovered that it was an alternative school for at-risk youth trying to make up time in courses and credits and come out on the other side with a diploma.

The school offers small classes intended to help students who struggle academically. “The students are mainly 16- to 20-year-old black and Latino city kids, from marginalized communities in San Francisco,” says Satterfield. “It’s the school of last resort for these students.”

But where some might see challenges, others see potential. Soon Satterfield met seasoned chef Alice Cravens, who runs the culinary arts program housed in the school’s basement called Heat of the Kitchen, where students learn valuable skills transferable to the city’s thriving food industry.

Cravens, who once owned her own tea shop in the city and worked at the acclaimed Chez Panisse restaurant in Berkeley, is both a collaborator and an inspiration. “Alice is teaching the kids not only how to cook, but how to develop skills as individuals and as part of a team in a professional environment,” he says.

The school also has a modest garden, dating back to the 1970s. Satterfield found an overgrown plot with mostly sandy soil. The area’s dense fog and strong winds made it an inhospitable spot for growing produce. There were no real beds or planter boxes, or place to store tools. No matter, Satterfield saw potential. Much like the students inside, any vegetables grown here needed to be resilient and able to withstand harsh conditions.

In 2012, the novice gardener set out to reinvigorate and replant the garden along with a few restaurant, school, and community volunteers. That first season not much grew, and Satterfield admits he was dismayed by the paltry harvest. But he didn’t give up. He and a few fellow restaurant volunteers went back in 2014 and built planter boxes and transferred healthy soil donated from a city farm and another high school.

He’s now the default garden manager, growing kale, collards, potatoes, lettuce, and herbs. He’s even found a sunny patch where Sungold tomatoes thrive. And all the produce finds a home in the Heat of the Kitchen classroom.

This year the school is undergoing extensive renovation and the students have been relocated to another campus until 2016. So Satterfield and other Nopa managers trek across town to the temporary school site to talk with students about job skills and professional development.

Satterfield can relate to the angst-filled adolescents and their restlessness; not that long ago he would have described himself the same way. Once the students return to the school, he’d like to help formally integrate gardening into the curriculum.

Satterfield’s school garden project may be on temporary hold, but the 30-year-old remains busy with other projects. In 2013, he launched Nopalize, a digital media platform about local food culture in the Bay Area funded by the owners of Nopa. He left his job at the restaurant a year ago to work on Nopalize full time. The site showcases the work of local growers and producers and is geared towards industry-centric food lovers.

Here’s the thing about Satterfield: He straddles both the food movement and culinary crowds. And that’s kept him fresh, curious, and hungry. A striking, string bean of a man, Satterfield is an avid explorer, whose winding path has lead him to want to bring people closer by connecting through food and farming.

A sommelier by training and profession, Satterfield had long been drawn to San Francisco, its surrounding natural beauty and proximity to the Wine Country.

His wine education came early, courtesy of a high school friend’s father, whose cellar was loaded with fine vintages from Italy and France. From Georgia he decamped to the West Coast, to attend University of Oregon at Eugene, but dropped out and enrolled in the Western Culinary Institute’s School of Hospitality and Restaurant Management in nearby Portland. “That’s where I cut my teeth on fine food and wine,” he says. “And since the very first day of class I’ve had zero doubts that I’d be in this business for life.”

Satterfield found a job at Portland’s posh Benson Hotel, then enrolled in sommelier classes via the International Sommelier Guild and had the chance to introduce hotel guests to obscure wines from around the globe by hosting daily tastings in the lobby for a steady stream of, he says, mostly middle-aged ladies from Arizona and Washington. He was just 21.

But he wanted to reach a wider audience. In 2007, he founded a nonprofit called the International Society for Africans and Wine, which helped black South Africans break into the winemaking market. The organization, which disbanded in 2012, helped African growers get their wines into U.S. markets and used wine as a catalyst for economic development.

Burned out from charity work, Satterfield then briefly moved to the Sierra Foothills and lived on a farm, where he “dug ditches, burned stuff, hammered stuff, and shoveled, shoveled, shoveled.” The rural life proved too isolating, so he headed to San Francisco, where he quickly fell back into restaurant work and embraced the Bay Area’s thriving culinary scene and access to abundant, farm-fresh food.

Satterfield grew up on Southern cuisine: fried chicken, cornbread, mac and cheese, fried catfish, hushpuppies, collard greens, and, on Sunday, lots of sweet treats, in a house where his dad was the resident chef and gatherings around the dinner table were a common occurrence.

His grandmother’s death at age 59 from diabetes was a wake-up call for his whole family. “It was really sobering for us, because homemade cakes and pies were such a big part of not just eating, but our fellowship,” he says. “My mom in particular became an incredibly healthy eater after this happened. We still eat our sweets using my granny’s recipes, but less.”

Satterfield continues his family tradition of finding fellowship through food in his work. Last year, at Nopalize he launched an offline series of farm tours and lunches to help connect people to their food in real life. That series will kick off again later this spring. The intimate, interactive trips have proved a hit with Nopalize fans. And they also represent a palpable desire on his part to engage with the food producers in his community.

“It’s no surprise that a restless soul like mine wandered to new places, but what has been a surprise is how this love affair with food and wine has taken my attention and quieted the pacing,” wrote Satterfield in a recent piece for Edible Marin and Wine Country. “I have found my life’s purpose while establishing deep, lifelong connections.”

Photo at top by Dijon Bowden.