For women in Wisconsin, potlucks can mean the difference between farming alone, and feeling like part of something bigger. 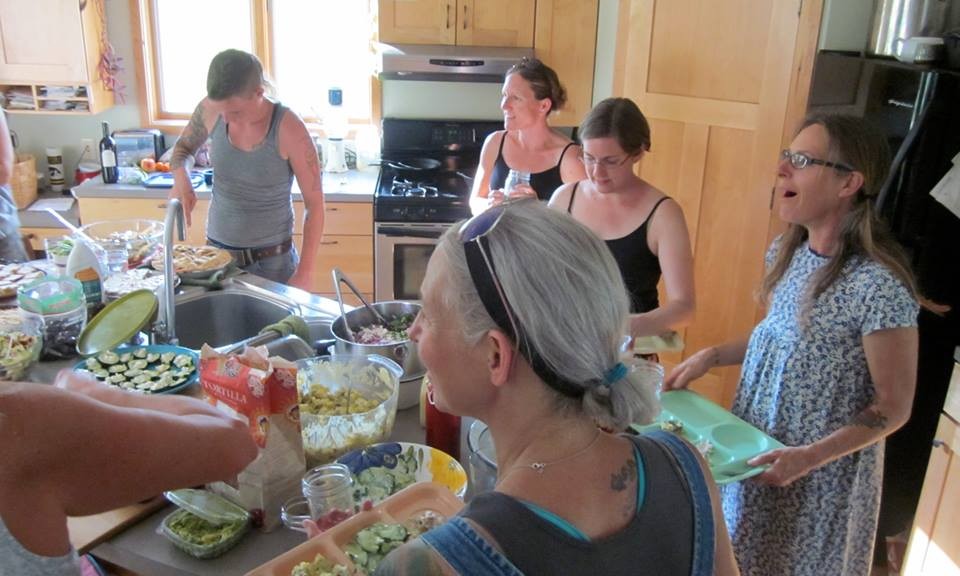 As Michelle Cannon slowly transitioned into becoming a full-time vegetable farmer in Burlington, Wisconsin, she felt like an outcast in a region blanketed with male-dominated agriculture. In need of guidance about vegetable varieties, growing, and even equipment, the 52-year-old feared farming on her own would be impossible. Then she met a fellow female farmer from several miles away at the local market and struck up a friendship.

The pair helped each other navigate plantings and marketing, like pioneers in a changing rural landscape. Their “Lone Ranger” status, as Cannon refers to it, shifted last January when they attended the first informal potluck held by the newly formed Southeast Wisconsin Women in Sustainable Agriculture.

Christine Welcher, an organic farmer, started the group last March. In December, she began sending out emails to a handful of local women, suggesting that a grassroots movement fueled by simple potlucks would form a needed network. The idea traveled by word-of-mouth. Slowly, the farmers learned of one another, even if they were miles apart.

The potlucks now take place in three regions of the state, and Cannon calls them a route “to survival.”

Fueled by the very food they raise and grow—crisp salads, pulled pork, homemade cheese—the potlucks have become a forum for women to share information: where to buy tractors and hay, who might have a farm for sale, the name of good plumber. Some have found home for an abundance of farm cats, while others donate older vegetables as feed for piglets.

Each potluck includes a tour of the hosting farm, formal introductions, and requests and offers of help and resources. Throughout the year, guests stay in contact through a listserv.

At a potluck Anna Prusia of the 50-acre Dorothy’s Grange held last summer, women “shared the season” by setting up a barter table filled with jams, soaps, cheeses, sundried tomatoes, “and everything created over the year,” she says.

Potlucks have also sprouted business partnerships. Cheesemaker and goat farmer Anna Landmark met Anna Thomas Bates, who became her business partner and assistant, at a potluck. The two now run Landmark Creamery near Albany, Wisconsin. And, thanks to the potlucks, Lori Stern and LeAnn Powers have found local women-owned sources for the meats, cheeses, and produce they serve at their farm-to-table cafe, Cow & Quince. 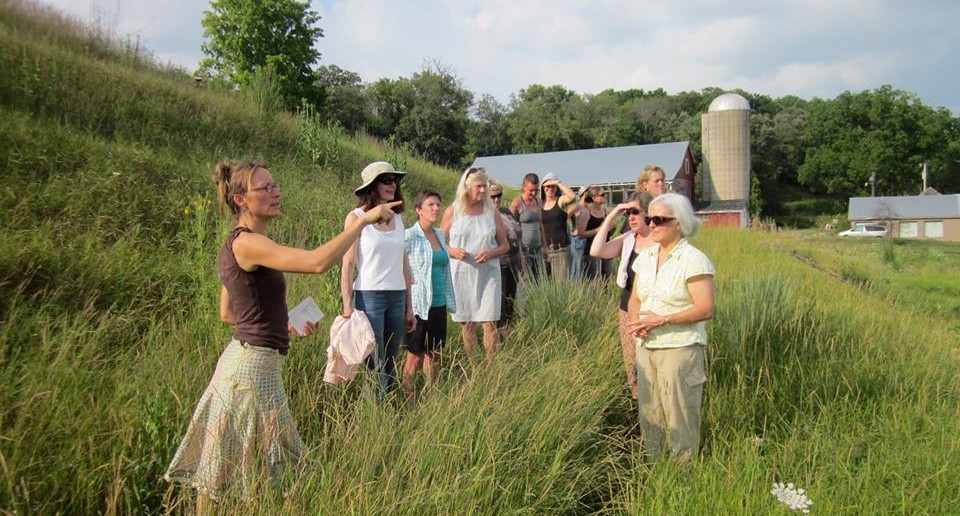 The number of farms run by women nearly tripled between 1987 and 2007 [PDF] and women remain the principal operators of 14 percent of the nation’s farms, despite a drop in the number of farms overall. As the number of women farming everything from organic produce and livestock increases, so does their need to connect.

The more women get to know one another, the less they tend to feel competitive. “I’ve attended dozens of classes through the local extension service where men farmers dominate the room and the women farming sit in the back, too shy to ask a question,” Welcher says.

The Wisconsin potluck movement began nearly five years ago when farmer Lisa Kivirist of Inn Serendipity Bed & Breakfast and Farm in Monroe, Wisconsin held an informal gathering of local women. From there it grew to become a small potluck movement in which a handful of Green County farmers who also attend the yearly Midwest Organic & Sustainable Education Service (MOSES) conference began to meet informally in Southwest Wisconsin. Today the potlucks draw dozens of farmers, homesteaders, and women who are interested in farming.

“There’s just so much you need to know as a woman farming alone. I’m growing 30 different kinds of vegetables and there are 30 varieties of each one,” says Cannon, the former Lone Ranger. “If I had not been able to ask other women for guidance and help, I wouldn’t have been able to make it.” Aptly, Cannon says that the theme and topic of her first potluck, hosted at her 11-acre LarryVille Gardens in April, will be “Growing Pains.”

Networking among female farmers is expanding nationally, and it’s taking a number of creative forms. Some women gather for pub nights or farmer girls’ nights out. Noreen Thomas of the Doubting Thomas Farm says women in her area are meeting through a tool-sharing program. In California’s Napa Valley, women viticulturists have started to network in their male-dominated industry by holding bocce ball games, says Debby Zygielbaum, who grows grapes for Robert Sinskey Vineyards. Nationally, many farmers connect via the Iowa-based Women, Food & Ag Network (WFAN) which began as a service for widow farmers trying to figure out what to do with their land.

Prusia says that newfound networking is also leading more women to participate in farm and food politics. “We are coming together to make some changes in our policies,” she adds. “We have to think about how we can change the system so it works better for small farmers, such as the Wisconsin Cookie Bill.” Earlier this year, WFAN and MOSES collaborated to launch Plate to Politics to advance women’s leadership in sustainable agriculture and food systems development.

Like farming itself, the network runs that gamut from the political to the deeply personal. Case in point, one recent potluck participant was new to the area. “She said she needed female friends because all she had was a fiancée,” Stern recalls. “Another woman’s husband ended up doing their wedding ceremony. Lovely stories surface.”