All the News That’s Fit to Eat: Dietary Guidelines Edition 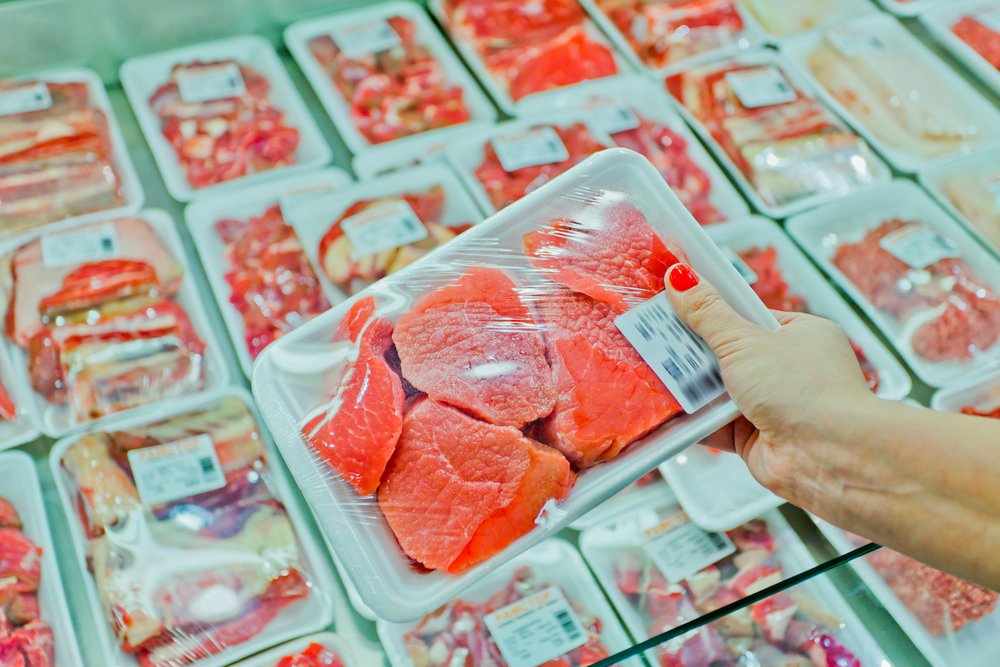 It may seems like the Dietary Guidelines for Americans, which recommend the best combination of protein, grains, and produce, to keep you healthy, fit, and free of disease, are set in stone. But they’re actually revised every five years by a panel of nutrition scientists—and because the guidelines impact billion-dollar government programs like school and military lunches as well as consumer guidelines like the food pyramid, or the more recent MyPlate, updating them is a highly politicized process.

This year, the U.S. Dietary Guidelines Advisory Committee (DGAC) took the unprecedented step of making recommendations that were good for the environment as well as the health of the American people, in a move that nutritionist and author Marion Nestle called “courageous.” The meat industry, however, sees it a little differently, and it’s fighting back.

“A diet higher in plant-based foods, such as vegetables, fruits, whole grains, legumes, nuts and seeds, and lower in calories and animal-based foods is more health promoting and is associated with less environmental impact than is the current U.S. diet,” states the 571-page recommendation. It also says that  “the average U.S. diet has a larger environmental impact in terms of increased greenhouse gas emissions, land use, water use and energy use” compared with a more plant-based diet.

This alone would probably be enough to antagonize the meat industry, which has pushed back on changes to the dietary guidelines many times before. But a seemingly contradictory footnote in the proposed guidelines, which says that “lean meats can be part of a healthy dietary pattern,” is what the meat industry is rallying behind.

“I feel like they’re hiding behind the footnote,” a spokesperson for the North American Meat Institute told NPR’s The Salt. “It’s like a whisper. They’re shouting to limit red and processed meat, and whispering about lean.” Industry groups like the National Chicken Council and the National Cattlemen’s Beef Association have released statements opposing the new guidelines on the grounds that both red and processed meats can be lean.

Meanwhile, lobbying against the contradiction is in full force on Capitol Hill, and the industry has deep pockets. The meat processing and livestock industries spent about $7 million on lobbying last year, according to the Associated Press.

It’s not just Big Meat protesting the guidelines, either. Sustainable beef producers like Niman Ranch would also feel the consequences of the guidelines and many in Congress are defending the beef industry.

For its part, the DGAC is saying that it’s comfortable with its message—lean meat can be part of a healthy diet, but also should be eaten sparingly for a number of reasons, including environmental ones. Compared to other livestock production, U.S. beef production requires 28 times as much land and produces five times as much greenhouse emissions, and the average American consumes 70 percent more protein than the body can use, food writer and author Anna Lappé points out in an editorial in Al Jazeera.

She also calls attention to the full-page open letter in The New York Times from nutritionists and other industry leaders that ran on Tuesday, urging people to believe the science, not the spin, and submit their comments to health.org by May 15. The guidelines will be finalized later this year.

Here are some other stories you may have missed this week:

The plan, to be announced Friday morning, is aimed at drastic reduction of antibiotic resistance over the next five years. They goals include “investing in new diagnostic tools and antibiotic drugs, improving antibiotic use, surveillance and prescribing practices in livestock and hospitals…” but no actual regulation of livestock operations.

High school and college students around the country are voluntarily giving up Frosties in a protest against Wendy’s, after the fast food chain refused to participate in the Fair Food Program, meant to fight farmworker abuse and poverty. The protest’s goal is to end school contracts with Wendy’s until it participates in the program, which was created by the Florida-based Coalition of Immokalee Workers (CIW). A previous CIW-led protest against Taco Bell led to the company signing a Fair Food Agreement with the group in 2005.

The U.S. Department of Agriculture has proposed a change to the definition of what it means to be “actively engaged” in farming. Around 1,400 operations could lose eligibility for government subsidies under the new definition, which requires managers to put in an annual 500 hours of substantial management work or 25 percent of necessary time for the operation’s success. It’s a response to a 2013 report by the Government Accountability Office that found that some farms were claiming 11 or more people as “active personal management,” some of whom hadn’t even visited a farm. The new definition wouldn’t apply to family-owned farms.

How We Can Bite Back at Seafood Fraud (National Geographic)

If nearly a third of the world’s seafood catch is illegal, unreported, and unregulated, how can we fight against fraud? The White House has released an action plan to stop fish fraud, including tracking seafood from catch to entry in U.S. ports. It plans to have the final rules in place by 2016.

Are Slaves Catching the Fish You Buy? (Associated Press)

In a related story, AP reporters spent a year attempting to follow the supply chains of slave-caught seafood. They tracked a single large shipment from an Indonesian village to a Thai harbor, where it was distributed to “dozens of factories, cold storage plants and the country’s biggest fish market.” Many of those factories ship seafood to the United States. They also talked to several dozen current and former slaves about the often-horrific conditions they endure.

In light of last week’s revelation that glyphosate, used in Monsanto’s Roundup, will probably cause cancer in humans, food writer Mark Bittman says that “it’s time to mandate that the corporation—not the taxpaying public—bear the brunt of determining whether it should still be sold.” A new bill from the House of Representatives that would enable companies to voluntarily put a government-approved, GMO-free seal on their packaging could help consumers make better informed choices about what they’re putting in their bodies.

Seattle’s first food forest has opened in the Beacon Hill neighborhood, now the largest edible garden in the United States. All of the food grown on its permaculture-farmed 2 acres is up for grabs, from fruit and nut trees to berry vines and herbs and vegetables. The food forest is kept in good condition thanks to its mailing list of 2,500 volunteers, and it’s inspiring projects around the world.