Members of the Academy of Nutrition and Dietetics (AND) are uniting against Big Food like never before. 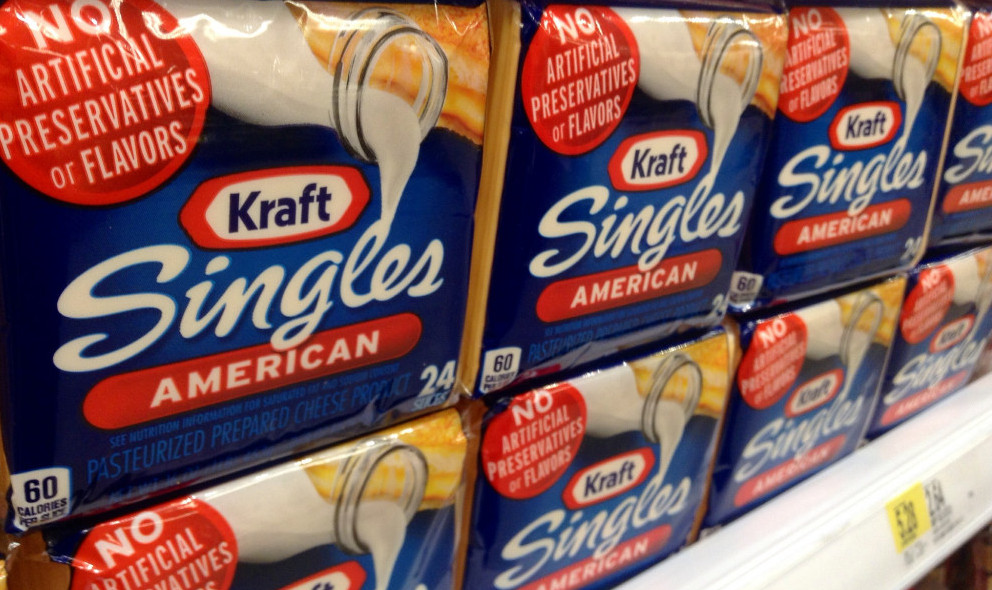 Earlier this month, The New York Times reported on a new collaboration between the Academy of Nutrition and Dietetics (AND) and Kraft Foods. According to the article, Kraft Singles will soon begin carrying a nutrition seal that reads “Kids Eat Right” from AND on its packaging. While Kraft told the Times that the Academy had endorsed the product, the Academy “emphatically denied” the endorsement, saying instead that it was using the seal “drive broader visibility to KidsEatRight.org,” a website the organization created to be “a trusted educational resource for consumers.”

Since then, the story has garnered headlines and resulted in a short segment on The Daily Show, with Jon Stewart saying that AND “is as much an Academy as [Kraft Singles] is cheese.” Ouch.

AND, formerly known as the American Dietetic Association, is a professional society that represents around 75,000 dietitians, dietetic technicians, and other food and nutrition professionals. (Full disclosure: I am a member.) According to its website, AND “is committed to improving the nation’s health and advancing the profession of dietetics through research, education, and advocacy.”

Although most dieticians have not been surprised by these recent developments, the Kraft deal has many up in arms in a way I’ve never seen–mobilizing, organizing, and demanding change from the AND leadership. As Dr. Marion Nestle, professor of Nutrition, Food Studies, and Public Health at New York University, told TakePart: “The capital N news is that dietitians are fighting back at last.”

AND has had a cozy relationships with the food and beverage industry for years. In 1993, it teamed up with McDonald’s to develop a line of Happy Meal toys. Coca-Cola and PepsiCo have been premier sponsors of the group since 2008. In 2010, AND joined forces with the Hershey Center for Health and Nutrition “to educate Americans on better, balanced eating.”

Last year, the Academy’s Foundation received a grant from Elanco, maker of livestock pharmaceuticals, to “teach dietitians about farming.” The organization’s annual conference has also been a source of controversy [PDF] due to a plethora sponsorship and messaging from companies, including CocaCola, Pepsico, General Mills, Unilever, and Kellogg’s.

Many of these developments have angered AND’s members over the years, but rarely has the past outcry resulted in any real change within the organization. Following a 2013 report detailing the ties between AND and the food industry by public health lawyer Michele Simon, many dietitians became aware of the problem. In fact, several of us came together to create a group called Dietitians For Professional Integrity (DFPI), and I am currently the group’s Strategic Director.

But it wasn’t until the Kraft collaboration news last week that AND’s members finally said “enough!” and really mobilized. For the first time, hundreds of dietitians vocalized their bewilderment and disappointment on AND’s Facebook page. And over on the DFPI’s Facebook page, comments from dietitians bemoaning the partnership were posted on a minute-by-minute basis.

“I got into this field because I fell in love with the science, and the potential for … improving the quality of people’s lives and helping them reach their full potential,” dietitian, writer, and Food Sleuth radio host Melinda Hemmelgarn wrote to me in a recent email. “When our professional organization creates partnerships with unsavory players whose products harm public health and our environment, it erodes, dilutes, and devalues all we have worked so hard to achieve.”

Last week, three dietitians drafted a Change.org petition calling for AND to “repeal the seal” on Kraft singles. The petition received over 10,000 signatures in the first five days.

Meanwhile, AND has shown less-than-stellar public relation skills in dealing with the fallout. On three separate occasions (an initial press release, an “update on recent news media coverage,” and a letter from CEO Pat Babjak to members), AND stuck by its story that the Kids Eat Right seal is not an endorsement, but rather an advertisement for the program.

The dietitian community has largely rejected that answer. First, if it is an AND advertisement, then why did Kraft pay an undisclosed amount to AND to use the seal (and not the other way around)? Furthermore, as the language of the “repeal the seal” petition notes, “a logo on a product label is an endorsement, an alignment, and recognition of a paid relationship.”

Bioethicist Arthur Caplan, of New York University’s Langone Medical Center told ABC News he was “99.9 percent” sure consumers would perceive the logo as an endorsement. Some dietitians have already reported fielding questions from clients on whether Kraft Singles are now “healthy food.”

In these member communications, AND has also suggested that the facts had been “seriously misrepresented” by The New York Times, without specifying what exactly that means. Additionally, a Twitter chat hosted by AND in celebration of National Nutrition Month–a nutrition education campaign created by the organization–was canceled with no further details provided. AND also says it is looking to “establish a joint, member-driven Member Advisory Panel,” but that solution hasn’t appeared to satisfied most members.

On the bright side, dietitians of all ages, specialties, and backgrounds are banding together on this issue, and it looks like the dietetics profession is at a tipping point. Not only are more dietary experts beginning to take the role of food company advertising and influence seriously, they’re also decrying its impact on the American diet.

In a letter to its constituents about the outcry following the Kids Eat Right and Kraft news, the California Dietetic Association announced last Tuesday that it will not be inviting McDonald’s to be a sponsor at its annual conference this year, citing years of concern from members.

“Here is what AND should take note of,” dietitian and organic farmer Diana Dyer wrote on DFPI’s Facebook page. “This outcry is so loud … because we actually love our profession, just not the increasing corporate coziness. I embraced this profession 40 years ago to protect and promote public health, not corporate wealth.”