All the News That’s Fit to Eat: California’s Disappearing Water, Arsenic in Wine, and Huge Mac and Cheese Recall 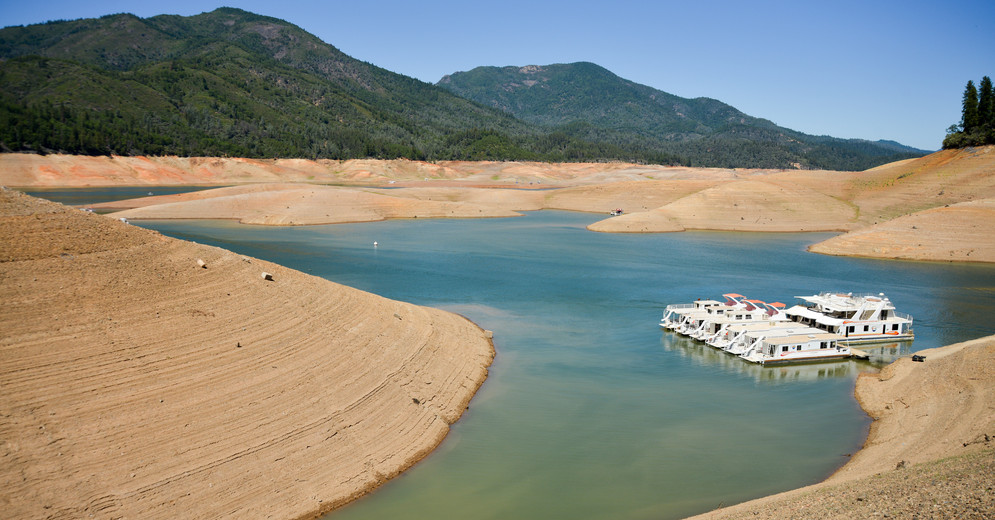 Ripples of panic spread through California after last week’s op-ed in the Los Angeles Times reminded us that the state only has about one year of surface water left. The article’s author, Jay Famiglietti, is a senior water scientist at the NASA Jet Propulsion Laboratory/Caltech, and in a good position to offer some realistic solutions to California’s persistent drought, now in the fourth year of a dry spell that could extend for years or even decades. Proposed solutions included mandatory rationing and accelerated implementation of the Sustainable Groundwater Management Act of 2014, which will eventually regulate the use of the state’s dwindling groundwater.

The drought has been devastating for the state’s agriculture industry. Farmers last year reported losses of $2.2 million and 400,000 acres left unplanted, the head of the California Farm Bureau Foundation told The New York Times. Farms up and down the state are trying different water stewardship practices, from implementing new irritation technology to retaining stormwater (the California Agriculture Water Stewardship Initiative has an interactive database of all the experiments).

But some see the troubles as a sign that California agriculture may no longer be as sustainable as it has been in the past. The industry uses about 80 percent of the state’s water, but only accounts for about 2 percent of California’s economy, William Patzert, a climatologist at NASA’s Jet Propulsion Laboratory, pointed out on the Bay Area-based radio show Forum. “The question is: Who gets the water? There has to be a reevaluation of how water is distributed up and down the state of California that is more in line with the actual reality of today’s economy,” said Patzert.

Regardless of agriculture’s eventual fate, the California government is reacting swiftly to the drought as the state moves into its annual dry season. On Tuesday, the State Water Board approved a number of measures, including yard-watering restrictions, requiring restaurants to refrain from bringing water to customers unless they ask, and requiring hotels to have signage asking guests to reuse their towels. Governor Jerry Brown also passed a $1 billion plan for the drought, which made provisions for both short- and long-term water projects.

Meanwhile, consumers who have considered cutting down on bathing, might be better off wasting less food and eating less meat–especially less grain-fed beef. According to the Huffington Post, “If you eat just six fewer 4-oz burgers per year it’ll save as much water as not showering. The. Whole. Year.”

There are additives, and then there’s this: Eight customers have complained after finding tiny bits of metal in 7.25-ounce boxes of mac and cheese. If you have a box in the pantry, check it against the list of all affected boxes.

Some in the food industry are pushing back against an FDA-proposed change to packaged food labels that would disclose how much sugar was added to the product. A recent study found that of 80,000 food products, 58 percent had extra sugar added, including in foods you wouldn’t expect like deli meat.

Probably a story you should read before winding down the week with a glass of wine: A class action lawsuit claims that some best-selling wines, like Trader Joe’s Two-Buck Chuck, contain arsenic “up to four and five times the maximum amount the Environmental Protection Agency allows for [in] drinking water.”

A study by Consumer Reports found that pesticide risk on conventional produce varies wildly depending on what is it and where it’s grown. Navigate the produce department with a chart that breaks down the risk by produce type.

Industry giant Monsanto did not admit liability in a lawsuit over GMO contamination of an Oregon wheat farm in 2013, but it is giving $50,000 to land grant universities in Kansas, Missouri, Illinois, Oklahoma, Texas, Louisiana, and Mississippi “to advance the interests of wheat farmers and the wheat industry.” The biotech and seed company is also reimbursing a portion of legal fees for plantiffs and their counsel. A lawsuit from Arkansas wheat growers is still pending.

California farmers and tech entrepreneurs are starting to work together to create apps and gadgets that will save the agriculture industry both time and money.

The city of Los Angeles banned fast food restaurants in South L.A. seven years ago in an effort to ban obesity. A new study discovers that the obesity rate in the area actually increased instead.

The Snacks of Life (The Daily Show)

Jon Stewart turns his attention to fast food industry’s recent marketing techniques, including a pizza wrapped in three feet of bacon, second entrees “for later,” and the removal of a chemical that gives powered doughnuts “that bright white look.”