The wilderness apparel company diversifies from garb to grub. 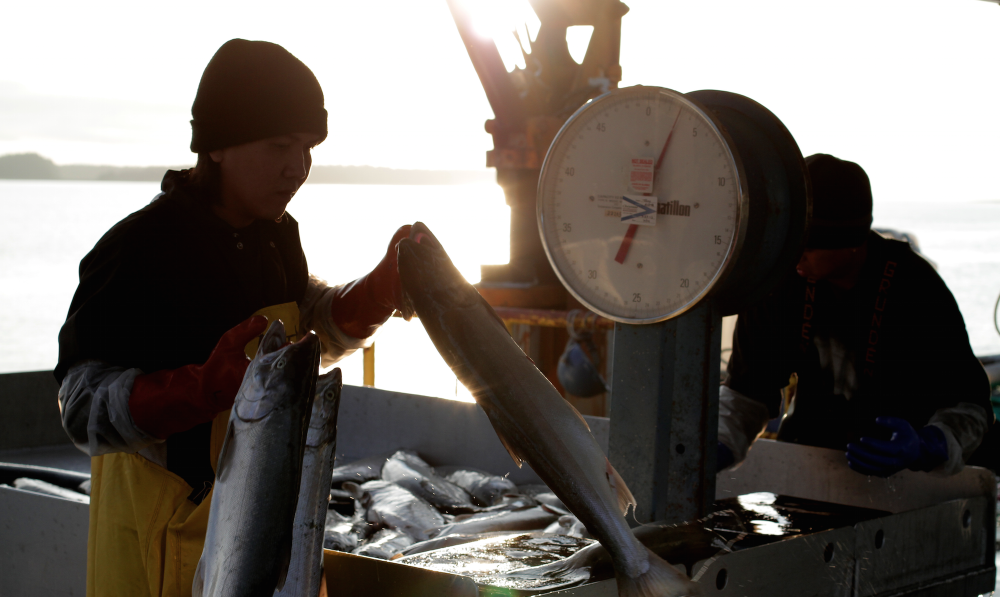 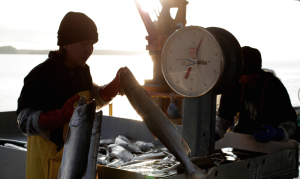 Last summer, the outerwear giant Patagonia made an unusual purchase: 80,000 pounds of wild Sockeye salmon. The fish was for its new food line, Patagonia Provisions, available online and in the company’s 30 U.S. retail stores in the form of a 6-ounce, $12 package of vacuum-packed, shelf-stable smoked salmon. If the product is successful, it could become one of the most verifiably ethical and sustainable salmon options on the market, much in the way Patagonia aimed to change the garment industry nearly two decades ago by switching to organic cotton.

Patagonia entered the food market in fall of 2013 with the wild salmon, as well as a fruit and nut bar, and a dried barley-based soup mix called Tsampa, which is made with organic vegetables. In the coming months, the company plans to roll out an entire line of ethically sourced food products, including prairie-based American Bison jerky, perennial Kernza wheat from The Land Institute, and more. 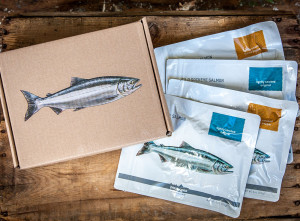 Why is Patagonia, a global clothing manufacturer and retailer, selling food?

Founder Yvon Chouinard has been chewing on the idea of backpacking food with a purpose for as long as he can remember. And in the case of Patagonia’s salmon, he has big plans. “When we set out to do salmon, we set out to change the salmon industry,” he says.

As most wild Pacific salmon numbers have been trending downward for over a century, Alaska remains one of the only parts of the world with relatively healthy stocks. But that doesn’t mean all salmon caught there is the same. In an effort to sell truly sustainably caught fish, Patagonia put together an advisory board of naturalists, fishermen, and other experts. Its new product is a result of that effort.

Copper River Salmon receives the highest price of gill net caught sockeye in Alaska, and competing brokers, processors, and markets want to cash in on that price, even if it means misleading their customers. 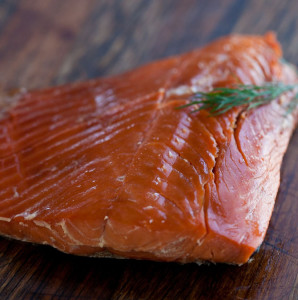 Enter Patagonia’s new venture, which aims to provide greater transparency in its product sourcing. Kurt Beardsley, Executive Director of the Wild Fish Conservancy, and another advisory board member, has spent years researching many of the “safe seafood” certifications on the market, and sees them as insufficient for saving wild salmon stocks.

In his 2013 Wild Fish Journal article, Green Certification is Big Business, Beardsley describes how the accelerating market demand for certified “sustainable seafood” has caused some standards to drop.

According to Beardsley, roughly 97 percent of the fish “certified sustainable” by the Monterey Bay Aquarium and Marine Stewardship councils and sold at a premium price as “Wild Alaskan Chinook,” is not actually from Alaska, but originate in British Columbia, Washington, and Oregon–the very places where many of these stocks are struggling to survive.

Fish caught in open ocean waters make it impossible to pinpoint their origin, yet most is sold as Alaskan salmon. So despite the existence of charitable conservation programs in salmon habitats along the West Coast, many consumers are undercutting these efforts by inadvertently purchasing the very salmon required to re-populate struggling stocks. (Patagonia itself has granted more than $4.2 million towards salmon habitat conservation efforts since 1985.)

With this complex landscape in mind, Patagonia Provisions is sourcing its salmon from Yakutat, Alaska. There, fishermen catch salmon in the river itself–as opposed to the open ocean, where many different types of salmon can co-mingle. They also use a type of set net, which is said to reduce by-catch. The company has set out to educate consumers about these fishing practices with a video on its website.

Birgit Cameron, Patagonia Provisions’ director, says that millions of pounds of salmon “waste” (or “scrape”) is tossed back into Bristol Bay, Alaska after each annual harvest. Yet Lankard explains that this industrialized, wasteful model runs counter to the indigenous ethos of resourceful utilization of all parts of the fish. Not only does indigenous cuisine use scrape in the form of pâtés or fish pies, but he adds, “there are so many different products you can make from fish ‘waste’–from biodiesels, to fish meal, to Omega-3 capsules, to fish fertilizer.”

Patagonia intends to support other businesses that 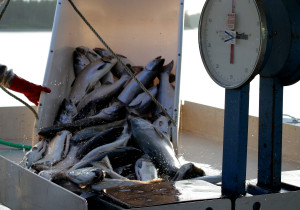 are developing products from these under-utilized parts of the fish. Cameron explains that Patagonia Provisions is “not about scaling up fish production for the sake of volume,” but rather, “we want to be looking at using the whole fish as a source for more products.”

Earlier this year, Chouinard and Cameron met with Brian Cladoosby, President of the National Congress of American Indians, and the Swinomish tribal leader in Washington’s Skagit River watershed. Through Patagonia’s $20 million and change fund, an internal fund set up in 2013 to assist like-minded companies, Patagonia invested in scrape processing equipment at the Swinomish Fish Company in Washington. This investment will create a wider product line for the plant to sell (and not just to Patagonia Provisions), creating more consistent work for the Swinomish and other tribal fishermen.

Whether all this work will truly hook Patagonia an audience for the salmon is yet to be seen. For Chouinard, an avid fly-fisherman and naturalist at heart, the goal is to “collaborate with local and tribal communities for whom the fish is fundamental to subsistence, culture, and the local economy.” In this way, he hopes to bring back “the sustainable harvesting methods that have been practiced for centuries.” And that seems well worth the effort.