A (70s) Macrobiotic Cooking School is Brought Up to Date 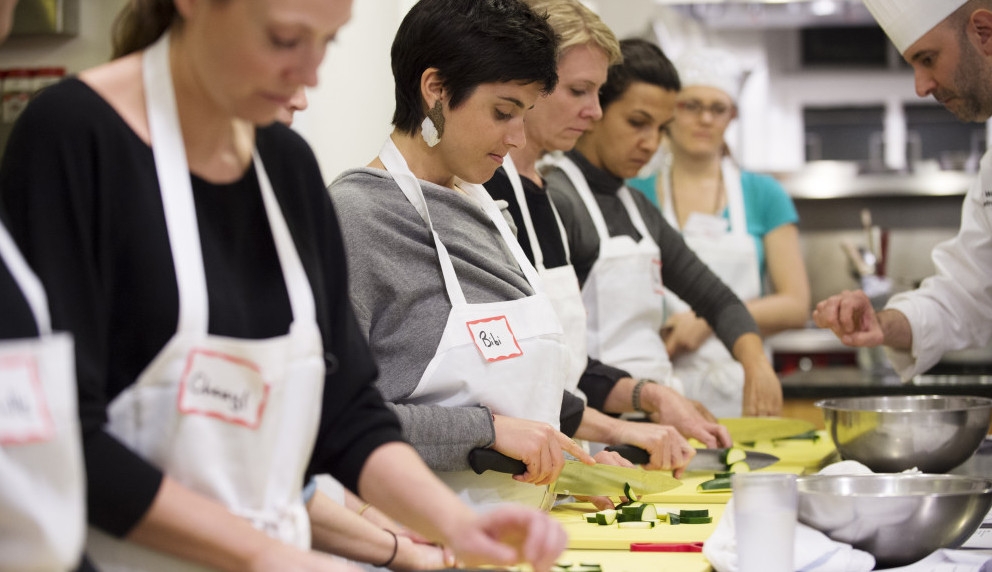 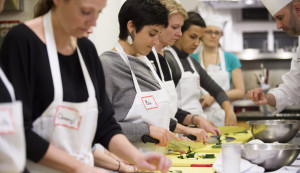 When people talk to Anthony Fassio about his new role as CEO at Manhattan’s Natural Gourmet Institute (NGI), he tends to field the same question: “Isn’t that the vegan school?”

A few years back, that might have been closer to the case. Although NGI didn’t traditionally offer a vegan cooking education, but rather one focused on macrobiotic food, which espouses grains, local vegetables, and limited animal products. While processed foods are shunned, dairy and meat are not. “The school was always advocating eggs and dairy if your constitution could handle it,” says Celine Beitchman, a teacher at NGI, who attended the school in 1987.

The school had its start in 1977, in Dr. Annemarie Colbin’s Upper West Side kitchen, and has trained a whole range of nutritionally minded chefs and home cooks, including John Lennon and Yoko Ono in the early days, and more recently personalities like chef and Afro-Vegan author Bryant Terry, and Food Network personality Chloe Coscarelli. But just as the landscape of holistic nutrition has shifted, so has NGI.

According to Fassio, who has spent the last two years refreshing the school’s brand and website, and implementing modern technology at the school, the new identity is clear: rather than vegan or macrobiotic, he says, the school is “mostly plant–based.”

“We are the only school that can navigate vegans and vegetarians through our program,” says Fassio. Teaching the next generation of chefs, educators, healthcare workers, and nutritionists is still the main priority, but as the school hopes to grow, it’s also working to reach a broader audience.

Fassio was raised on an egg farm, attended multiple higher education programs (including an MBA and a culinary degree), and most recently was managing ingredient sourcing and safety programs at Danny Meyer’s Union Square Hospitality Group. He is also on the board of Slow Food NYC. In 2013, Fassio saw Colbin speak at TedX in Manhattan. He was “captivated” by what the founder of the Natural Gourmet Institute had to say. 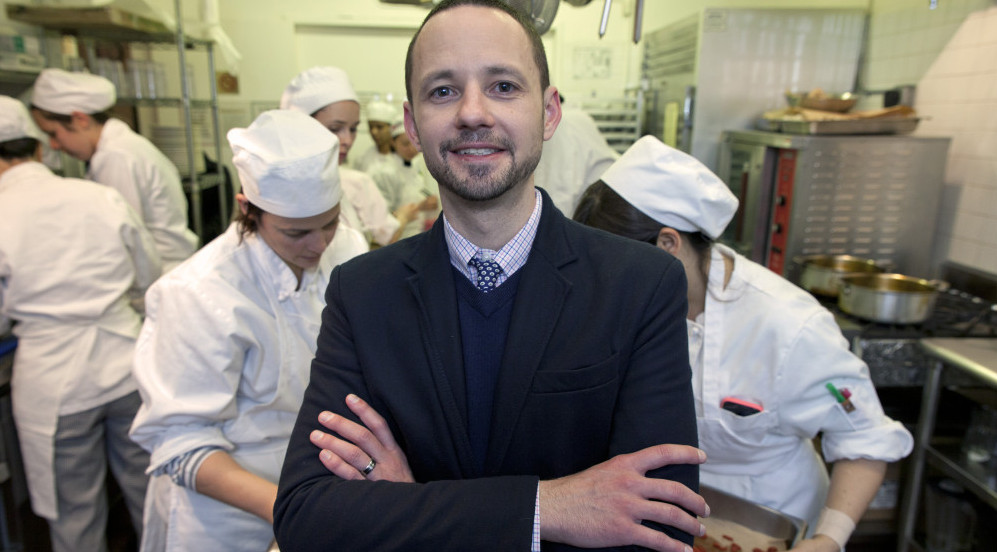 Students actually started cooking meat in 1995, when more organic and pasture-raised options became easier to source. According to Susan Baldassano, the director of NGI’s chef’s training program, who took her first class at NGI in 1987, “Most of the teachers were vegan or vegetarian when they arrived. But now we’re eating good quality foods [including meat and dairy].”

In those early years, Baldassano followed a macrobiotic diet and attending the school helped to cement that it was the right fit for her health. But she wasn’t strict and eventually it stopped working. “When I hit menopause,” she says, “I was like, ‘I can’t eat all these grains.’ That’s what did it for me.” According to Baldassano, Dr. Colbin was originally vegan, but now eats an omnivorous diet.

Other chefs affiliated with the school echoed this mindset. “I can see a future when the food world isn’t split into vegetarian versus non-vegetarian,” says Amanda Cohen, chef and owner of Dirt Candy, a respected vegetarian restaurant in Manhattan, who attended the school and now sits on its board. Now, she says, it’s split between “people who care what they eat and want to be more involved with sourcing their food and people who are happy to eat whatever someone puts in front of them.”

According to Baldassano, most of the school’s students are not vegetarian, and she estimates that only about 30 percent are on a strict vegetarian diet. What do those students do when it came to taking classes with meat?

“No one is upset about the meat program,” says Baldassano. NGI offers classes in chicken, egg, fin fish and shellfish, with extracurricular classes available in sustainable beef and other poultry. NGI’s policy states that students don’t have to handle anything they don’t want to. They can audit, watch, taste, or just not be there. Baldassano finds that more and more students will at least audit the class so they can learn the information.

Rather than spell out any actual dietary restrictions required on the campus, Fassio has tightened the school’s lens to three initiatives: biodiversity, food waste, and sustainable sourcing. In addition to updating the courses, Fassio’s attention has gone to improving sourcing. “We take ingredients seriously,” he says. “In addition to implementing the use of farm aggregators like FarmersWeb to streamline our local, direct-from-farm purchases we also collect data on our food waste.”

As to that last point, he adds, the school is increasingly focused on encouraging their network to buy—and cook with—the whole plant. “We want the fronds that come with the carrot,” he says, pointing to the importance of looking at food waste from a food cost perspective, as in “here’s what we made with food waste, and here’s the result in your food costs.”

Given the amount of change he’s brought about quickly, Fassio is open to feedback. “I’m here to spend time with my team and my students. I’m always poking my head in and students will grab me in the moment. I almost refuse to shut my door.”

NGI teacher Beitchman is impressed with the work Fassio has done to date. And she sees the update to the curriculum as a welcome change. “The school is more relevant,” she says. “But there is still room for the energetics–for the unknowns.”

“I’ve always loved the Natural Gourmet,” Amanda Cohen chimed in over an e–mail. “But it was getting a little sleepy for a while and I think Anthony has really reinvigorated the school. He’s expanded programs and revitalized classes. It’s exactly what we needed at the start of the new century.”