Is This the Gluten-Free, Climate-Friendly Grain We've Been Waiting For? | Civil Eats

Is This the Gluten-Free, Climate-Friendly Grain We’ve Been Waiting For? 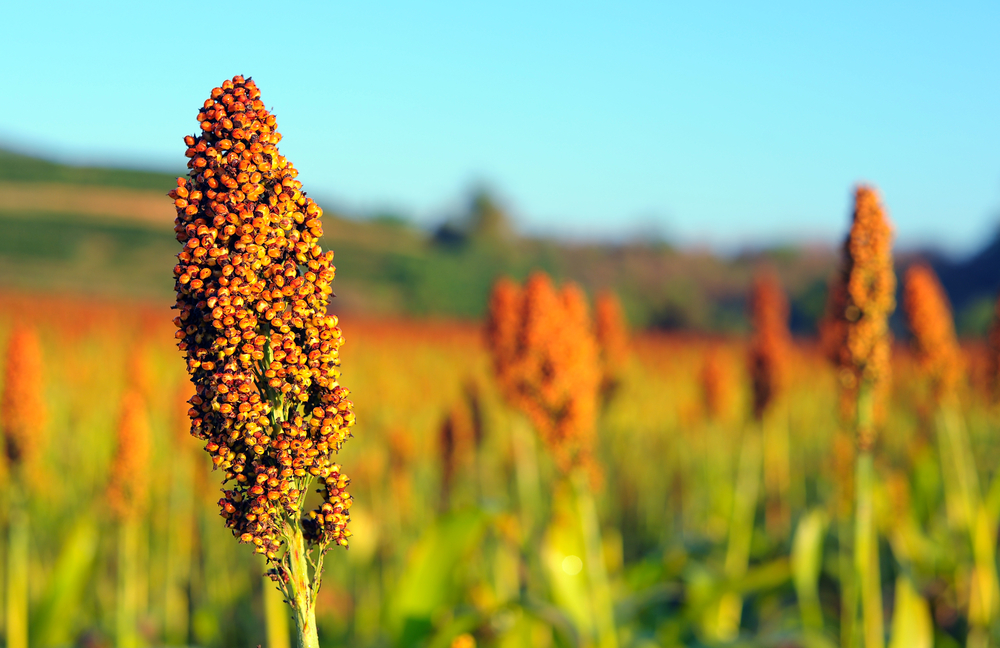 Every year farmers plant corn on close to 80 million acres of land throughout the United States. This much-critiqued staple of American agriculture is incredibly resource intensive. To produce 200 bushels, an acre of corn requires 160 pounds of nitrogen and 600,000 gallons of water. And these “inputs,” as they are called, have consequences.

Farmers add nitrogen to the soil in the form of synthetic fertilizer, which tends to run off of Midwestern farm fields and build up in waterways and aquifers. By traveling down the Mississippi to the Gulf of Mexico, this pollution has been a major cause of one of the largest dead zones in the world.

It is for these reasons that some farmers and scientists are pointing to sorghum, also known as milo, as a corn alternative, especially in drought-prone areas. Not only does sorghum seed cost less than corn, but the crop requires less nitrogen too. An acre of sorghum only needs two-thirds of the water it takes to grow corn and will thrive even when there’s no rain for months—exactly what happened in the 2012 drought.

“The only crop that made it was sorghum,” says Ismail Dweikat of the University of Nebraska-Lincoln’s Agronomy program. “Corn did not make it. Soybeans did not make it.” And some farmers, many for the first time, started paying attention to this lesser-known crop.

Although it is primarily used for animal feed or ethanol here in the U.S., sorghum is an important subsistence crop for the large, food-insecure population of sub-Saharan Africa. Both traditional and modern African food uses sorghum and you can find it in recipes for everything from breads and couscous to mass-produced hot cereals. The hearty crop is better suited to the arid African climate than imports like wheat. But until recently, sorghum has been more or less ignored in other parts of the world.

Now some U.S. food manufacturers are capitalizing on its most marketable trait: sorghum is gluten-free. In the past few years, it has been popping up in spirits, grain mixes, and as a popcorn substitute. While the grassy stalks resemble wheat, the kernel-heavy tops can be as wide as a human hand (even larger in the case of sweet sorghum). Once a staple sweetener in the Appalachian region of the United States, sweet sorghum is also making a comeback as a syrup that tastes like a cross between maple syrup and molasses.

Gluten-free beers are another popular use for sorghum. Lakefront Brewery’s New Grist beer was among the first sorghum beers produced in the U. S. Today it represents a quarter of Lakefront’s more than 33,000-barrel production with two new flavors on the way.

“Sorghum has a unique flavor and it was one of the biggest things we had to overcome,” Lakefront’s head brewer Luther Paul says. Fermented sorghum often takes on a distinctly sour taste even though the grain itself is more neutral. “We wanted to make this beer taste like beer.” They ended up adding other grains like brown rice to soften the flavor. But other brewers have gone a different route. Sprecher Brewing’s sorghum and millet beer, Shakparo Ale, is based on a traditional recipe from West Africa.

Most brewers don’t source their grains directly from farmers but go through a malting company instead. In the earliest days of gluten-free beers, brewers had to go through multiple sources to find enough sorghum. Today it’s no longer a problem. As gluten-free foods continue to gain momentum, sorghum production has increased as well.

While sorghum has many qualities to recommend it above corn as a crop, it’s still imperfect. Despite its relatively small water footprint, sorghum generally produces fewer bushels per acre than corn, making it less valuable in non-drought years.

“Sorghum’s economic advantage is tied to the environment you’re competing in,” says Justin Weinkeimer, Crop Improvement Program Director for the Sorghum Checkoff. Most Iowan farmers who can harvest 300 bushels an acre of corn would be hard-pressed to grow sorghum instead.

Although there is currently no genetically modified sorghum, it doesn’t mean that the crop is perfect from an ecological perspective either. A herbicide-resistant, conventionally-bred variety of sorghum is in progress and likely to be sold in 2016.

And conventional sorghum (which makes up the majority of the crop grown in the U.S.) requires the same inputs of herbicide and soil cultivation as any other industrial crop. Over time, the annual cycle of planting and harvesting sorghum—if it’s not grown in rotation with other crops—can also degrade the soil quality.

At the Land Institute in Salina, Kansas, scientists are working to develop a perennial sorghum that would persist from year to year without the need for re-sowing. It’s just one of several crops, including wheat, that the organization hopes to make available to farmers in the coming years.

Today, there are no perennial grain crops in production. Monocultures require rotating crops—both to keep the soil healthy and keep insects away. But experimental perennial varieties have been proven to retain more water than their monocultured cousins, preserve more nitrates in the soil, and even reduce the need for some types of farm equipment.

“We eventually want to develop a type of agriculture that would involve not just a crop, but a whole group of perennial crops being grown together in an ecosystem,” says Stan Cox, Land Institute Senior Scientist.

Sorghum’s water conserving properties are particularly important in this ecosystem, Even if the perennial wheat withers in the field in a dry year, sorghum will be ready come harvest time.

Unfortunately, this approach is still years away from the marketplace. “It won’t [happen] in the next decade,” says Cox.

In the meantime, many agronomists believe bringing sorghum to the drought-inclined Great Plains should still remain a priority. The Ogallala aquifer supplies water for 80 percent of the region’s population and 13 million acres of agricultural land already exceeds demand. Ismail Dweikat, an advocate of government support for sorghum, is hoping the U.S. Department of Agriculture will incentivize sorghum’s growth through subsidized insurance or other forms of support.

“We’re hesitant to change, but I think people recognize the benefit of growing sorghum in terms of sustainability and cost,” he says. “The crop is there. We just need to take advantage of it.”