What Americans Can Learn From a Beautiful French Film About Farming

After Winter, Spring looks at radical changes in modern agriculture through the lens of a tiny French village. 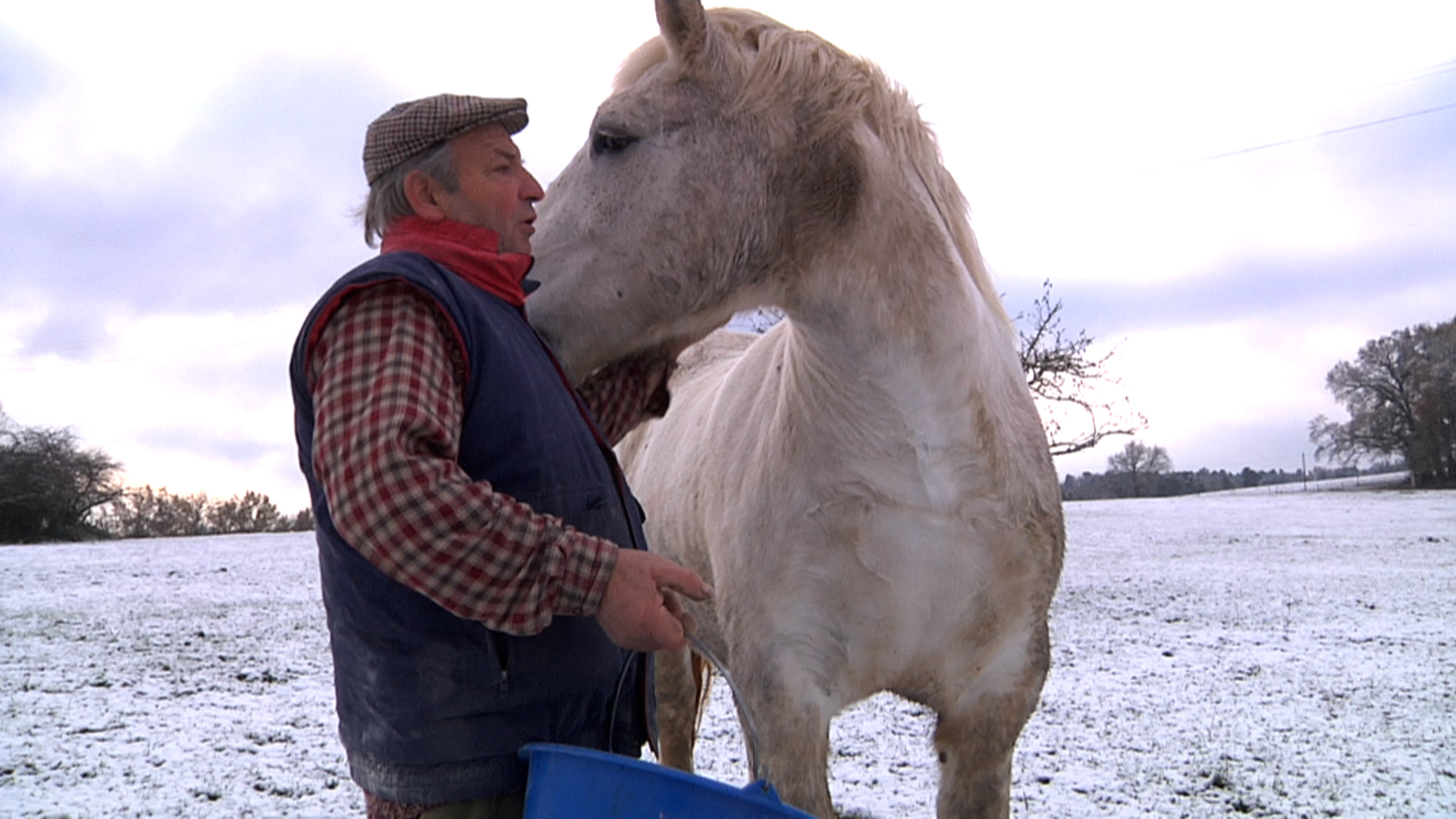 In the opening scene of the film After Winter, Spring a French farmer name Guy spots the stony edges of an ancient farm tool peeking up through the ground in his field. He holds the tool in his hand, proof that people have cultivated the Périgord region in southwest France for more than 4000 years.

“That does something to you, to know we’re a speck of dust to all that has come before,” he says.

But the subject of director Judith Lit’s beautiful documentary, which captures the daily life of Périgord farmers, is not France’s deep agrarian history or its iconic cuisine. The story instead centers on the turbulent changes taking place in the country’s rural communities, as mega-farms and suburban development encroach.

To many, France may seem like it’s far ahead when it comes to food. It’s a nation where the cab drivers grow wine grapes, six-year olds prefers pâté, and it’s a given that the escarole is local. But After Winter, Spring makes clear that the “old ways” of agrarian life are under threat there as much as they are in the United States.

When Lit arrived in France 16 years ago from San Francisco, it was easy to romanticize the European countryside as a timeless keeper of tradition. The small village where she bought a house had just 100 people, charming stone walls, and the sound of cowbells echoed in the surrounding hills.

But Lit recognized the warning signs, in part because the “get big or get out” mentality had forced her own father to sell her family’s farm in Pennsylvania. What she saw in Périgord mirrored the situation she had witnessed in the States: aging farmers, shrinking profit margins, and a younger generation uninterested in taking up their parents’ work. After Winter, Spring is her response, based on four years of intimate interviews with the men and women of her new home.

“In the beginning, it was a documentary about what had been lost,” Lit says. “But each person was dealing with change differently. Change is inevitable. What is it to change and what continues?”

Although it is full of scenes of geese shuffling through barns, of villagers foraging for walnuts and harvesting produce out of backyard gardens, the film is not exactly nostalgic. It’s instead a picture of the inevitable future, of how people find acceptance and how they adapt.

When Lit joins a grandmother named Nanou in her farmhouse kitchen, the older woman says, “I don’t miss the days of wooden shoes. But now, the new thing is investment, profitability, and sometimes bankruptcy. In the past, those were words we heard, but not on our little farm. We didn’t risk going bankrupt. Farms have become businesses.”

Later, the camera pans over a new crop of tourist cabins built on an erstwhile farm field. One hundred years ago, more than half of the people in France farmed. Today less than 3 percent of the population does. It’s a stat only slighter higher than that in the U.S., were the number hovers around 1 percent.

Like everywhere else it seems, French farmers have been pressured to produce more with less return. “In the 1950s, we had three or four cows. Now we have more than 100, but earn the same amount,” Olivier, a Périgord dairyman says in the film. In his early 30s, Olivier is the film’s youngest farmer. He doesn’t want a desk job, but the finances of agriculture might not give him a choice. “In 1975, my dad got 1.60 francs per liter of milk. Today, it’s the same,” he says.

American farmers sometimes lament that their European competitors receive generous government subsidies. Yet, in Europe, those payments go to small producers as well as large. For many, the subsidies are a lifeline, making up nearly half of their revenue, according to one Périgord grower. But French farmers fear that funding could drop at anytime since all European Union member states vie for the same money. Whether in France or the U.S., farmers are so often at the mercy of politicians. And when government help does arrive, it does so with familiar caveats.

“We almost have to take better care of our paperwork than we do our livestock,” says Alain, an older farmer who lives near Lit. “I’m not afraid of work, but I’m afraid of inspectors and all this bureaucracy.”

Like many of the men and women in After Winter, Spring, Alain calls himself a peasant. It’s a point of pride, a title that signifies survival and loyalty to place.

As Nanou explains, “My children, their lives will be different, but I think they won’t deny their roots. I hope that they will have that old peasant wisdom that people have always made fun of, but which is made of prudence and respect.”

In the past, Périgord families used to help each other harvest fields, preserve meat, and bale hay. There are fewer hands to pitch in now, but a sense of solidarity survives. And as Lit shows, a new wave of young back-to-the-landers, intent on farming sustainably, is bringing fresh hope. Like the U.S., France is experiencing a farmers’ market revival and interest in organic grocery stores.

“I’ve seen the pendulum swing away from traditional agriculture and small-scale farming, first in America and then here,” Lit says. “Now the number of small farms is increasing in the U.S. and the organic movement is gaining strength [in France too]. It seems we had to go really far in one direction before we realized how much we were losing.”

In the decades to come, After Winter, Spring could serve as an important record of the world’s transition from one era to the next. If we’re lucky, the film will also inspire a sense of urgency in today’s audiences, as they consider what they want from their food systems.

Learn more about After Winter, Spring and schedule a screening at the film’s website.