How a Football Field Farm Helped Bring Back a Struggling College

At We Over Me Farm in Dallas, Texas, a losing team was replaced by a thriving vegetable operation. 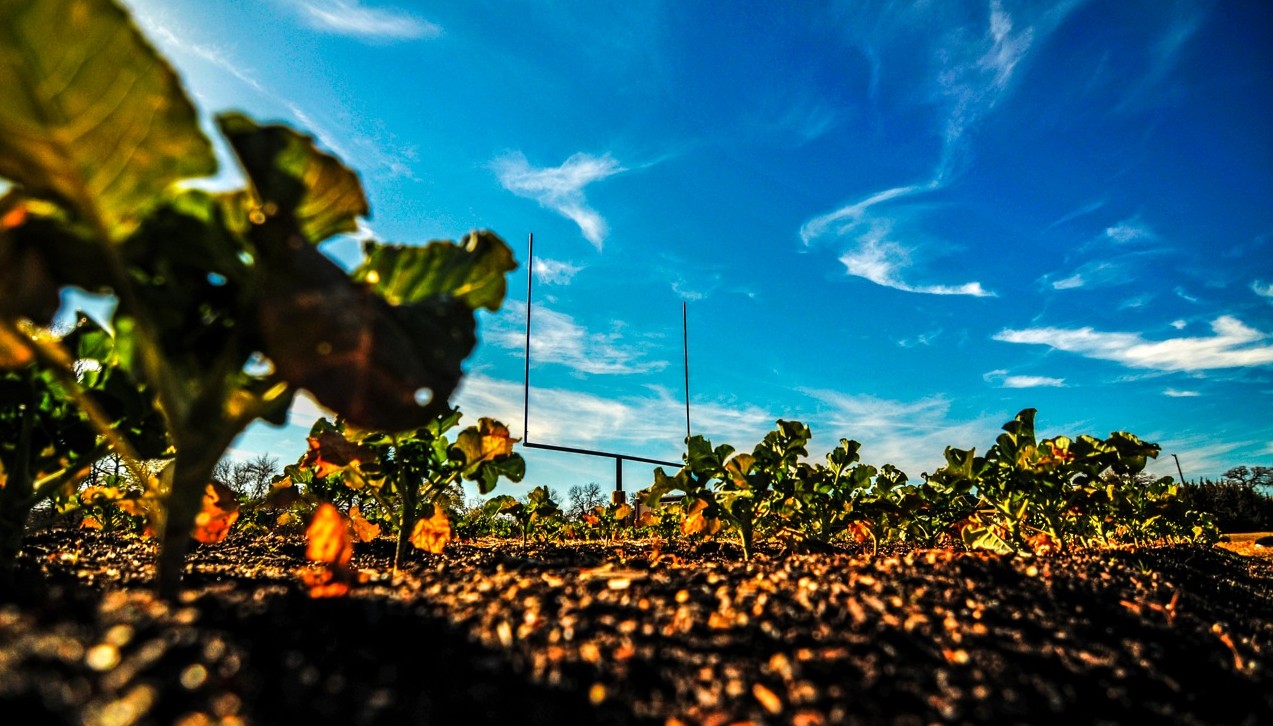 Paul Quinn College was in a serious state of deterioration when Michael J. Sorrell took the reins as president. The historically Black college in Dallas, Texas, was millions of dollars in debt, facing dwindling student enrollment, and contending with some serious cultural issues. From the moment that Sorrell took his post, things quickly started to change.

Just three days into his tenure, Sorrell slashed the school’s football program. With operational costs upwards of a million dollars, Paul Quinn just couldn’t afford to sustain the program. It didn’t help that the team had years of abysmal records, and a plea to the school’s alumni base to match the funding the team required went entirely unanswered.

After the football team was cut, the field that had housed the Paul Quinn Tigers sat empty for three years. Then Sorrel talked with Trammell S. Crow, a local real estate magnate and philanthropist who wanted to build a community garden. The initial effort was a series of raised planting beds that could house a few crops each growing season.

But Sorrell wanted to take things further. The campus sits in the middle of a part of Dallas where residents have the least access to fresh food. So, after an attempt to build a grocery store on the campus fell through, Sorrell decided that the College would grow its own food. With funding from Crow and PepsiCo’s Food For Good Initiative (a program which has raised eyebrows among many within the food movement), Sorrell set out to build the We Over Me Farm in 2010.

Today, the organic farm produces 30,000 pounds of food, has donated between 15-20 percent of the produce to local food charities, and has put the college on the map as an area food producer.

Veteran farmer Hannah Koski took over the operations in 2012. Koski got her start at an organic farm in Maine, where she served a largely affluent clientele with the finest organic produce. “I wasn’t happy that I wasn’t challenging myself to help improve the community I was in,” she says. After studying horticulture at Cornell, Koski moving to Dallas for a relationship, and the opportunity at Paul Quinn College essentially fell into her lap. She quickly got to work improving and expanding the farm. Now, she says, “our practices and procedures are more agriculturally sound, which has helped us just about double our production since 2012.”

Nearly half of the produce is sold directly back to the community. A portion of the farm is set aside to grow crops that are in demand locally, mostly soul food staples like collard greens, okra, purple hull peas, and summer squash. Through regular “Gleaning For Good” events, Koski’s team also works with the North Texas Food Bank to glean the farm, and all of the collected produce is then distributed to local food pantries.

The community that surrounds Paul Quinn College is also increasingly involved in the farm. One work-share volunteer tends to a small flock of chickens in exchange for their eggs, which she then uses in a weekend meal program. Another community advocate helps market the farm’s produce to churches and community groups in exchange for her own share of pick-your-own-produce.

“One weekend, we literally had three generations of one family all volunteering at the farm,” says Koski. “It was awesome.”

A section of the farm is dedicated to growing crops for a select group of local catering companies and restaurants. Each of the farm’s four culinary clients has a dedicated growing plot managed by a team of student workers, who are responsible for communicating with their clients, setting expectations, and quality assurance. Each client is given the chance to choose five specific crops for the farm to grow, and they then commit to buying it all.

One farm client is the massive catering company Legends Hospitality, which is responsible for feeding thousands of hungry sports fans at AT&T Stadium, where the Dallas Cowboys play. Another is Cafe Momentum, a restaurant that employs high-risk youth offenders.

For some student workers, We Over Me Farm has provided a unique opportunity to try out career paths they might have never considered. Take Chardae Plump, a 23-year-old Health & Wellness major from Wisconsin. Plump is the farm’s veteran student employee, with four years of farm-related work under her belt. She started out as a biology major, but her time on the farm caused her to think critically about the American diet.

“Working here has also taught me a lot about what we eat. We eat a lot of fast food, not a lot of healthy choices here. Growing up, my mom loved vegetables, but I never knew how they grew or how to sustain a farm,” she says.

Plump hopes to join the military after she finishes college, but she still plans to keep a backyard garden. In the meantime, she often brings fresh produce back to her dorm in an effort to eat well. “I’ve learned how to survive for myself. I see myself growing my own food and having my own garden–essentials like tomatoes and cucumbers,” she says.

Chanson Goodson, who Koski describes as her “right hand man,” grew up just down the highway in Highland Hills. The legal studies major started working at the farm initially because it paid $10 an hour, and planned to move on after a semester. “But I liked working outdoors too much,” he says.

In the last two years Goodson has taken a leadership role in the farm’s educational programs. After college, he hopes to attend law school, but not until after he spends a few years working at the farm.

The student farmers at We Over Me are constantly seeking new opportunities to expand their business. In addition to the crops they grow on the football fields, the farm has also installed a custom-built aquaponics system, beehives, chicken coops, and a fledgling fruit orchard. A brand-new, massive greenhouse will serve as the home for a forthcoming cut flower business for the farm and a new opportunity to generate revenue.

For Koski, these programs will help enable We Over Me to teach students a wide array of skills. And in the coming months, she hopes to expand the farm’s educational programs to include other underserved populations, including the elderly and people with physical and developmental disabilities. Ultimately, she hopes to grow We Over Me into something that is “much more than a farm.”

For the students of Paul Quinn and the people of Dallas, the farm is already that. It’s a place where students who are struggling to find their place in this world can learn about themselves. It’s a place that infuses a poor community with organic, culturally-relevant produce. More than that, though, the farm has shown that it’s possible to combine entrepreneurship, social justice, and food security to form a sustainable, profitable business.

“At the end of the day, the farm is about the students,” says Koski. “Most are from under-served, disadvantaged communities, and I want to set them up for success as much as possible.”