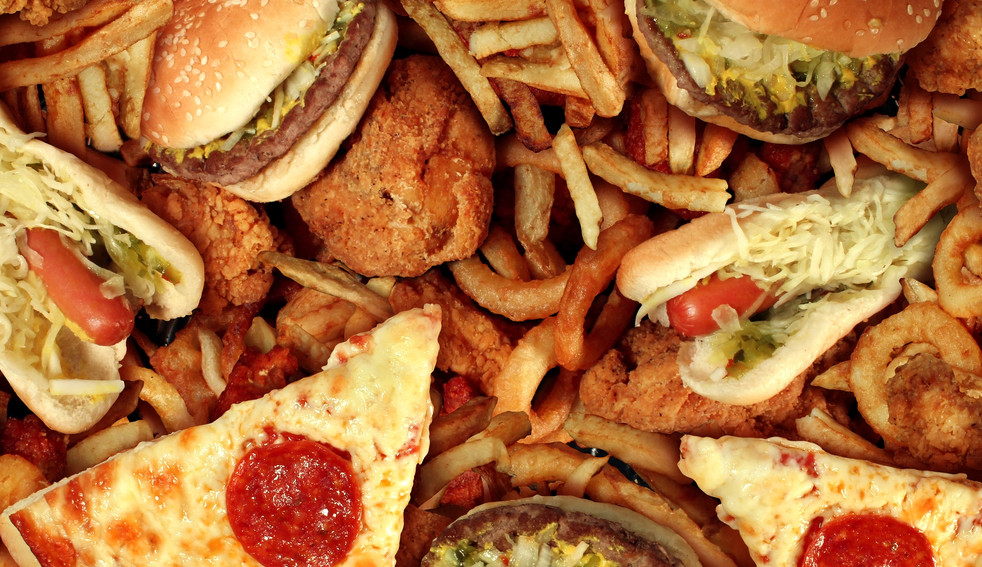 Find someplace warm to catch up with this week’s food news round-up.

Every five years, the U.S. Department of Agriculture (USDA) issues a revised set of official Dietary Guidelines [pdf] (think MyPlate or the food pyramid) to help everyday Americans know what to eat at the dinner table. It’s the Dietary Guidelines Advisory Committee’s (DGAC) job to provide USDA with scientific data and analysis about the state of the American diet. Their recommendations form the backbone of the Guidelines and aim to steer us toward a more healthful way of eating. In a report issued this week, DGAC delivered some sobering, if not unsurprising, news: Americans are eating themselves to death. The report zeroes in on the harmful effects of soda consumption, and for the first time, discusses the environmental risks posed by excessive meat consumption. The findings also indicate that Americans don’t eat nearly enough fruits and vegetables. On the plus side, at least cholesterol may not be as bad for us as previously thought.

2. Your Healthy Habits Are Eating into the Packaged Foods Industry (Washington Post)

Despite the grim outlook of the DGAC’s report, Americans may actually be shifting to healthier habits on their own, albeit slowly. Big Food companies are struggling to make up for shrinking profits as grocery store mainstays like Kraft Macaroni & Cheese and Kellogg’s cereals lose favor among consumers. The challenge for food conglomerates is to develop products that meet the demand for convenience and for healthy, whole foods, particularly among young people.

Bet you didn’t realize that the rate of rice production hasn’t kept pace with population growth since the Reagan era. It’s been roughly a decade since we’ve plateaued on chicken and milk, too. That doesn’t mean we’re producing less of these products than before–it just means that the agriculture industries haven’t been churning out more food at the same rate as people have been having kids. But don’t sound the alarm yet.  Some people argue that societal changes, like wasting less food and eating less meat, can have dramatic impacts on our ability to feed our growing population into the future.

Corn is the most dominant crop in the U.S., and all that abundance looks like it might actually be bad news for farmers. As corn output soars, the price drops, which means that many growers are now paying more to grow the crop than they’re reaping in profits. While prices for both corn and soybeans are dropping, soybeans are a slightly more lucrative option for these commodity growers–the plants require significantly less fertilizer and labor to produce, which lowers costs. Have we reached peak corn, too?

After a three year process, USDA’s Biotechnology Regulatory Services has given the green light to a genetically engineered apple that doesn’t brown after slicing. The Arctic Apple, developed by Canadian company Okanagan, is a rare GMO product, because its traits were engineered with the consumer, not the farmer, in mind. By and large, it’s the big biotech giants like Dow and Monsanto that seek approval from USDA for GMO products that can withstand the pesticides those same companies develop in tandem with their crops. Okanagan is a relatively small shop in comparison, and the Arctic Apple may represent a turning point in the world of genetic engineering.

The news of the Arctic Apple’s approval coincides with a joint statement from over 300 groups and individuals who note that, despite long regulatory approval processes, there is no scientific consensus about the safety of GMO products for human consumption.

Back in 2007, Canada implemented a ban on “enhanced feed” to lower the risk that cattle in that country would contract mad cow disease, or bovine spongiform encepthalopathy (BSE). This week, a cow born two years after the ban died from the disease, though the Canadian Food Inspection Agency hasn’t released details indicating whether other animals might also be infected. Canadian officials have noted that the infected animal ended up in products meant for human or animal consumption. Several countries are growing increasingly wary of Canadian beef given the most recent case of BSE, and South Korea has temporarily banned imports.

As California’s devastating drought, now in its fourth year, continues to challenge the state’s farmers and residents, a new report has found evidence of over 1,000 violations of federal water quality standards. During the 2012-2013 fiscal year, the U.S. Environmental Protection Agency (EPA) found dangerous contaminants like arsenic and nitrates in the state-run water system, potentially posing significant environmental and public health risks. These pollutants were tied to potential human sources, such as agriculture systems and explosives.

In states like Iowa and North Carolina, among the top in the U.S. for hog production, cities and residents are suing concentrated animal feeding operations (CAFOs) for dirtying up the drinking water. CAFOs tend to have massive amounts of runoff of manure and other waste, which often ends up in the waterways that provide nearby cities and towns with water for drinking and recreation, as well as in the air residents breathe. Many of these people have had enough, and are arguing that right to healthy and safe water and air is more important than turning a profit on a pig farm.

Despite activists’ efforts to fight back against the consolidation in the pork industry, Hormel Foods is poised to acquire Applegate Farms, an organic company offering a range of pork products like hot dogs and bacon.

Be sure to check out this thorough run-down of the tactics biotech and agriculture giants use to engage with critics on social media.

Did we miss something? Share your food news in the comments below.