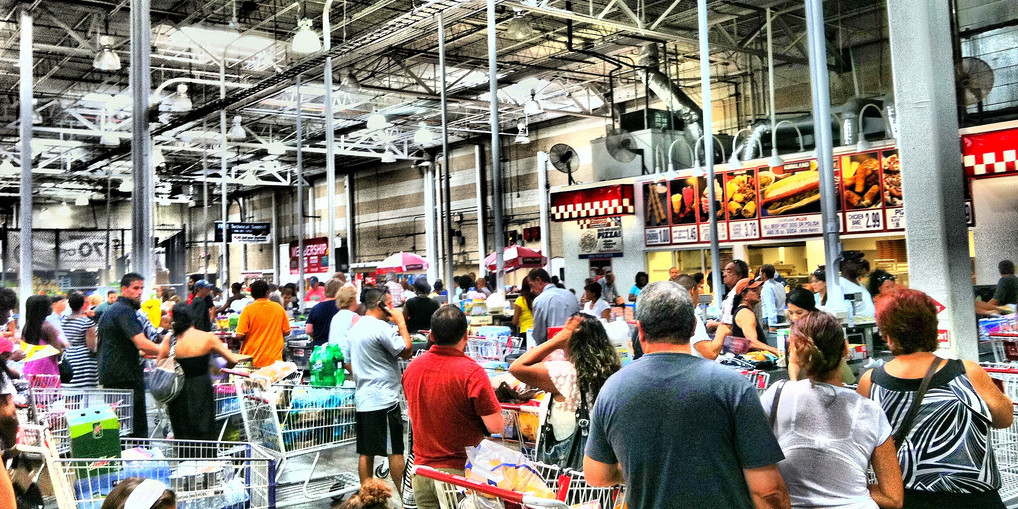 Busy? Let us help bring you up to date on this week’s food news.

According to Agri-Pulse, The Genetically Engineered Food Right-to-Know Act on Thursday includes several tweaks, including a provision that would prohibit the use of the term “natural” on GMO foods. Colicchio told the site, “We need a congress that supports people, not corporations. I’m not anti-science, but corporations are using these technologies as a business model to sell farmers more herbicides.”

Meanwhile, according to the Environmental Working Group’s AgMaga, a pair of agricultural economists recently sought to find out whether consumers make purchasing decisions based on the presence of a GMO label and found that the mere presence of the label “did not lead to a greater level of concern.”

2. The U.S. Government is Poised to Withdraw Longstanding Warnings About Cholesterol (Washington Post)

The Dietary Guidelines Advisory Committee, the group that provides the scientific basis for the nation’s Dietary Guidelines, is changing its tune about cholesterol, saying new science lets some foods (eggs, shrimp or lobster) off the hook, while pointing a finger at “too many servings of foods heavy with saturated fats, such as fatty meats, whole milk, and butter.” The committee will likely not be including a warning about cholesterol in the upcoming guidelines.

Two Kellogg brands that have seen dramatic drops in sales are Special K and the Kashi line. A chief executive of Kellogg told the Times that consumers are moving away from “diet” foods in favor of what the industry is calling “functional” foods, products with fewer ingredients, added protein and other features that are perceived as healthy rather than simply lower in calories. In the case of Kashi GoLean, Kellogg was embroiled in a lawsuit last year about its use of the term “all natural,” despite sourcing genetically engineered ingredients. Now the company says it is working to source more non-GMO  ingredients and wants to make more of the Kashi line organic.

4. California’s Strawberry Feud Ends, But Who Will Breed New Berries? (NPR’s The Salt)

After several rounds of legal battle, the head strawberry breeder at the University of California, Davis, has left to form his own company. To replace him, the University, which generated millions by breeding more than half of the strawberries sold in the U.S., has hired a former Monsanto executive, who claims he hopes to create a more transparent academic institution.

5. Is Costco Making Us Fat? (The Atlantic)

A recent study out of Georgia State University found a compelling correlation between the rise in obesity over the last decade and the rise of warehouse clubs, like Costco. “This doesn’t mean that food should become more expensive,” writes the Atlantic’s Olga Kazhan. “But the government could use this information—the fact that we love cheap, easy food … maybe a little too much—and use it to regulate menu labels and calorie counts … Or it could subsidize healthy food and tax junk food, so that peoples’ overall grocery bills are still low, but they get nudged toward the carrots and away from the Oreos.”

A new report  from California’s Department of Agriculture called “Trends in U.S. Local and Regional Food Systems,” found that though the number of farmers markets nationally grew at an annual rate of 17 percent between 2002 and 2007, that rate has slowed to 5.5 percent per year since. Sales are also flagging. In LA County, the report found that total sales at farmers markets had dropped by almost 43 percent in inflation-adjusted dollars between 2007 and 2012. On the bright side for local farmers,  the report did find that sales at so-called “food hubs” grew dramatically. These would include direct sales to restaurants and feeding programs such as school systems and hospitals. And some Bay Area market managers told SFGate that the the numbers don’t necessarily reflect what they’re seeing.

7. New High-Tech Farm Equipment Is a Nightmare for Farmers (Wired)

In this op-ed, the CEO of an online repair community and open-source parts retailer, addresses the changing nature of farm tech. Whereas farmers are natural tinkerers, who prefer to fix their own tools, he says, today’s computerized ag equipment has become hack-resistant and incredibly expensive to maintain. “Farmers are essentially driving around a giant black box outfitted with harvesting blades,” he writes. “Only manufacturers have the keys to those boxes. Different connectors are needed from brand to brand, sometimes even from model to model … Modifications and troubleshooting require diagnostic software that farmers can’t have.”

See anything else this week? Share with us in the comments below.