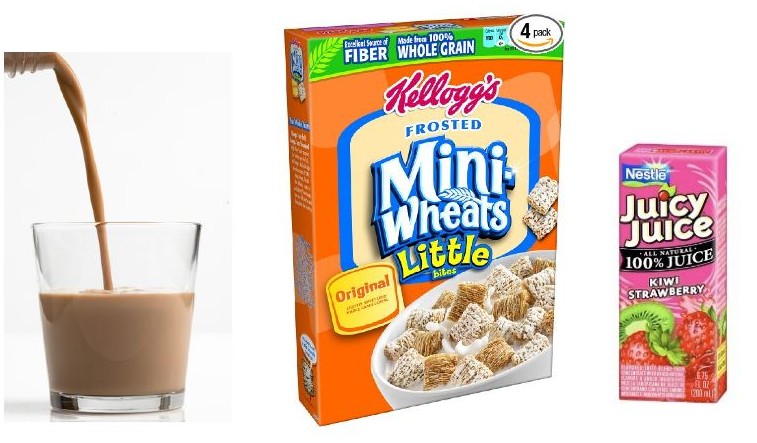 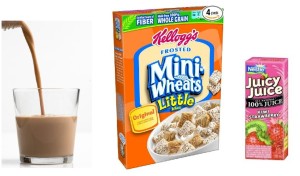 Now, federal daycare meals are about to get their first nutritional overhaul since 1968. Under the same 2010 legislation mandating healthier school meals, the U.S. Department of Agriculture (USDA) was charged with coming up with improved standards for the Child and Adult Care Food Program (CACFP), the program that oversees daycare food as well as meals served in after-school snack programs, adult group homes, and similar facilities.

The USDA released its proposed new CACFP rules in January and the results are decidedly mixed.

On the one hand, the new rules do bring improvements. CACFP providers will now be required to serve children a greater variety of fruits and vegetables, more whole grains, and less sugar and fat–at least as compared to the old meal standards. The rules also include greater support for breastfeeding mothers, the acceptance of tofu as a meat substitute, and requirements that water be made available at meals, that “grain-based desserts” like cookies no longer fulfill children’s daily grain requirement, and that breakfast cereals contain less sugar.

That’s all good news. But there are still some glaring nutritional deficiencies in the proposed rules. Here are some examples:

Many of these surprisingly low nutritional standards run counter to recommendations from the Institute of Medicine (IOM), which provided the USDA with science-based advice for overhauling the CACFP, just as it did for school meals. But the USDA admits that in some cases it chose to ignore IOM nutritional recommendations due to likely “increased cost or complexity” in implementing them.

Instead, the USDA offers CACFP providers a list of recommended “best practices” such as offering children more whole grains, not serving any flavored milk, and limiting juice to once a day and fried foods to once a week.  But it also makes clear that such practices are to be implemented “at the sole discretion of the provider.”  So if a daycare provider chose to disregard all of USDA’s “best practices,” here’s what acceptable meals for a child aged 3-5 could still look like under the new proposed meal standards: 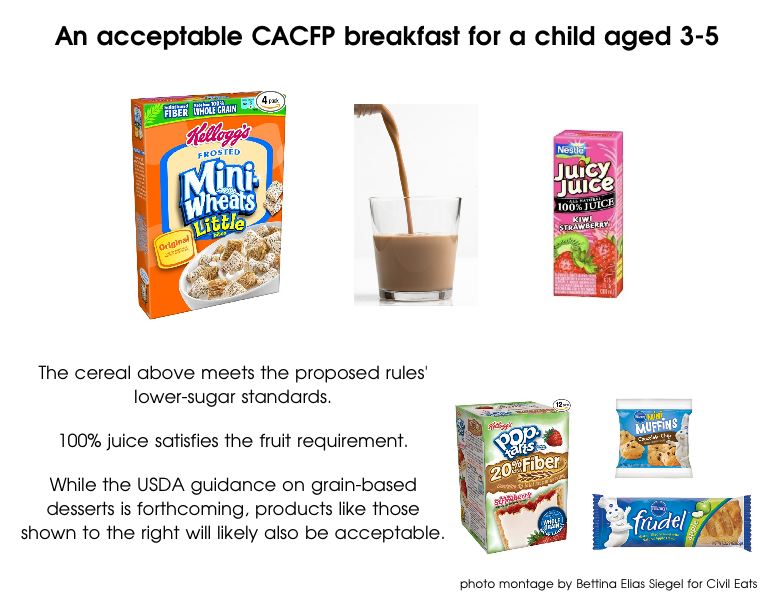 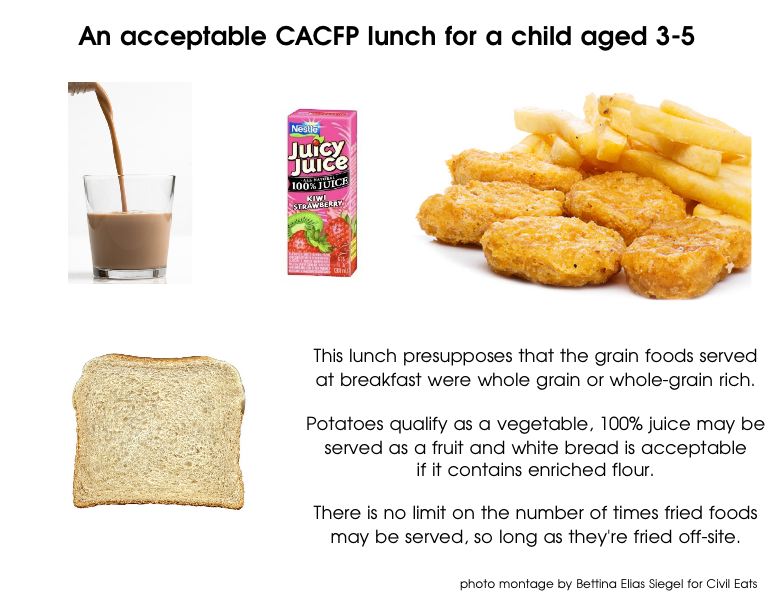 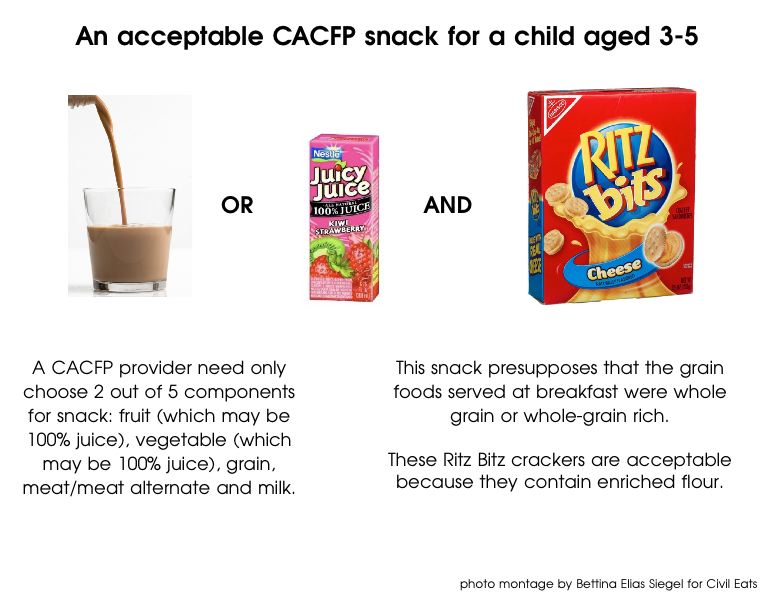 The USDA clearly anticipates public discussion of some of these issues and has floated various alternatives to the final rules, such as prohibiting flavored milk altogether for all children aged 2-4 or limiting the sugar in flavored milk to 22 grams per 8 fluid ounces. It has proposed similar alternatives regarding the sugar content in yogurt and has also sought the public’s opinion on how to define “frying” and “processed meats.”

Ultimately, though, better nutrition costs money. According to the rules’ preamble, the IOM acknowledged that if CACFP providers were to implement all of its dietary recommendations, it “would increase the cost of meals by an average of 27 percent to 44 percent for all age groups, except infants,” and the USDA ultimately decided that “any proposed changes to the meal pattern must be implemented by providers without undue difficulty and be sensitive to cost.”

What’s notable, though, is that 2015 will bring the reauthorization of the Child Nutrition ACT (or CNR), the Congressional funding bill that funds all federal child nutrition programs once every five years. This timing presents a prime opportunity to seek higher CACFP reimbursement rates–which could make more nutritious food affordable for daycare providers. It’s a request that seems justifiable given that the program is getting its first nutritional makeover since the Johnson administration.

But President Obama’s newly released fiscal 2016 budget contains no proposal from the White House to increase CACFP funding, nor are there any such requests at the present time from any members of Congress. When asked in an email if the USDA itself would push for more funding in 2015 to cover its proposed “best practices,” an agency spokesperson would only note that the prior (2010) CNR “did not provide any funding for additional meal reimbursement for the CACFP. USDA developed the CACFP proposed rule with that in mind.”

The 90-day public comment period for the proposed CACFP rules closes on April 15, 2015.  Comments may be submitted here.