How Can We Get America Cooking? One Crumb at a Time | Civil Eats

How Can We Get America Cooking? One Crumb at a Time 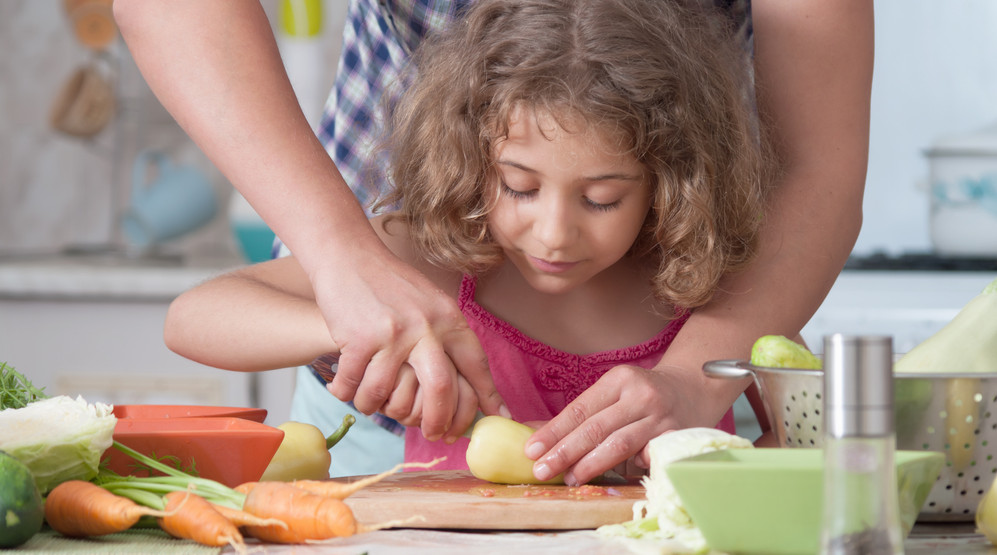 To cook or not to cook.

It’s a question that writer Peg Bracken lampooned in 1960, with the publication of The I Hate to Cook Book, which sold three million copies. Three years later, Betty Friedan would challenge women to explore a world beyond the kitchen and other housework in her seminal work, The Feminine Mystique.

Fast-forward a half century, and it’s a question that we continue to ask ourselves, chew on—and in many cases—spit out. The most recent round in the debate surfaced last summer, on the heels of a study conducted at North Carolina State University. Based on interviews with 150 mothers, the authors of “The Joy of Cooking?” critique a recent school of thought that the feel-good benefits of home cooking outweigh its burdens, namely lack of time and money.

The study prompted a round-table discussion at the New York Times. It’s provoked writers on both sides of the fence–from Virginia Heffernan’s (perhaps channeling Bracken) provocative “What If You Just Hate Making Dinner?” to farmer Joel Salatin, who blames one naysayer’s indictment of home cooking on a cultural lack of priorities.

Many—this writer included—have lauded the pluses of regularly cooking at home: precious time spent with loved ones and saving money, to name but a few.

But others say they just can’t be bothered. That there isn’t one more minute in a time-starved day to dream up dinner, let alone whip one up in 30 minutes like those television chefs do. These voices cry mercy; they’re working overtime and the last thing they have time to do when they get home is cook. The problem is only made worse by unappreciative, non-participating family members who are quick to criticize the home-cooked handiwork.

Guess what? Everyone has a valid point.

Part of cooking is stumbling, even if you dutifully follow the directions. In a time-crunched world that emphasizes perfection and performance, that’s a risk many of us don’t want to take.

But many of us who do cook do so out of necessity. Making dinner at home is an effective and tangible way to stretch your dollar. It’s a practical matter of getting food on the table and feeding yourself and your family, with kids or without. For the more than 17.5 million food insecure households relying on federal or food pantry assistance, cooking is the antidote to a diet of processed foods. It’s also one of the only ways many Americans can afford to eat organic, humanely produced, pasture-raised, local food, all of which costs much more when it’s prepared for us.

But the rallying cries from the I Won’t Cook or I Don’t Cook camps are so noisy, in fact, we tend to ignore the silent majority that I’ve come to know as the I Can’t Cooks.

One important reason so many are not cooking is because we simply don’t know how. For the moment, let’s leave aside the stuff of celebrity chef competitions and Instagram. Cooking in an everyday context means boiling water for potatoes, carrots, pasta or rice. It means washing and drying lettuce to make a salad. It means chopping an onion and cooking it in oil to season lentils, spinach, an egg.

It’s the simple stuff that so many of us who came of age after the 1950s have never learned. (I didn’t until I was in my 20s. My mother only learned how to cook two years ago, at 68.) Every single time I teach, whether it’s in a supermarket, a spa, at a farmers’ market or a cooking school, I stand witness to the pervasive dearth of cooking literacy, even on the most basic level.

In 2012, 43 percent of American food dollars were spent outside the home, the highest level since 1970 (when it was 25 percent), the first year the U.S. Department of Agriculture began tracking consumer food expenditures.

I can’t help but wonder: If more Americans knew how to carry out these very simple kitchen tasks, and did them with some consistency, could we overhaul the physical health of our very sick nation?

Our country is in the middle of a diet-related health crisis. We’re grossly overweight, undernourished, and getting sicker from diet-related diseases: Thirty-five percent of American adults are considered obese and less than one-third of Americans are meeting federal dietary recommendations for daily vegetable consumption. (On average we eat about 1 ½ cups of vegetables a day, at least half of which come from potatoes and tomatoes.)

In 2012, 9.3 percent of American adults had Type–2 diabetes—about one in 11 people—up from 8.3 percent in 2010. (An additional 86 million Americans have symptoms of pre-diabetes.) Even military experts are concerned that the obesity epidemic is becoming an issue of national security.

Could cooking–or our lack thereof–be linked to the collective state of our waistlines and blood sugar levels? A recent study published in the journal Public Health Nutrition says yes. New data shows that the more people cook at home, the fewer calories they consumed, even if weight loss was not a goal. They also consumed significantly more fiber, fewer carbohydrates, and less sugar.

Cooking naysayers are understandably frustrated and fed up by the endless grind. But is the answer to throw in the dish towel? To wait for the food industry—whose interests are clearly financial–to come up with more sustainable, affordable, healthier convenience foods?

If you believe in urban gardening, farmers’ markets, and investing in local economies, all of which has brought food to the front burner of our collective consciousness over the past 15 years–then cooking—even just once a week–must be part of the equation.

How can we get America cooking? One crumb at a time, literally.

If you know how to cook, teach someone who doesn’t. Your son, daughter, father, mother, sister, brother, cousin, neighbor, co-worker, dog walker. The local barista, fire fighter, supermarket cashier. It doesn’t matter how much you know. For the time being, you know more than the other guy. And together at the cutting board, you will teach each other. Eventually your newbie will graduate and pass on your tips and tricks.

Professional chefs: Find time to offer free classes or demos in your community at a food bank, church, senior center or afterschool program. Or lead a tour of a supermarket or farmers’ market on the basics of stocking a pantry and storing perishables.

If cooking nightly is impossible, don’t do it. Embark incrementally, maybe with one or two dishes, once or twice a week. And if a solo endeavor seems daunting, find a cooking buddy to share the labor, the cost of ingredients, and kitchen gear. Maybe you cook and eat that night; maybe it’s for the week ahead.

Think of cooking as an ongoing practice rather than a performance. Each time you cook, the process gets easier and more manageable. Only with consistency can we truly see how cooking can be a part of a regular routine.

And include your community when you’re feeling confident. Host a potluck or invite a neighbor for dinner. Everyone needs to eat, after all. This could inspire your dinner guest to return the gesture and build on the momentum.

Cooking can be as practical or as magical as you make it. It can be therapeutic. Or not. It’s up to you and it’s never too late. (And this help desk is always open.)