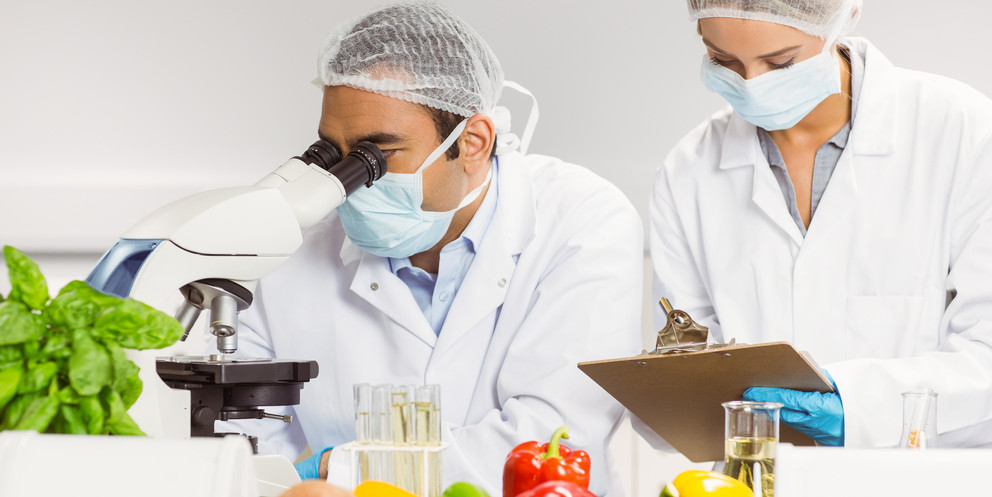 Here’s what caught our eye this week in the world of food news.

Earlier this week, President Obama released his 2016 federal budget which contained a food safety bombshell. His proposal would unite all of the federal entities that currently play some role in food safety–15 in total, in both the Departments of Agriculture and Health and Human Services (where the FDA is housed)–into one entity. The goal for this new body, which would be part of HHS, is to provide much more streamlined, consistent inspections of the U.S. food supply. Given consumer concern over high-profile disease outbreaks related to poor food safety, the President’s plan is likely a welcome change. In order for his proposal to go into effect, however, Obama must win support from the current Republican Congress, which has expressed some skepticism about the plan.

As if President Obama’s proposal weren’t enough to shake up the FDA, Margaret Hamburg will end her 6-year tenure as the agency’s leader. In 2010, lawmakers directed the FDA to undertake the first major overhaul of the nation’s food safety system in generations. Hamburg had to balance a wide spectrum of interests, from small farmers to Big Ag. She’s also overseen efforts to implement calorie-count labels on restaurant menus and the phaseout of harmful trans-fats. Hamburg’s background in medicine and public health steered FDA to focus more heavily its drug-related responsibilities, and the agency will likely continue on that path, particularly as lawmakers reevaluate FDA’s on-going role in overseeing food safety.

Good news for farm newbies: you can now apply for a grant from USDA to kick-start your operation. The Beginning Farmer and Rancher Development Program (BFRDP) was first authorized in the 2008 Farm Bill and provides those with fewer than 10 years of farming experience with much-needed funding to support their business. The program also provides grantees with technical support. Since BFRDP began, USDA has awarded over $90 million in grants to beginning farmers and ranchers across the country.

Less than a month ago, a federal judge in California overturned a law banning the sale of foie gras, AKA fatty goose or duck liver paté, citing federal laws on poultry products that he claims supersede the state’s ban. The law went into effect in 2012 after being passed by the state legislature and signed by then-governor Arnold Schwarzenegger in 2004. Now, California Secretary of State Kamala Harris, who is eying a U.S. Senate bid in 2016, has filed an appeal to place the law back in effect by claiming that foie gras production falls outside the realm of the Poultry Products Inspection Act.

5. Dow Losing to Monsanto in Battle Over Modified Soybeans (Bloomberg)

In the world of Big Ag, colossal biotech companies often agree to sell seeds from competing entities. This tends to benefit all parties involved–the company that developed a genetically modified seed can boost its sales, while the re-sellers get to take advantage of competitors’ advances in genetic engineering. Such is not the case with Dow’s latest GE soybean seeds, dubbed Enlist, which were designed to stand up to potent herbicides 2,4-D and glyphosate. Seed giants Monsanto, DuPont, and Syngenta have all declined to sell Enlist seeds; in contrast, DuPont will sell Monsanto’s Xtend soybeans, while Syngenta is still making a decision. Both Dow and Monsanto still plan to sell their seeds in China, pending approval from that country’s government.

That all depends on where you fall on the socioeconomic spectrum, according to a new study. Researchers at Arizona State University tracked the behavior of over 300 customers at 29 McDonald’s restaurants to determine whether menu calorie counts changed their food choices, if customers’ even noticed the counts at all. The study found that people with higher incomes and education levels were significantly more likely to notice and use the calorie information than people with lower incomes and education levels. Those who actually used the information tended to opt for less rich foods as a result. Based on these findings, the authors argue that there should be a greater investment in educating consumers in low-income areas about how to interpret and use calorie count information, particularly as this information becomes mandatory at chain restaurants in the coming years under the Affordable Care Act.

Several industry whistleblowers have come forward to question the controversial HIMP program at USDA, which increases the line speeds at pork processing plants and largely turns over inspection duties to plant workers themselves. The pilot program, which went into effect at five pork processing facilities in 2007, has been sharply criticized by the Government Accountability Office, the Government Accountability Project, and the USDA’s own Office of Inspector General for failing to catch or prevent food safety threats. Now, workers from inside those facilities are speaking out in an effort to prevent USDA from implementing the model elsewhere–so, you know, there isn’t hair or fecal matter in U.S. pork.

A group of researchers has found that mercury levels have been climbing steadily in Pacific tuna since 1998. While the rise in mercury contamination may not be enough to warrant a public health outcry just yet, the scientists behind the study warn that their findings are part of a larger trend of environmental degradation that doesn’t seem to be slowing down, and could eventually threaten the safety of all seafood–not just Pacific yellowfin tuna.

Farm animals used in federal experiments to help the meat industry would receive new protections against mistreatment and neglect under legislation introduced by a bipartisan group of lawmakers from both houses of Congress. This comes after Pulitzer-Prize winning investigative reporter Michael Moss’ in-depth exposé of animals used for agricultural research at federal facilities, including the U.S. Meat Animal Research Center, a unit of USDA. Moss notes that since his initial story, ag secretary Tom Vilsack has also ordered increased protections for farm animals used in research at the center and other agency facilities.

Did we miss anything? Let us know in the comments below.