Food-X: An Accelerator To Grow The Food Movement | Civil Eats

Food-X: An Accelerator To Grow The Food Movement 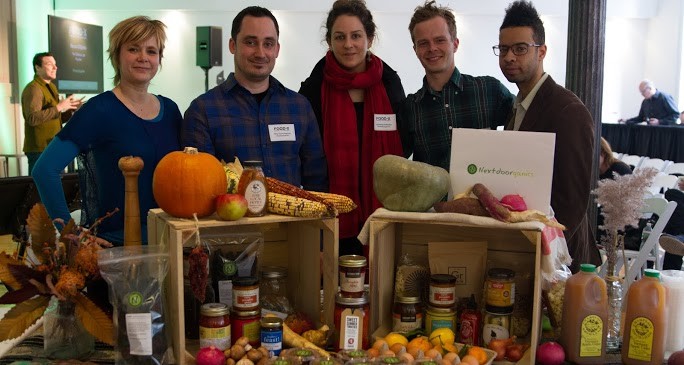 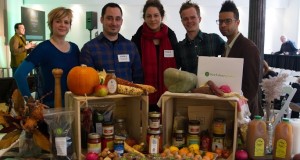 Tech business accelerators are sprouting up everywhere. In return for several months of mentorship, education, and access, many fledging companies are willing to trade a percentage of their equity for a quick infusion of cash from venture funders. And, given the explosive interest in food and farming, it should come as no surprise that some investors have finally applied the accelerator model to how and what we eat. Enter Food-X.

Founder Shen Tong was an organizer behind the infamous Tiananmen Square protests of the 1990s, and is now a father of three living in New York City. A desire to feed his kids healthy and nutritious food has thrown Tong knee deep into investing in a more sustainable food system. In June 2014, Tong joined Sean O’Sullivan at SOS Ventures–a venture capital firm with a roster of successful accelerators–and this past September the pair launched Food-X.

On a mission to create change throughout the food system, Food-X’s goals are lofty but admirable: How can we get more people eating better? How can everyone access healthy foods? How can we lower the carbon footprint of food production?

“We will focus on major cultural shifts or infrastructure plays. And we can afford to do that,” Tong said.

Investors and advisers independently, O’Sullivan and Tong had been discussing a possible media accelerator as their next creation, but O’Sullivan wisely pointed out that his friend was more passionate about food. From their discussions the partners knew they wanted to alter consumer habits through their investments. “Food is unique in that sense, it’s a focal point that can solve many problems,” Tong said recently in his Soho office.

Food-X isn’t the only one looking for solutions by incubating food companies. Chobani, the New York-based Greek yogurt maker, recently announced a six-month incubator program to invest in emerging entrepreneurs who are working with all natural ingredients, are affordable and nutritious. Another player, although with a much different framework, is the Good Food Business Accelerator, (GFBA) funded by Family Farmed, a Chicago-based non-profit, which seeks to help participating companies work on their business plans, customer development strategies, and market development. In return, GFBA takes an annual fee–but no equity–based on each startup’s increase in profits. If there is no profit, then no fee is collected. 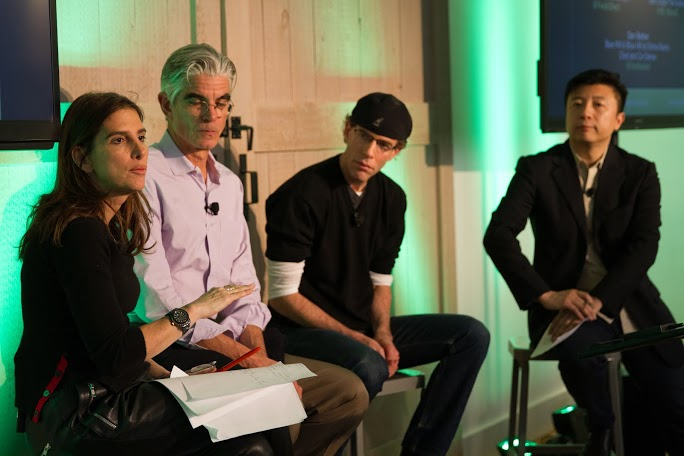 Funded with $50 million dollars from an Evergreen fund, Food-X’s plans to seed upwards of 200 companies over the next 10 years, which, the team hopes, will make valuable changes to the global food industry. The accelerator is taking the long view, with plans to give the startups plenty of runway to make their companies successful. This means the founders won’t be pressured to exit, sell or even make a profit for the foreseeable future. The exact terms are different for each company, but many in the first class gave a 7.5 percent stake in equity in exchange for an investment of $40,000.

Despite the typical union of technology and accelerators, the team took a deliberate approach to casting a wide net for companies as far upstream as possible, including agriculture. “We wanted to see what would come our way and change is made everywhere,” Tong said. Along with a lengthy roster of mentors like chef and author of The Third Plate, Dan Barber; Dorothy Hamilton, founder and CEO of ICC; Ben Cohen, Ben & Jerry’s co-founder; Danielle Gould, Food + Tech Connect founder; and Adam Eskin, founder of Dig Inn, the Food-X team quietly put the word out among their network for companies to participate.

It wasn’t long before applications came pouring in. The Food-X team culled through over 200 applications to select the first class of 11. For starters, they were looking for companies with great-tasting food, a healthful product or service offering, sustainable practices, a plan to disrupt a specific industry, category or product offering, and a focus on personal or community responsibility.

In addition to those qualities, Tong said it was important that the applicants had a strong team of founders—which he thinks is sometimes more important than the idea they are looking to bring to market.

In December, after 14 weeks of intensive work and collaboration, Food-X hosted a launch party to showcase the first class of companies. Here are a few of the startups:

At the recent launch event, dozens of Food-X participants smiled unflaggingly, despite having just spent many months and long hours honing their pitches, building their websites and growing their businesses. “Being in that environment was so helpful,” said Rob Edell, a graduate of Cornell’s hospitality program, and founder of Servy, a mobile app that connects restaurants to private feedback from qualified diners. The biggest challenge, added Edell, “is being on your own. The clock is just ticking, and every day is another day closer to being unemployed.”

Dan Barber was enthusiastic about the incubator. “One of the misconceptions about—and perhaps the failings of—the sustainable food movement,” he wrote in a recent email, “Is that we tend to fetishize the small scale and the uber-artisanal. The brilliance of Food-X and their cohort is that they look for solutions that are replicable and scalable—while simultaneously seeking to diversify and enrich local food communities. Those things aren’t mutually exclusive, which is something we all need to realize in order to engineer change.”

With the first class busy solving real world problems, Food-X has put out a call for applications for their spring class. In addition to technology startups, the team hopes that food producers will apply to the program too. And, although the members need to be in New York for the duration of the program, applications will be accepted from anywhere. All you need is a good idea.