How do the agriculture committees in the 114th Congress stack up? 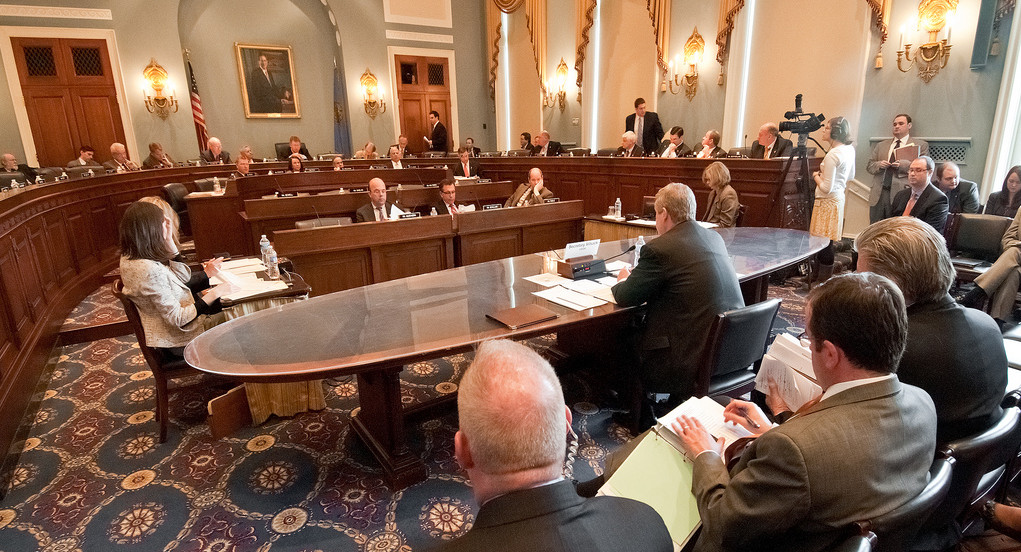 Last November, Mark Bittman, Micheal Pollan, Olivier De Schutter, and Ricardo Salvador made the case for a national food and farm policy to improve American diets and the environment. In a collectively penned Washington Post opinion piece, the authors and food system experts identified a crucial roadblock for implementing system-wide change. They wrote:

…reforming the food system will ultimately depend on a Congress that has for decades been beholden to agribusiness, one of the most powerful lobbies on Capitol Hill. As long as food-related issues are treated as discrete rather than systemic problems, congressional committees in thrall to special interests will be able to block change.

Well, in the time it takes for a third grader to drown a chicken nugget from China in ketchup, Congress has proved their point. The recent Crominbus spending bill rolled back needed school nutrition reforms and attacked U.S. Environmental Protection Agency (EPA) efforts to stem agriculture pollution.

As Republicans prepare to take full control of both the House and Senate Agriculture Committees in the 114th Congress, we can expect continued attacks on nutrition programs and efforts to make agriculture more sustainable. The agriculture committees include 20 members on the Senate side and 46 from the House, and they have general jurisdiction over a wide array issues, ranging from forestry, to livestock, dairy, farm chemicals, and nutrition assistance.

An Ag Committee seat is not a glamour posting. It is essential, however, for members who represent districts and states with large farm interests. The committees are the main incubator for legislation that governs federal agriculture and nutrition policy, the multibillion dollar farm bill.

If you’re wondering just how bad the new committees will be, Food Policy Action’s (FPA) National Food Policy Scorecard, which rates members of Congress on their food and farm votes, might provide some insight.

Much like the well-known League of Conservation Voters’ environmental scorecard, FPA’s agenda is to score important food and farm votes to give concerned eaters a roadmap at the ballot box. They focus on “policies that support healthy diets, reduce hunger at home and abroad, improve food access and affordability, uphold the rights and dignity of food and farm workers, increase transparency, improve public health, reduce the risk of food-borne illness, support local and regional food systems, protect and maintain sustainable fisheries, treat farm animals humanely, and reduce the environmental impact of farming and food production.”

Members are scored between 0 and 100. A score of 100 indicates a good food “hero,” like stalwart nutrition advocate Jim McGovern (D-Mass). Meanwhile members religiously voting to perpetuate the current industrial agriculture model like Randy Neugebauer (R-TX) get a zero.

If we compile and average the scores of the last Congress as a baseline, it gives us a sneak peek at the new committees. Remember, these members wrote and passed the 2014 farm bill, which was widely regarded as a status quo giveaway to Big Ag.

Now compare that with the new Agriculture Committee makeups:

A seven point total decline in scores between the congressional agriculture committees is not very hopeful.

Despite congressional gridlock, the new agriculture committees could very well begin crafting follow-up legislation to the much-delayed 2014 farm bill. The Ag Lobby never sleeps, and judging by the recent budget deal, the long knives are out for food stamps and conservation spending.

And while it’s too early to say what will happen with the next farm bill, it is clear that some voters are beginning to pay attention to food and agriculture as a driver in electoral politics. Food Policy Action joined other groups in successfully targeting House Agriculture Committee member Florida Rep Steve Southerland (R) in the past election, after he made his name by advocating deeps cuts to the Supplemental Nutrition Program (SNAP) or “food stamps.” The Tallahassee Democrat took notice of FPA’s involvement in the race:

“This is a big win for food advocates and Florida families,” said Tom Colicchio, co-founder and board member of Food Policy Action, which spent more than $34,000 to influence the race. “Congressman Southerland has repeatedly made policy choices that are harmful to families and small farmers. Today, we proved that voters care about food issues, and they will hold their elected officials accountable on Election Day.”

If groups like FPA and voters continue to keep the heat on their elected officials, and if that heat results in electoral consequences, then the good food movement will have delivered on Bittman, Pollan, De Schutter and Salvador’s call to action.

*New members have no scores, so for better or worse, they got a zero.