Go Ahead, Dumpster Dive. This Guy Will Pay The Fine. | Civil Eats

Go Ahead, Dumpster Dive. This Guy Will Pay The Fine. 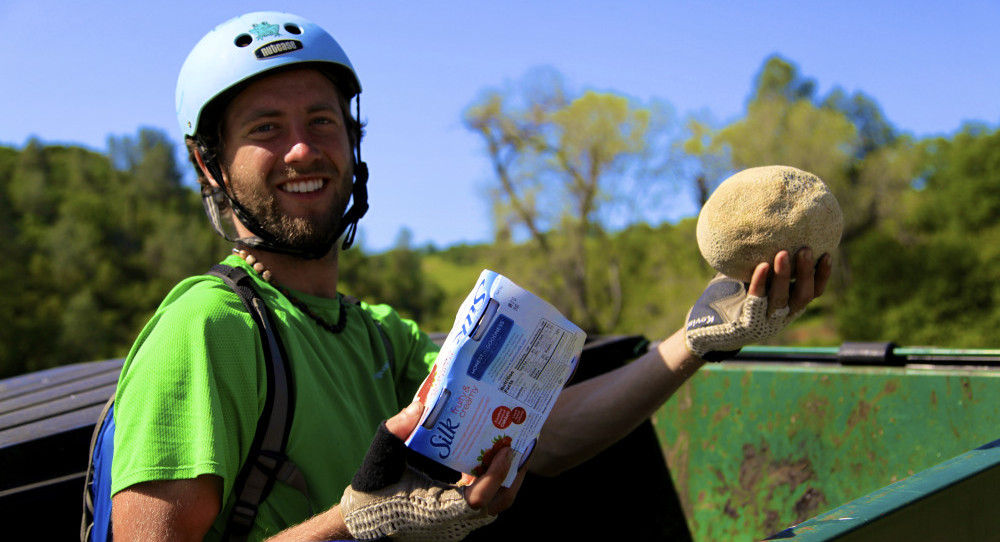 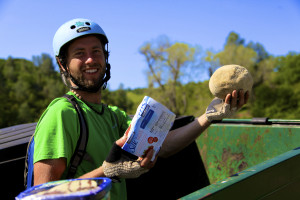 Dumpster divers of the world, unite. Last week, food waste activist Rob Greenfield offered to pay the fines and bring some media attention to anyone who gets arrested or ticketed for taking and eating tossed food.

Greenfield has been drawing attention to food waste by traveling the country, engaging local communities, and photographing the enormous quantities of wasted food he finds. Now he hopes more Americans will begin looking at the problem directly by trying it themselves by taking people’s fear of arrest and fines out of the equation.

“From what I can tell the main reason that people don’t dumpster dive is the fear of getting arrested or ticketed,” wrote Greenfield recently on his website.

“Dumpster diving is not the answer to The Global Food Waste Scandal, but it really brings it to the attention of others and gets people thinking. If everybody saw what was happening and the amount of food being thrown away, we would have a drastically changed society tomorrow,” he adds. 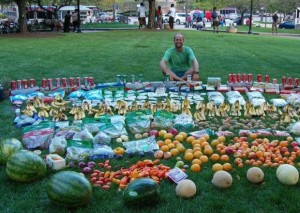 Food waste is a big problem. Each year, 40 percent of all food produced and grown goes to waste in the United States. And much of it is perfectly edible. In 2014, Greenfield decided to eat only out of dumpsters during a 1,000-mile bicycle tour from the Heartland to New York City. In every city Greenfield has visited, he’s found enough wasted food to feed hundreds of people. But rather than champion dumpster diving as a way of life, he hopes it is a fleeting practice.

“The goal is to have dumpster diving go away in my lifetime,” Greenfield says. “We’re trying to feed hungry people and do it in a just way rather than making them eat out of the trash.” He wants to turn more people into food waste advocates by maybe seeing (and even eating) wasted food when statistics fail.

Aside from the potential punishments for dumpster diving, the other main barrier is social stigma. Unfortunately, Greenfield says with a laugh, “I haven’t figured out a campaign to take people’s social stigma away yet.”

Though Greenfield would be happy to pay up on his offer, he says it’s unlikely to come to fruition. “The odds of getting arrested for dumpster diving for food are very slim,” he says, adding, “I wouldn’t mind being the one to be arrested myself.” Not only are the police understanding, according to Greenfield, they often recognize the absurdity of the waste.

Broadly speaking, the act of digging through and taking things from someone’s trash is legal. However if the dumpster in question is located on private property, divers could be subject to trespassing charges. Disorderly conduct is another potential reason the police might get involved. In 2010, one university banned dumpster diving on campus and instituted a $1,000 fine after the practice became too widespread.

There’s a misconception that eating wasted food is something that only poor or homeless people do to make ends meet. But Greenfield estimates the number of dumpster divers in America to be in the tens of thousands and he says many have expressed support and excitement about his offer.

“For so many of them, it’s a sigh of relief knowing they’re out there trying to save money and they don’t have to worry about losing money from a fine,” he says.