All the News That’s Fit to Eat: Livestock Research, New Salmonella Rules, and a Tipping Point for School Meals 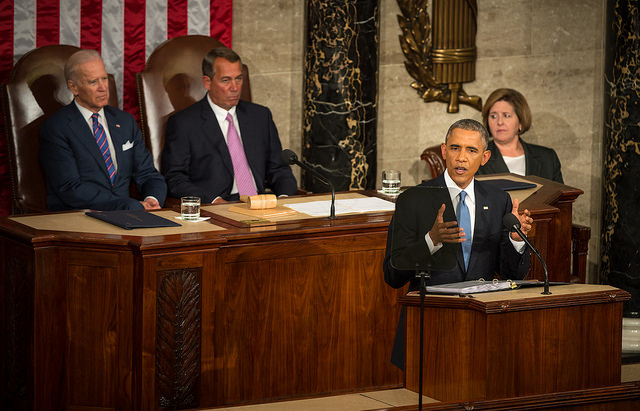 We’re wrapping up the week with the following food news from across the U.S.

About two hours outside of Omaha, Nebraska, lies the U.S. Meat Animal Research Center, a hub under the purview of the U.S. Department of Agriculture (USDA) whose purpose is to figure out how to make meat production more profitable for farmers. The work there has included raising pigs, cows, and sheep to give birth to larger numbers of offspring, and developing techniques to ensure animals yield products more finely tuned to consumers’ preferences–less fat here, more tenderness there. But one consumer preference the Center has not apparently taken to heart, despite the fact that its research is supported by taxpayer dollars, is one for animal welfare. In this New York Times exposé, journalist and author Michael Moss investigates the harmful consequences of the Center’s experiments on farm animals, and argues that even many in the industry would be appalled at the Center’s practices. Moss also details the lack of oversight from the USDA, an argues that this allows the Center to severely compromise animal welfare. USDA announced that it is looking into the claims, but it remains unclear what action the Department might take to address the report’s findings.

We’re approaching the one-month mark for Seattle’s food waste ban, which prohibits food from entering both residential and commercial trash cans. Seattle’s City Council passed the law last September in an effort to divert compostable food from the dump and the ban officially took effect on January 1. The city aims to recycle or compost 60 percent of its waste by this year, and the new law will help residents meet that goal. Worried about what happens if you accidentally toss a banana peel in the trash? Seattle won’t start enforcing the law until July 1, in order to allow homes, apartment buildings, and businesses time to prepare for the changes.

3. The State of the Union’s Food (New York Times)

In light of this week’s State of the Union address, columnist Mark Bittman looked at how the U.S. is doing when it comes to food. His take? Not so well, especially given the statistic that 46.5 million people are currently receiving SNAP (AKA food stamp) benefits. He highlights several crucial issues related to food and agriculture that President Obama could have addressed in his speech, but didn’t. Bittman also shares author Michael Pollan’s suggestion that the President endow incoming senior adviser on nutrition policy Deb Eschmeyer with the responsibility and authority to coordinate key government operations dealing with health, environmental protection, and food production.

Farmworkers at Gerawan Farming, one of California’s largest agriculture operations, are closely watching a court case that could dramatically impact their fight to create a union. The state’s mandatory mediation law, which went into effect in 2003, requires an agricultural company to allow a mediator to negotiate a contract with workers if the company originally denies the workers’ request. Gerawan is trying to strike down the law after facing mounting pressure from its workers to join United Farmworkers of America. Farmworkers remain exempt from most worker protections under the Fair Labor Standards Act, and the California case could have big implications for farmworkers nationwide.

According to new research from the Southern Education Foundation, over 51 percent of school children in the U.S. now qualify for free or reduced lunch under the National School Lunch Program. The research points to the fact that more and more public school kids, particularly in the South, are coming from low-income families than in recent decades, and calls for an increased investment in meeting these kids’ dietary and educational needs. In order to qualify for reduced-price lunches, a family of four must have an annual income that falls below $44,000; families with incomes below $24,000 a year receive free lunch for their children.

After a spate of salmonella outbreaks linked to Foster Farms chicken last year, USDA began checking chicken parts—not just whole birds—for the bacteria. The results were alarming, with cut-up chicken bearing up to three to four times the amount of salmonella than whole chickens. USDA officials note that the bacteria levels in ground chicken were even worse. In response, the Department has proposed a new standard to reduce salmonella contamination in chicken. Thus far, there has not been much industry blowback, as the National Chicken Council released a statement acknowledging that it will comply with the standards once they go into effect.

Two New York City Council members are pushing the city to adopt Meatless Mondays, a nationwide effort to curb meat consumption in the name of public health, animal welfare, and environmental protection. Helen Rosenthal and Corey Johnson are calling on their fellow elected officials and NYC denizens to join restaurateurs, consumers, and schools and “start their weeks off right while simultaneously catalyzing collective positive change.” If the NYC council takes up the resolution, it would join other big cities like Los Angeles, San Francisco, and Washington, D.C. in supporting the movement.

Share your food news stories in the comments below.