Seeds: The Heart of Organic Innovation

The Seed Matters project is investing in bridging the organic seed gap. 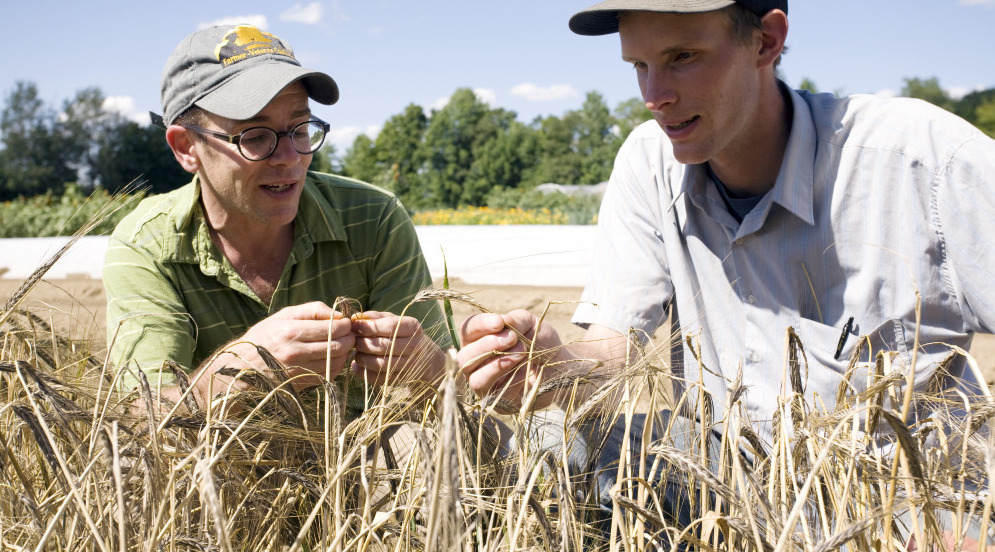 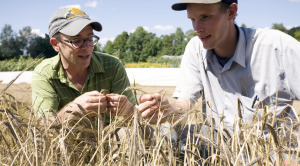 Matthew Dillon learned a tough lesson about seeds early in his career. Dillon was the executive director of the Abundant Life Seed Foundation at the time. The former organic farmer says he had become “obsessed with heirloom conservation and the importance of conserving genetic diversity,” and had spent time building the Foundation’s seed bank. Then one day, Abundant Life’s office—and seeds—was ruined in a fire. Over 5,000 rare plant varieties went up in smoke.

For Dillon, who went on to direct the Organic Seed Alliance (OSA), and now heads the Seed Matters initiative of the Clif Bar Family Foundation, the lesson was clear: Squirreling away the makings of genetic diversity in seeds banks isn’t enough.

“In order to have long-term resiliency, we need resilience in our seed systems, meaning regional farmers with strong seed skills, who know not only how to save seed for their own on-farm use, but how to continually improve crops and breed brand-new crops,” says Dillon.

His work is still based on this principle. In the last few years, Seed Matters has been working quietly, bringing on a sizable list of corporate partners, including Earthbound Farms, Whole Foods Market, and others, to do what it calls “Seed CPR,” by injecting $1.5 million into organic seed breeding, research, and production.

An entire sub-industry has sprouted up in recent decades selling seeds and plant starts. As a result, few of today’s farmers know how to save and work with their own seed and centuries of traditional knowledge has all but disappeared. In response, Seed Matters is training organic farmers to re-engage with this aspect of their work, with the hope that they will also find ways to improve the foods we eat.

They partner with OSA to do on-farm breeding and encourage farmers to develop new varieties, like Abundant Bloomsdale spinach, which is open-sourced (meaning it can be bred and shared openly by farmers), designed to grow esp 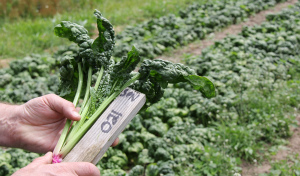 ecially well on organic farms, and just went on the market.

In 2011, Seed Matters started graduate fellowships, focused on organic seed breeding, with the hopes of creating the next generation of researchers. Since then they’ve funded 13 fellows working on a range of topics.

Take Bill Tracy, professor and chair of the Agronomy Department at the University of Wisconsin in Madison who is working to improve sweet corn for organic farmers. The idea, explains Dillon, is to breed corn seeds that can survive being planted in early spring, when the soil is wet and cold. Conventional sweet corn growers buy seed that has been coated with fungicide, whereas organic growers don’t have, or necessarily want, that option.

Although Clif Bar, the company, has also provided funding for Seed Matters (they fund Dillon’s position as the director, and he also serves as the company’s agricultural policy and senior manager), the goal has never been to develop more organic ingredients for Clif Bars.

Rather, Dillon says, “we wanted to improve crops that we were hearing from regional farmers and plant breeders needed work. For example, we heard that farmers were concerned about organic corn being contaminated by GMOs, so we funded Major Goodman at North Carolina State to breed an organic corn that can better reject GMO pollen.”

That said, Dillon does point to the fact that Clif Bar was inspired by the work of Seed Matters to begin funding organic oat research as a company.

This year, after working more or less behind the scenes on an aspect of the food system that is essentially invisible to most eaters, Seed Matters will be launching a consumer-facing campaign to get people who Dillon says “already understand the farm-to-table,” to start seeing seeds in the equation. Call it seed-farm-table.

Dillon will be delivering a keynote at next month’s Organicology conference in Portland, Oregon, where he hopes to encourage the organic industry to step out of what he calls “its own mythologies.”

“Organic farming really isn’t farming like your grandpa used to,” Dillon says. It’s not just “cutesie little boutique farms doing a couple acres of rutabaga and kale. There’s a much bigger picture out there; organic has the potential to be a major catalyst for positive change and the ecological impact as well as improving the quality of food for consumers.”

He sees seeds as a great place to start with that innovation. But beyond that, he adds, “it’s a symbolic emblem of what we can accomplish in organic.”

Civil Eats is a media sponsor of Organicology. The site has also received support from the Clif Bar Foundation.