As You Sow, So Shall You Reap: Mormons and the Land | Civil Eats

As You Sow, So Shall You Reap: Mormons and the Land

A vast, little-known system of welfare farms is run by the Church of Jesus Christ of Latter-Day Saints, feeding their faith and community. 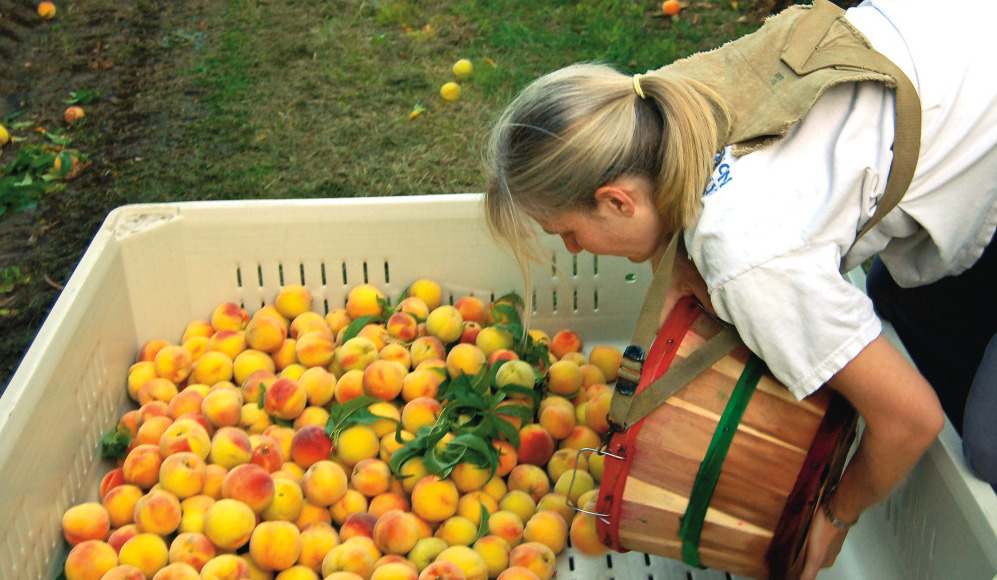 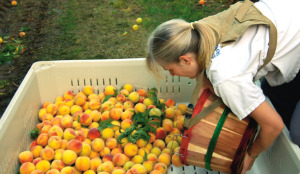 This is the second installment of our ongoing Faith in Food series. Read the first installment here.

On a hot summer day two years ago, Michael Larsen, a Rexburg, Idaho father of five, answered a call for volunteers from a bean farm near the Utah border, bringing with him his two young daughters. In a scene recalling an Amish barn-raising, he describes many hands making light work of hoeing the sun-baked, pancake-flat field, each group working two or three approximately half-mile-long rows.

“It was a cool sight,” he recalls. “More than a hundred people spread across the entire field, working their way down the rows and back.” His kids complained about the heat and the length of the rows, but Larsen, a devout Mormon, believes the experience helped pass on values he gained from harvesting potatoes while growing up in rural Idaho.

“I feel like they’ve come to better understand the importance of self-reliance from participating in it,” he says. “I wish there were more opportunities like that.”

The farm Larsen and his daughters volunteered on that day was no ordinary bean-growing operation: It’s part of a vast, yet little-known system of welfare farms run by the Church of Jesus Christ of Latter-Day Saints (LDS). This network of more than 50 farms, scattered across the West and ranging from 100 to 10,000 acres, grows everything from wheat to apples to raisins.

The crops supply a distribution system of 143 “bishops’ storehouses,” church food banks where a signed form from a local Mormon leader is the only legal tender. Filling hundreds of thousands of food orders a year, the operation may be the nation’s largest private welfare system.

Wade Sperry is the LDS Church official charged with overseeing this extensive network. “We have a scriptural mandate to care for the poor and needy,” he says. “Throughout the Bible and other scriptures we have in our church, Christ is quoted as saying that we need to feed the hungry, clothe the naked, and care for the stranger.”

Mormons’ motivations for farming aren’t quite so simple. After all, Jesus doesn’t say you have to grow the food you feed the hungry with. The LDS Church’s farm-to-food-bank welfare system also has its roots in this modern, fast-growing religious minority’s longstanding ethic of self-reliance. 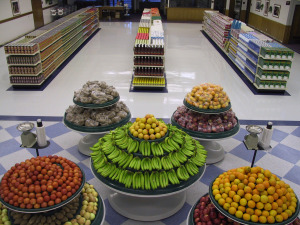 For Mormons, growing food has always been a social safety net.

Within a couple days of settling in Utah’s Salt Lake Valley in 1847—planting a proverbial flag in the arid land that would become the Mecca of their faith—Mormon pioneers had built a diversion dam on City Creek to irrigate newly plotted fields. Within a few years, they had spread throughout the valley and beyond, constructing the most advanced canal network in the West.

Cultivating this territory was a colonization project, to be sure; the followers of the LDS Church were trying to create a religious refuge in what were then the wilds of Mexico. But farming was also a necessity: In early pioneer-era Utah, where there were few trading partners, food security demanded growing your own.

The current farm system started during the Depression, when church leaders, who had long connected economic and political autonomy, set themselves up in opposition to the New Deal.

“They saw welfare as a neighbor-to-neighbor obligation, not a function of government—particularly not the federal government,” explains Brian Cannon, a Brigham Young University history professor. “So, they looked for ways for Mormons to care for themselves.”

At the time, some Mormon farmers couldn’t afford to pay workers for harvesting, so their crops would rot in the field, says Kate Holbrook, a historian with the LDS Church History Department. Harold B. Lee, a regional religious leader at the time, came up with an idea: Put unemployed men to work harvesting the crops, split the yield with the farmer, and use the extra to feed the many hungry.

Today, the modern Mormon welfare-farm system reflects that self-reliant ethic. In 2013, manned in part by volunteers, church-owned welfare farms produced approximately 83 million pounds of wheat and dry beans, 20 million pounds of row crops (e.g., sugar beets), and 6 million pounds of fruit. This food is processed at church facilities, mostly by volunteers, and distributed via the bishops’ storehouses. To fund the system, observant Mormons fast on the first Sunday of each month and donate the amount they would have spent on food.

“People gain a lot of blessings—satisfaction, whatever you want to call it—from working for free to feed somebody in need,” Sperry says.

Mormons—along with the rest of the American population—have largely relocated from rural to urban areas in recent decades. And like much of agriculture, the welfare farms have become less local and more industrialized. “There’s less involvement by lay members in harvesting operations,” Cannon says. “The church has moved to a model with more corporate farms.” 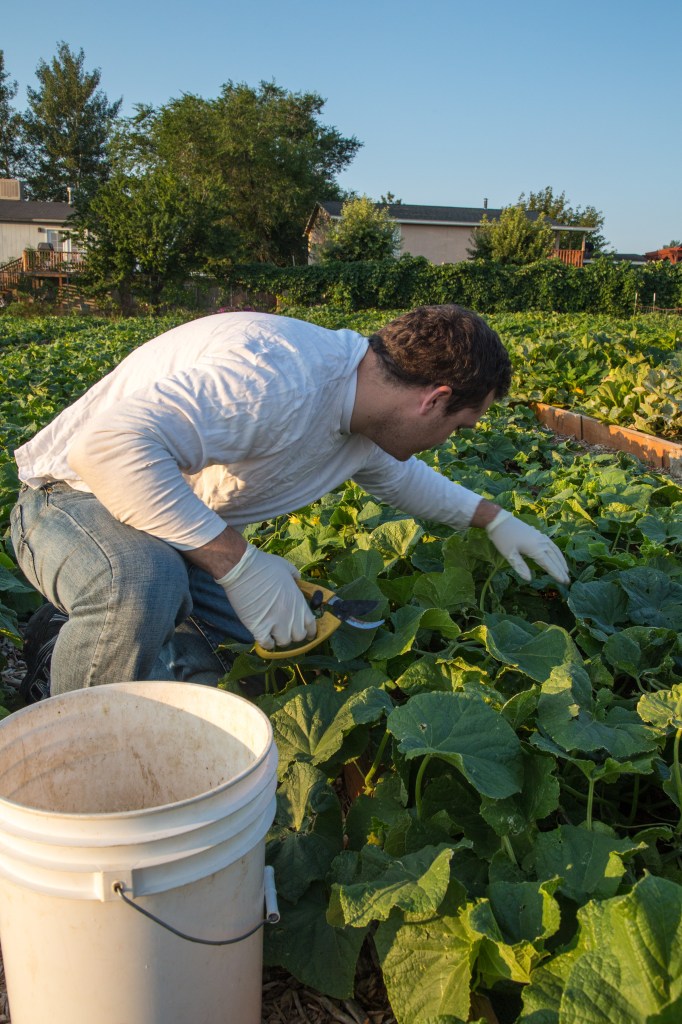 With these shifts, working the land has been imbued with spiritual significance (and more than a little nostalgia). Spencer W. Kimball, president of the church in the 1970s and 1980s, encouraged Mormons to grow their own food—even just potted tomato plants on an apartment balcony.

The church leader, who’d grown up on a farm, held a conviction that “something had been lost when Mormons left the countryside,” says Cannon. “More than economics, it had to do with a work ethic and a spiritual value.”

Kimball often cited the so-called “law of the harvest”–“As you sow, so shall you reap.” This New Testament passage has since become a Mormon mantra, linking farming with LDS’ beliefs about personal responsibility and spiritual rewards.

“When you farm, you learn that when you plant something and tend to it, you get a good product,” Holbrook observes. “Doing things like going to church, reading your scriptures, and serving your neighbor is the spiritual equivalent to planting your seeds in rich soil: you’re going to become a better, more loving, closer-to-God kind of person.”

It’s another lesson Larsen hopes his daughters learn from their brief stints as bean farmers.

“I don’t expect the concept to sink in at their ages, but I think the experience will provide a springboard for discussion throughout their lives,” he says. “Farming teaches a spiritual principle through physical means. If we make bad choices, that’s going to have negative consequences. If we plant beans, we’re not going to get corn.”

Photos, from top: North Ogden Utah Peach Orchard, The Salt Lake City Bishops storehouse, The Magna Welfare Farm (see more pics of this farm). All are used here courtesy of the The Church of Jesus Christ of Latter-day Saints.