All the News That's Fit to Eat: Foie Gras is Back, Pork Goes Missing, and New GMOs Get Approved | Civil Eats

All the News That’s Fit to Eat: Foie Gras is Back, Pork Goes Missing, and New GMOs Get Approved 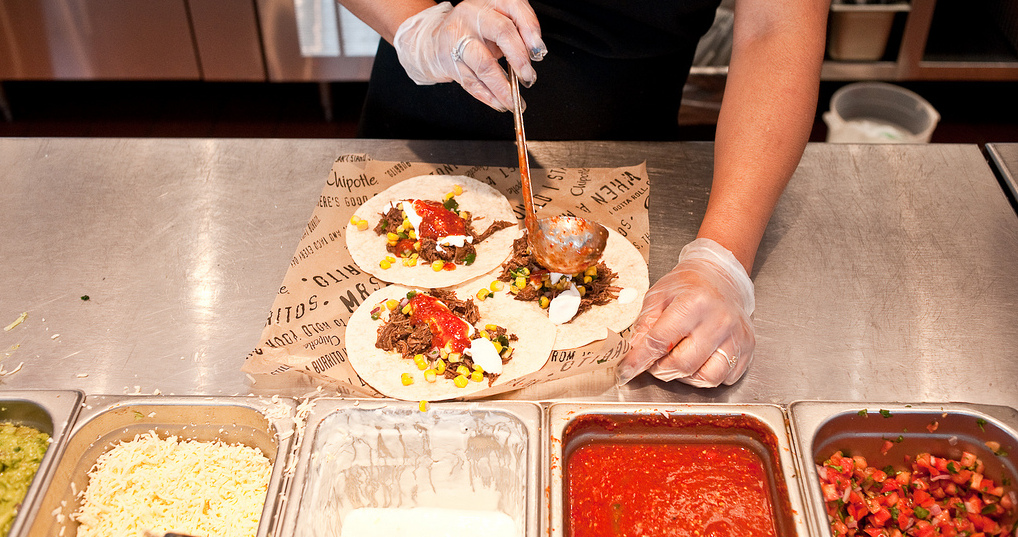 Here’s what caught our eye this week. Stay warm out there; only 63 days ’til spring!

Monsanto developed the new soybeans and cotton–which were approved yesterday–to resist a new herbicide that combines dicamba and glyphosate (Roundup) with the goal to combat “superweeds” or those that have grown resistant to Roundup alone. Environmental advocates worry that while the new blend might work in the short-term, it will likely just create new forms of resistance, leading to more overall pesticide use over the long haul. Among other things, critics point out that Dicamba is especially prone to “drifting” or landing on nearby crops. Wenonah Hauter, Executive Director  of Food and Water Watch said in a press release: “The USDA has ignored pleas from organic farmers and other specialty crop growers asking the agency not to approve these crops that will increase applications of this incredibly drift-prone herbicide. Farmers of nearby non-tolerant crops will pay the price for USDA’s short-term weed management fix in the form of diminished or completely destroyed harvests caused by dicamba drift.”

This week, a federal judge found one of the largest dairies in Washington State’s Yakima Valley guilty of polluting the area’s groundwater. The farm produces 100 million gallons of manure every year, and while it applies some it to farm fields, a great deal is held in lagoons where it seeps into the nearby aquifer, essentially poisoning the water with nitrates. While this mega-farm is far from unique, the verdict is. The judge ruled that its practices posed possible “imminent and substantial endangerment” to the public and the environment. The plaintiff,  Community Association for Restoration of the Environment (CARE), worked with the Center for Food Safety and both groups hope that  ruling sets a national precedent for manure management.

As we reported earlier this week, the pesticide chloropicrin has been in the running as a replacement for methyl bromide, another pesticide (especially popular in strawberry production) that is being phased out of production. But shortly after we published our article, the California Department of Pesticide Regulation (DPR) announced that farmers in the state must restrict their use of the “tear gas-like pesticide” under new rules designed to protect farmworkers and people who live and work in farm communities. The new rules require buffer zones of up to 100 feet around fields, restrict the number of acres growers can fumigate at a time, and require them to notify surrounding homes and businesses.

A federal judge overturned the state’s two-year ban on sales of the fatty liver of ducks and geese. While the production remains banned in the California, chefs can now order it from outside the state–and many did so as soon as they heard the news. While animal rights activists protested in Los Angeles, New York Times columnist Mark Bittman argued that focusing on this “rich people’s food” is missing the point. “Statistically, foie gras is insignificant; according to a spokesman at Hudson Valley Foie Gras, one of the country’s main producers, the market in the United States involves just under 600,000 animals per year. My elementary math estimates that the United States chicken broiler industry kills more birds than that every single hour of every single day. Almost all of those birds are raised in conditions that range from unnatural to torturous.”

After learning that the pork it was serving did not meet its animal welfare guidelines, Chipotle has temporarily stopped serving carnitas at 600 stores around the nation. In a statement, the company stressed that the pigs they buy were treated markedly better than those from pigs raised in industrial settings. “Conventionally raised pigs generally do not have access to the outdoors, spend their lives in densely crowded buildings, live on hard slatted floors with no bedding and no ability to root, and are given antibiotics to keep them from getting sick,” the company said in a statement. “We would rather not serve pork at all than serve pork from animals that are raised in this way.” The move might disappoint some pork lovers, but, like its recent avocado shortage announcement, provides free publicity for a company that hopes to continue winning over millennial audiences by walking its talk and maintaining high standards.

New legislation will allow European Union member states to decide for themselves whether to allow cultivation of genetically modified (or “GMO”) foods. Currently only one GMO crop–corn–is grown in the EU, but countries such as England have expressed interest in planting additional ones. Meanwhile, Scotland and Wales are expected to ban them. Critics worry that the change could “create a patchwork of GMO regimes.” According to the BBC, nine European countries have banned their cultivation  so far: Austria, Bulgaria, France, Germany, Greece, Hungary, Italy, Luxembourg, and Poland.

The Institute of Medicine just released A Framework for Assessing Effects of the Food System,  aimed at establish a basis for calculating the true cost of industrial food production. As we’ve discussed before, consumers don’t pay this “true cost” because many of the harms done to the environment or public health as a result of industrial farming practices are currently not included in cash register prices. And while the Institute of Medicine hasn’t actually calculated the cost, it has done a great deal of the work toward making that possible. Author and NYU Professor Marion Nestle calls it “a fabulous resource for understanding the the effects of the U.S. food system on health, economics, the environment, and society.”

Ebola infection rates appear to be leveling off in Sierra Leone, but food insecurity is on the rise. By March, the U.N. Food and Agriculture Organization (FAO) predicts that nearly 300,000 people could go hungry there, thanks to the toll the Ebola virus has taken on the country. While preventing the disease from spreading has required people to distance themselves from one another, reported Lisa M. Hamiton writes:  “Agriculture, the country’s lifeblood, relies on people coming together … The picture in Sierra Leone is dozens of men and women using machetes, shovels, and their bare hands. As they touch, talk, and sweat their way across a field, the work they do is inherently connective.” Now, both farmers and farmworkers are afraid to work together and food production is suffering.