How Microplastics from Fleece Could End Up on Your Plate

New research on fish in the Great Lakes could have implications for seafood everywhere. 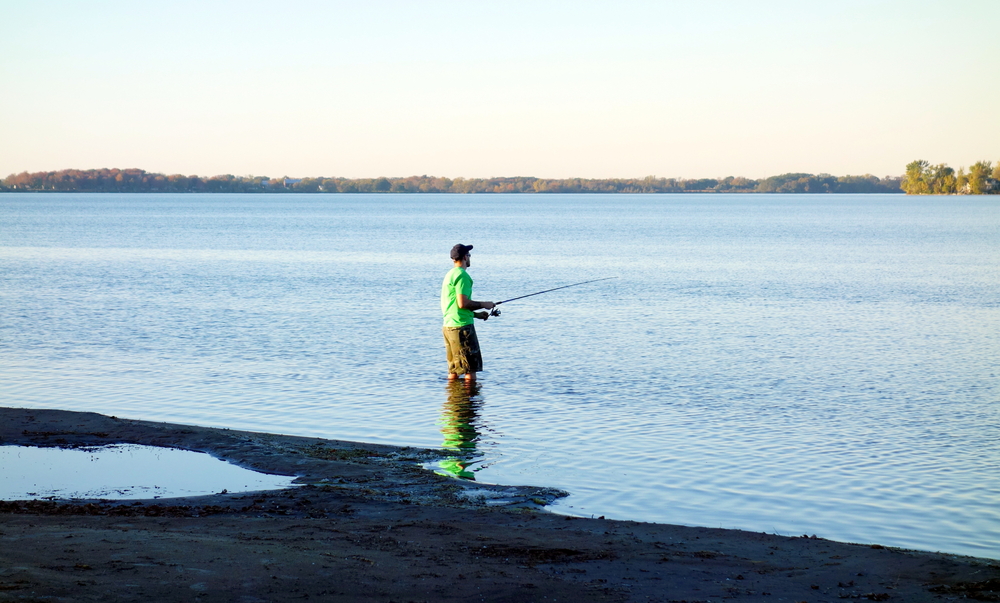 You wouldn’t eat the tiny plastic fibers that come off your fleece jacket, would you? Research released last week suggests we might be eating the fish that do. The study–the first of its kind–found that Great Lakes fish are swallowing micro-plastic fibers [PDF] that have found their way into the waste stream from washing machines. And the fish that ingest them include species sought after by Great Lakes anglers, among them: brown trout, cisco–also known as “lake herring”–and perch.

“Every one of the 18 species we sampled showed some plastic and the majority of this was fibers,” explained Sherri Mason, professor of chemistry and environmental sciences program coordinator at the State University of New York at Fredonia. Mason then sampled 17 different southern Lake Michigan fish species for the presence of microplastics. None of the species they examined were free of contamination.

The fibers, Mason explained, get sluiced down the drain when synthetic fabrics, often made up of plastic, go through the wash. Washing machines don’t typically have filter traps and the tiny fibers also slip through wastewater treatment. Made of plastic polymers designed to resist environmental degradation, these fibers they do just that and persist in the environment, rather than degrading quickly as might bio-based fibers, like cotton or wool. Fish then ingest the fibers when they feed. When we eat those fish, we’ll be eating those fibers, too.

The fibers “get enmeshed in their G-I [gastrointestinal] tracts,” where they can pose physical and physiological hazards, explained Laura Kammin, pollution prevention specialist with the Ilinois-Indiana Sea Grant who worked with Mason on the study that documented fibers in Lake Michigan waters. If these fibers are so tiny–the National Oceanic and Atmospheric Administration (NOAA) defines “micro” to be 5 millimeters or less (around the length of a typical housefly)–why does it matter if fish are eating them?

As it turns out, these tiny fibers can pose physical hazards as they get ingested and lodged in the gut, the researchers say. And, as Chelsea Rochman, a postdoctoral fellow at the University of California Davis who specializes in microplastic pollution research, explains, this debris brings chemical contaminants that can potentially harm fish, among them endocrine disruptors, neurotoxins, and potential carcinogens. The plastics–whether fragments of larger plastics, microbeads or the fibers Kammin and Mason have found–are made of chemicals that, at any size, may pose health hazards to aquatic organisms and humans alike.

These microplastics also “act as a sponge” and can “transfer a cocktail of chemicals” to fish and other aquatic species, says Rochman. This means that these fibers and other plastic debris are also delivering chemical contaminants into our food web.

In their research off the California coast, Rochman and her colleagues have found metals (including lead and cadmium, known neurotoxins) and flame retardants–polybrominated diphenyl ethers (PBDEs)–that have been used widely in both hard plastics and upholstery foams and are known to be persistent pollutants. They have also found polycyclic aromatic hydrocarbons (PAHs), compounds associated with fossil fuels and a variety of adverse health effects, and PCBs (polychlorinated biphenyls). The researchers have also found evidence that plastic debris is affecting endocrine hormone activity in fish.

Other researchers on the East Coast and in the U.K. have found similar results in examining microplastics: evidence that such fibers and fragments had absorbed PBDEs, metals, PCBs and other contaminants that can be passed up the food web to humans. The European researchers also found microplastic fibers and fragments in commercially grown shellfish, including mussels and oysters destined for dinner plates. Eat one of those shellfish and you’ll be eating whatever that mollusk has.

Although she hasn’t published the research yet, Rochman says that she and colleagues have found microplastics in seafood sold in markets in the U.S. and Indonesia. The fish sampled from the U.S. market, she says, had plastic fragments and fibers in it–just like those found by the Great Lakes researchers. So it seems increasingly clear that if we want seafood free from chemical contaminants, we need water free of both invisible toxics and the ubiquitous plastic debris that’s acting as a pollutant delivery system.

Next steps for Kammin and Mason will be analyzing chemicals in the plastics they’ve found and their health effects. They also plan to expand their freshwater research to rivers and streams.

What can be done to stem the tide of this debris? The researchers think the solution will have to be upstream–where these fibers are getting into the water in the first place. Perhaps doing less laundry, they say. Or, we could all start wearing more natural fibers. But, more realistically, washing machine filters are probably needed. In the meantime, some of our seafood may come with a sprinkle of microplastic.