Sean Brock and Anson Mills on their unique partnership. 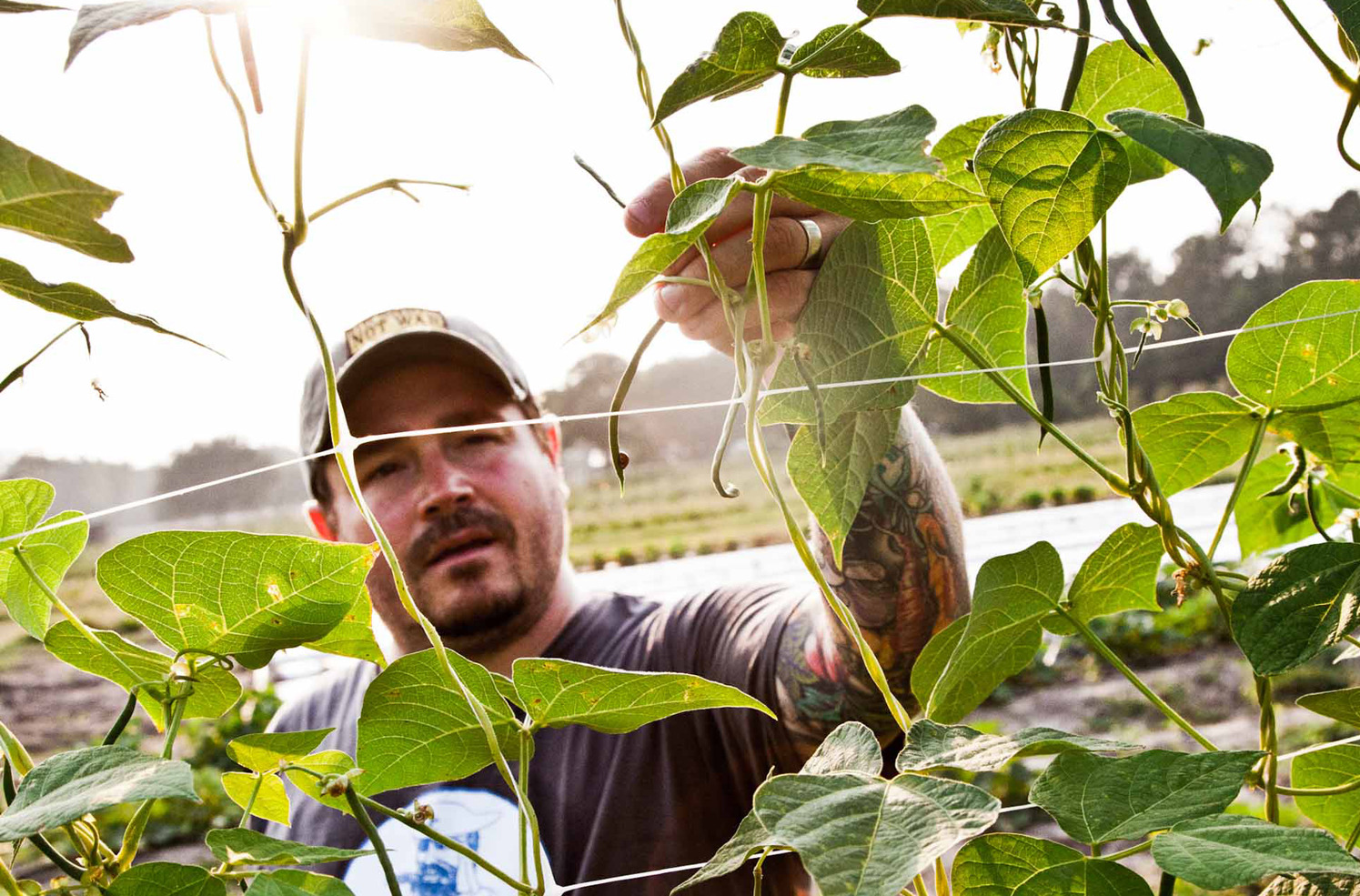 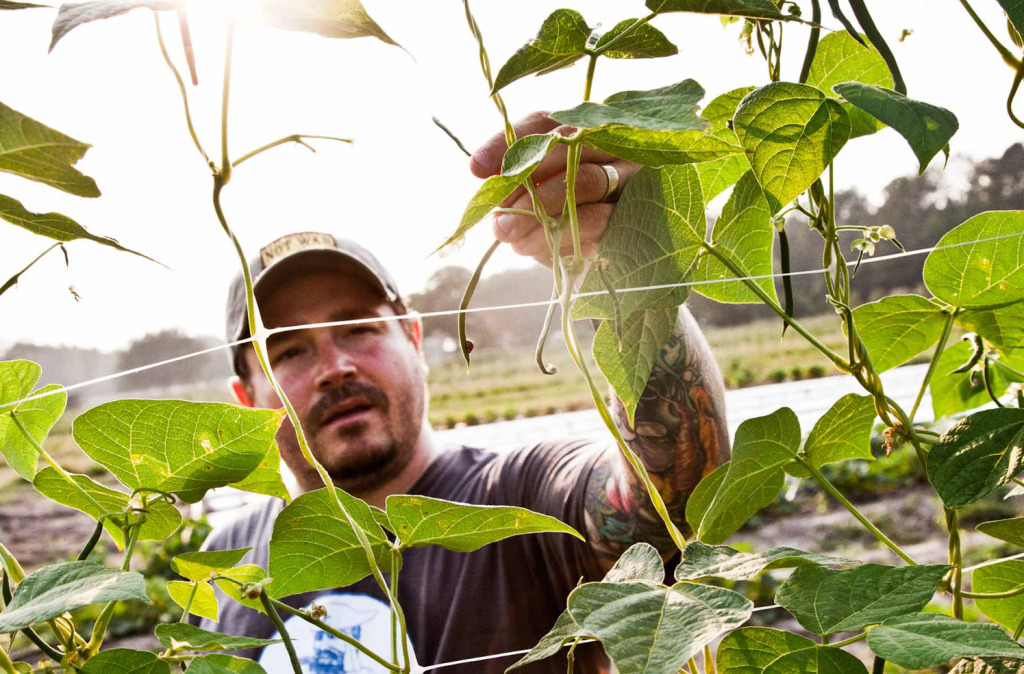 Like every rural kid who has ever worked in their grandparents’ garden, Sean Brock took for granted the local, home-grown food that surrounded him as a child growing up in Southern Virginia.

“I had no idea how lucky I was to grow up poor in the middle of nowhere,” says Brock. “I wanted to do all the stuff I saw on TV and didn’t want to work in the Goddamn garden. Then it was all I wanted to do, all I gave a shit about.”

Brock is the award-winning Executive Chef and Partner of McCrady’s and Husk Restaurant in Charleston, South Carolina and Nashville, Tennessee and the subject of the second season of PBS’s Mind of a Chef. His new cookbook Heritage has spent four weeks on the New York Times best-seller list and it’s not just because Southern Food has made a comeback. It’s because Brock has personally helped resurrect it.

In recent years, Brock has been a pivotal part of a larger effort to bring back the flavors of the traditional cuisine of the region. In fact, to hear Brock tell it, the reason traditional Southern food went out of fashion in the first place is because the ingredients—like so much food in America—became the product of industrialization.

“From around World War II until about the 1990s, the cuisine went on hiatus because people weren’t growing the right plants. In the 1940s, Uncle Ben’s was introduced and became the largest selling rice. And Uncle Ben’s tastes like… well, not much,” he says.

When he talks about bringing back the flavors, it’s not merely conceptual. Brock has been working directly with people who are re-discovering and re-establishing heritage varieties of grains, legumes, and oilseeds in the region. And rice isn’t just a random example. 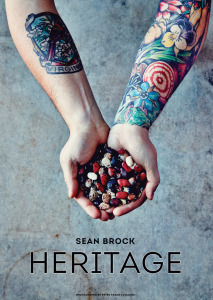 For years Brock has worked alongside Glenn Roberts, an equally important force in the Southern food scene, and the founder of Anson Mills, a company that contracts with farmers to grow around 300 types of grains, legumes, and oil seeds—to literally “repatriate the landrace varietals.” This work centers around Carolina Golden Rice, the once-common variety that was nearly gone by the time Roberts began his quest to resurrect it in the 1990s, and extends to include a long list including wheat, corn, buckwheat, rye, oats, peas and beans, etc.

“Prior to our infatuation with barbeque, we actually had a world class Mediterranean-based cuisine where meat was never at the center of the table, it was rice,” says Roberts. “But you can’t just grow rice and wheat, we have to grow all the other things that make them flavorful.” Here he’s talking about crop rotation—the age-old method of growing things like field peas and bene (a special Southern variety of sesame seeds pronounced, benny) between grain crops. The cuisine was called The Carolina Rice Kitchen, and as Roberts puts it, “the entire system of plants was at the center of the table.”

Roberts met Brock a few years back, when Brock had just started to dig into the complex world of heritage and landrace varietals. “He was always bugging everybody for seed. Unlike most chefs, he actually grew everything. He grew the core [crops] of the Carolina Rice Kitchen.”

According to Roberts, Brock immediately adopted the traditional cuisine, and even developed a tasting menu at McCrady’s in Charleston with a simple dish of buttered rice called “Charleston ice cream” at its center.

While Roberts is impressed by Brock’s drive, and willingness to grow his own ingredients as a way to get to know them better, Brock is unequivocal about Roberts’ influence on his work.

“If Anson Mils didn’t exist, I’d probably be a race car driver,” he says. “You can’t restore or celebrate a cuisine, if the ingredients aren’t delicious. Before Glenn started discovering all these plants and doing research and growing them the right way and teaching people how to use them, we didn’t have those opportunities.”

Of course, to truly understand the partnership between Roberts and Brock, it helps to know a bit more about Anson Mills, which is anything but your standard grain company. Anson Mills began as a passion project for Roberts, who recounts the long and winding path he took to build it into a viable business on his website. (A version also appears in the pages of Heritage, along with a number of other farmers and ranchers Brock has worked closely with over the years).

Today, Roberts works with a whole network of farmers and seed-savers—including 38 production farmers in the Virginia and Georgia corridor—and he conducts research all over the U.S. He also sells the bulk of his grains and other products to high-end chefs, many of whom are willing to pay more to support his mission to preserve old, flavorful varieties. Roberts has donated seeds around the country and helped to set up a number of what he calls “grain hubs.”

Roberts’ work might seem like a drop in the bucket compared to the millions of acres dedicated to grain monocrops throughout the Midwest, where the fields are populated by only a handful of varieties bred for convenience and yield. But the production farmers who can make a living selling their grains and legumes through Anson Mills are also by necessity taking much better care of their soil, and therefor keeping a whole host of synthetic fertilizers and chemicals out of the environment.

If Brock has become a bit of a celebrity, it’s clear that his enthusiasm wouldn’t have been possible outside the world Roberts has worked to create.

“I was cooking fine food before I met Glenn, but once I met him, I had a purpose and mission. It was like I had work to do outside of the kitchen,” recalls Brock. “A whole new world opened up. I started seed saving like a mad-man and I became friends with professors and plant geneticists and people who I would never have hung out with or learned from.”

Now, 15 years in, all the work that Roberts, Brock, and others have done to bring back and popularize old Southern flavors has begun to pay off. And Heritage is testament to that fact. The chef hopes this time will be remembered as one of the most important periods of American food: The decade the Southern Pantry was restored.

“The idea with the book was to capture this moment, in order to inspire people all over the world to have the same mission,” says Brock. “Let’s cook these old dishes, let’s revive them, let’s move it forward into our generation and pass it onto the next.” 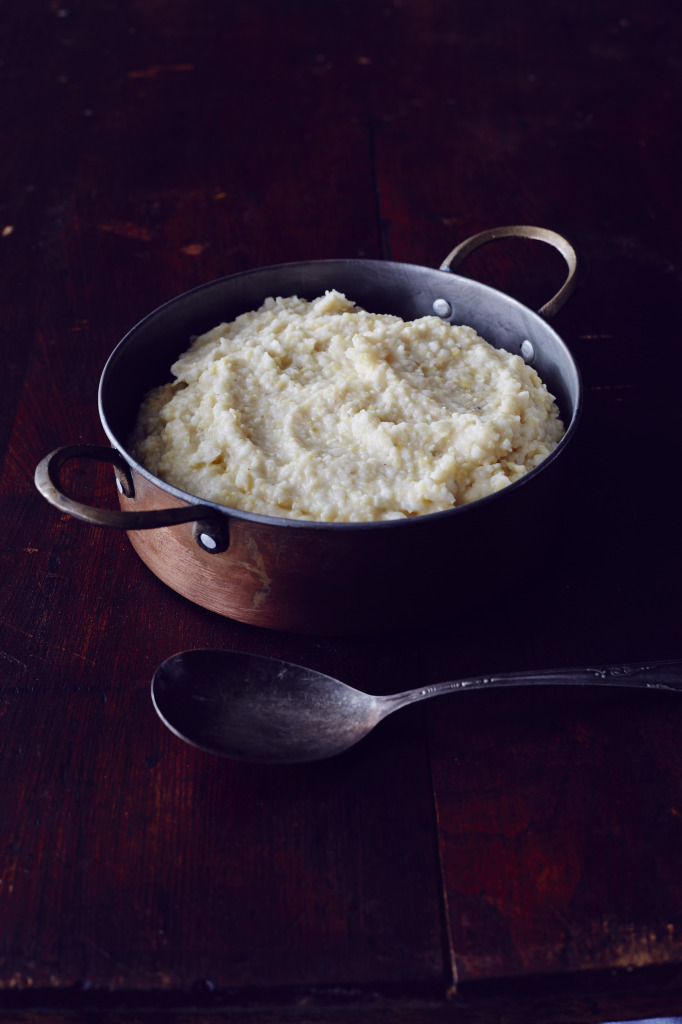 Here are a couple of rules to follow when cooking grits:

Each variety of corn has a different aroma and a different flavor. I like to eat grits that come from around the South and compare tastes. Try different ones until you discover your favorite.

Always soak grits for at least 6 hours, preferably overnight. Keep in mind that you are essentially hydrating the dried corn when you are cooking it, and you want to cook it as quickly as possible—the faster the grits cook, the more corn flavor they will have. Soaking grits starts the hydration process, so it will take less time to cook them.

Right before you cook grits, skim off any chaff and hulls that have floated to the top of the soaking water; I use a fine-mesh skimmer. The chaff and hulls will never soften, so the grits will taste undercooked and you’ll find yourself cooking them to death.

Use the soaking water to cook the grits. I want to taste the corn when I eat grits; if you use milk to cook them, you mute their flavor.

Stir, stir, stir! We have a rule in my kitchen: If you walk past grits cooking, give them a stir; make sure you scrape the bottom of the pot. And make sure you keep the sides of the pot clean. If some of the grits stick to the sides when you stir and you leave them there, they will never cook, but they will eventually find their way into the cooked grits.

Here is my preferred method for cooking grits (for the most part). The precise timing and the amount of water depend on the factors mentioned above.

All Photographs by Peter Frank Edwards.