Despite Tech + Ag Hype, Farmers Not as Connected as You'd Think | Civil Eats

Despite Tech + Ag Hype, Farmers Not as Connected as You’d Think 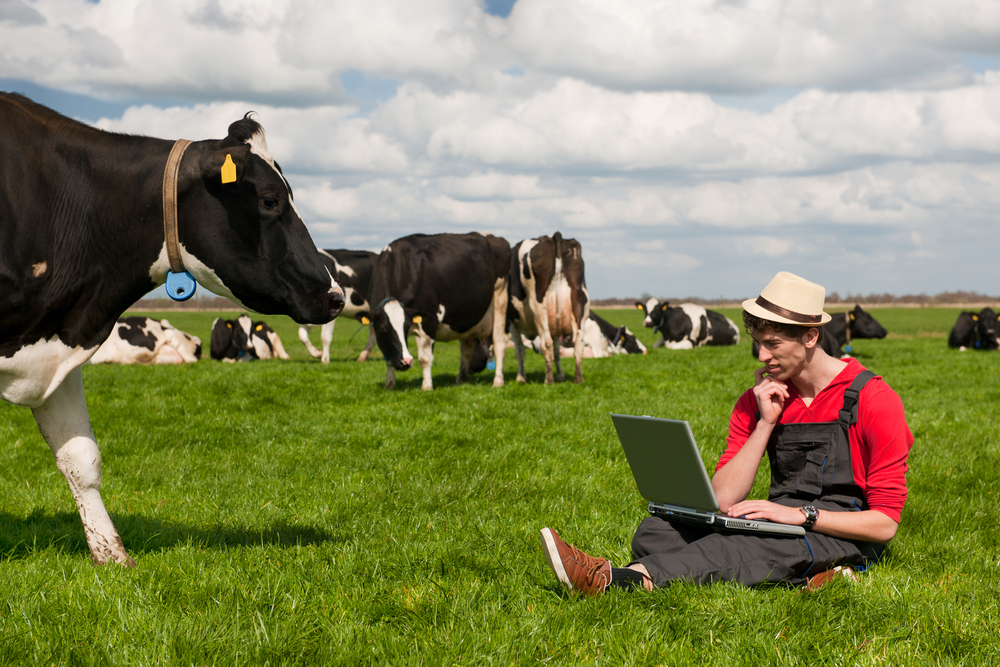 Eating, shopping, dating–most Americans now conduct so much of their lives online, they can hardly remember a time before the Internet Age. And while some farmers are using technology to improve their crops, in reality, most are not as connected as you might think.

The latest U.S. Census of Agriculture suggests that unlike your average urban dweller, most farmers don’t have their eyes permanently glued to a glowing screen. Nearly 33 percent of American farmers lack Internet access and only 40 percent use the Internet at all for agricultural enterprises. And, according to the National Broadband Map (NBM) only 78 percent of rural residents currently have access to a broadband network–a fact that poses a problem for those using “precision farming” techniques and working with precise, high-tech tools and Big Data. There seems to be a missing link from the food chain to the World Wide Web.

That’s where a new grant program from U.S. Department of Agriculture (USDA) comes in, at least partially. This Fall, the Department announced $190.5 million in grants and loans for 25 projects to improve broadband and communication infrastructure throughout rural America. USDA’s Rural Development’s Telecomm Headquarters says that the funding will bring Internet access to rural communities and farmlands, mostly by building better and more expansive wireless networks.

Despite the newly increased access, it’s unclear whether farmers will take advantage of Internet connectivity, because there isn’t any money earmarked for training farmers in computer and web skills.

Two summers ago, I participated in a WWOOF program with a farmer in North Carolina who had a lousy Internet connection. This proved frustrating when she tried to advertise her farm on websites, recruit other farm volunteers online, and communicate with her fellow farmers market vendors—all typical business transactions that wired folks often take for granted. An agricultural nonprofit even gave the farmer a hard time for not filling out forms online.

Not only did this farmer not have reliable connectivity, but she also lacked the skills to utilize and navigate the Internet, creating barriers to accessing crucial resources for her business.

These issues are common among farmers and they can have substantial consequences. Farmers are often left out of agricultural policy discussions, lack channels to hear about resources available to them or don’t know how to grow their businesses with online marketing tools. Limited connectivity poses a challenge and improving infrastructure is necessary to mitigate some of these problems—but more conectivity isn’t a cure-all to close the technology gap among farmers. Without the skills to use the Internet, how helpful is broadband?

Darlene Knipe, cofounder of an online farm-to-fork platform called MarketMaker, needs the technology knowledge gap among farmers to close in order to encourage more growers to use her website. MarketMaker is a national partnership of land grant institutions and State Departments of Agriculture dedicated to developing a comprehensive, interactive database of food industry marketing and business data.

It’s one of the most extensive collections of searchable food industry data in the country, connecting farms, restaurants, cafeterias, and consumers. While these are resources that most farmers would benefit from, the tools and data are only useful if farmers can access them in the first place.

Lea Nowlin with Down East Connect, a North Carolina nonprofit that sells local produce through an online farmers’ market, may have a solution. Nowlin says that her site relies on a network of older and younger farmers who can teach each other how to use the technology.

“The more experienced—I won’t say older—farmers learn to use the Internet really well,” says Nowlin. She may be onto something; Down East’s oldest user is 89. Like MarketMaker, the organization partners with state extension services to provide boots-on-the-ground support for the site’s growing community of farmers.

Users who still lack Internet access are able to access the site through computers at extension offices in each of North Carolina’s 100 counties. In an era where Internet connectivity matters but is still imperfect, this in-person support remains critical.

The age disparity of farmers who lack Internet access reflects the overall generational gap in the U.S. population. According to Pew Research Center’s Internet and American Life Project, only 54 percent of seniors over 65 used the Internet last year. While this is the highest this number has been since Pew began tracking the data in 2000, it means that nearly half of all seniors still aren’t plugged in. Given that the average age of farm operators is now 58 years old, the agricultural community isn’t exactly wired.

Mentor Up through the AARP Foundation is one program working to empower and coordinate young people to teach older generations how to use the Internet. Mentor Up partners include Facebook, DoSomething.org, and the 4-H Council. Four-H is the youth development arm of the Cooperative Extension System of land grant universities throughout the U.S., and their partnership with Mentor Up uniquely positions them to focus on educating older farmers.

Bringing Internet access to rural areas and helping farmers use online tools is a tall order. While the $190.5 million for infrastructure is just one (rather large) piece of this puzzle, organizations working with and in agriculture should strive to build relationships with farmers through multiple media: Facebook, texting, email, snail mail, face-to-face communication, etc. Working with farmers across all communication channels can help ensure fairer representation in the growing good food economy.

A Square Foot Gardener, former WWOOFer and political operative, nonprofit junkie, and cafe Americano addict, Katie Welborn was born and raised in Lexington, South Carolina. Working with the Square Foot Gardening Foundation 2011-2012 sparked her interest in the ethics of food and opened her eyes to the power of local food, community gardening, and hunger issues that many families deal with regularly. Katie's heart is really for policy relating to homelessness and poverty, and she knows that access to fresh food is key in dealing with these issues. She is currently in Shanghai to teach English, volunteer with the NonProfit Incubator, and hopefully hang out with other expats while learning to cook Asian food. She spontaneously writes on her blog and tweets @KatieWelborn. Read more >