Not Your Grandparents' 4-H: How a New Generation is Learning to Farm | Civil Eats

Not Your Grandparents’ 4-H: How a New Generation is Learning to Farm 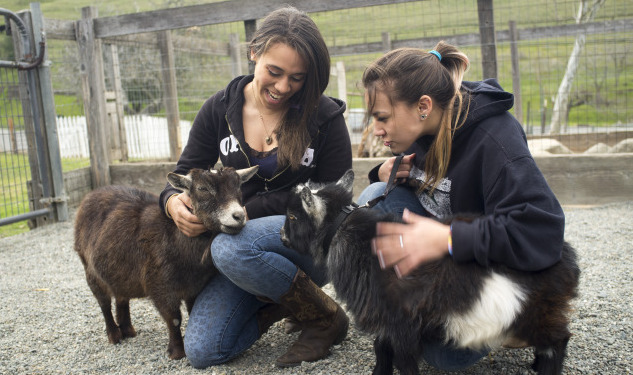 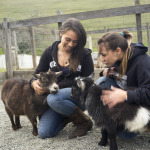 Kiera Butler’s fascination with 4-H began in 2011 after she attended a county fair for the first time. A senior editor at Mother Jones, Butler grew up in “unleafy” Sommerville, Massachusetts, where country living wasn’t an option. Flush in the middle of a love affair with CSA-boxes, urban chicken coops, and Michael Pollan-inspired farm-to-table food, Butler writes about her first trip to the Alameda County Fair: “You might be wondering why a grown woman was displaying toddler-like delight at the prospect of seeing barnyard animals. The truth is I was going through a livestock phase.” 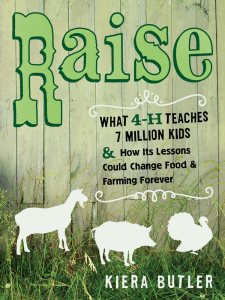 It’s among the beribboned pens teeming with 4-H animals—and the youth who raise them—that Butler starts her true journey into the many facets of U.S. agriculture today. Her new book, Raise: What 4-H Teaches 7 Million Kids and How Its Lessons Could Change Food and Farming Forever, takes readers on a two-year journey into the world of 4-H members, mainly in California, with one notable side-trip to Ghana, where she meets with future farmers in rural West Africa.

Butler explores the history of 4-H, a public-private partnership organization established in the late 19th Century to encourage the children of farmers to explore new, science-based farming methods. Today, the organization has 6.5 million members in 50 states, plus another half a million participants in other countries.

Housed within the U.S. Department of Agriculture (USDA), 4-H organizations benefit from tax-payer money given to land-grant universities, along with donations from individual and corporate donors, including some of the heaviest hitters in industrial agribusiness: Monsanto and DuPont.

Butler thinks this cozy relationship is worthy of concern. “The firms’ perspective and input shape what 4-H’ers learn about science and agriculture; they hear a lot about the benefits of industrial farming and biotechnology–and little about the environmental and social consequences,” she writes.

On a trip to visit a small 4-H club in Ghana, Butler meets a student named Francis Baah, who had fallen in love with a hybrid seed that DuPont representatives had handed out the year before, for free. The seed produces a flavorful hardy corn, using much less water than the seeds traditionally used in the village. The problem arises the following year, when the farmers want to plant the seeds again, only to learn that the cost, as well as the pesticide and fertilizer requirements, are prohibitively expensive.

“How can young farmers learn to be self-sufficient if they’re told they need to rely on American companies season after season?” Butler writes. “I can’t help but wonder whether DuPont’s main objective is less about helping farmers than about finding more customers.”

Butler also digs into the use of what she calls “dodgy” growth supplements and the cost of raising an animal for 4-H competitions. It’s rare to find 4-H animals raised with organic feed, mainly because of the expense and judges’ emphasis on large, muscular animals. And then there’s 4-H’s history of “troubling racial dynamics,” and the deep divide that ran between white and black clubs for decades.

In fact, the club’s leaders fought integration and continued to run segregated youth camps until the 1964 Civil Rights Act forced them to integrate, Butler explains. Some southern clubs chose to close instead. 4-H continues to lack diversity; 75 percent of the members are white, 15 percent African American, 15 percent are Hispanic, and just 2 percent are Asian.

The 4-H racial data reflects a larger issue involving a lack of diversity amongst American farmers. Although the USDA has found that the number of minority farm operators increased between 2007 and 2012, most continue to be overwhelmingly white. And considering that only six percent of the 3.2 million farmers in America are under the age of 35, 4-H could potentially have a strong role in training a diverse new crop of farmers, one that could better reflect a racially heterogeneous American citizenry.

But as Butler points out, 4-H holds its fair share of positive influence, especially when she meets with children from Oakland, Pleasant Hill, Salinas Valley and other parts California, who are learning self-sufficiency, math, and animal husbandry from their experience. These stories are compelling, especially when it comes to the kids who don’t necessarily excel in school, but thrive in after-school settings where they care for animals.

It’s also heartening to learn about 4-H’s solid commitment since 2008 to the proliferation of STEM (Science, Technology, Engineering and Math) learning among teens, with an equal focus on boys and girls. Butler argues that this additional focus on STEM continues to successfully fill in the gaps left by public school education. Another surprising realization is that 4-H isn’t only about agriculture. Today’s clubs provide opportunities to learn about robotics, rocketry, GPS navigation, and urban gardening. “Fewer than half of 4-H members live on farms and in rural areas. Kids in 4-H do more than farming these days,” she notes.

Still, 4-H’s focus on agriculture is important in 2015. According to statistics cited in Raise, 90 percent of Americans come from families that haven’t farmed in two or three generations. “A 2011 survey by the U.S. Farmers and Ranchers Alliance (USFRA) found that 72 percent of Americans say they know little or nothing about agriculture,” writes Butler. One of the book’s tropes is a disconcerting anecdote involving an 11-year-old girl named Lilly, who believes that chocolate milk comes from cows with brown spots and that farmers choose plants and animals based on how “they like the taste of the colors.” This, along with that intriguing first visit to the Alameda County Fair, initiates Butler’s search for a classic, old-fashioned 4-H’er.

“When I set out to write this book, I intended to tell a story about kids raising animals,” Butler writes. “But, as I discovered, there was another important story: how one of America’s oldest agricultural organizations is teaching agriculture to America’s children.”

In the end, she realizes her folly, for in the complicated 21st Century, the clichéd country-fed 4-H’er doesn’t really exist. But Butler does find something else: the glimpses of possibility within a century-old organization and the opportunity for youth to get hands-on learning about how the food system works, from the soil up. By the book’s end, it’s easy to see that this is an opportunity that shouldn’t be squandered, or worse, left to the devices of corporations like Monsanto and DuPont.