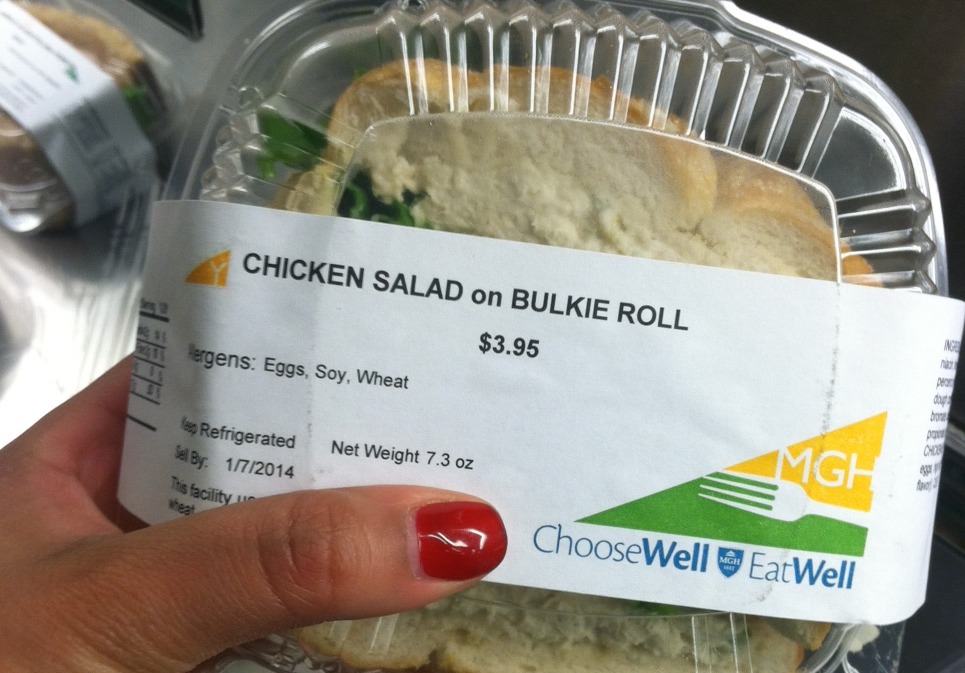 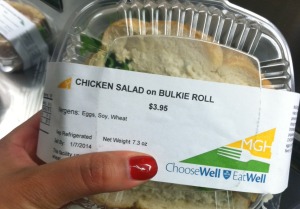 In 2009, Dr. Ann Thorndike and a team of researchers implemented a change in the Massachusetts General Hospital cafeteria. Foods received green, yellow or red dots to show where foods were ranked on a spectrum of choices. As the hospital described it, “green for the healthiest items, such as fruits, vegetables and lean sources of protein; yellow for less healthy items; and red for those with little or no nutritional value.”

Known to many as “traffic light” labels, this system had been championed by everyone from the hospital’s wellness program to its VP of human resources. “Everyone was talking about it,” Dr. Thorndike says. “If we were going to do this, I wanted to study it and make sure that it worked.”

At a time when the obesity rate for Americans is over 32 percent, and related medical costs could put the U.S. out over $209 billion dollars, traffic light labels are often seen as an easy behavior modification tool. But big questions remain about how well they work. The latest results of the Massachusetts General study were encouraging. Now in the fifth year of the study, sales of soda and other beverages marked “red” dropped from 26 percent to 17 percent of total beverage sales in two years. The study also found that green food sales went up from 41 to 46 percent.

“The labels are a great way to communicate,” says Dr. Thorndike. “They don’t need any literacy or numeracy. They create a visceral reaction.” The program has been so successful that other private cafeterias have taken up a traffic light label as well. Memorial Medical in Springfield, Illinois started adding red, green, and yellow dots to their food in March 2014.

But hospitals aren’t the only institutions concerned about health. Schools are also considering traffic light labels to mixed success. Glenbrook High School in Illinois considered using them in their cafeteria and schools like California’s Chapman University have studied the potential benefits of these labels in their own dining halls. 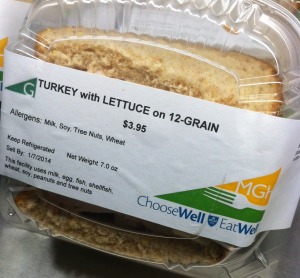 Michael Seward, a Harvard undergraduate student majoring in biology, was recently allowed to use two of the university’s dining halls to conduct a study on the effect of traffic light symbols on student eating. Though the results haven’t been tabulated, the hope is that seeing a red light will be enough of a jolt to get students to think twice about the food they’re about to consume.

Private companies who want their employees to eat better are also investing in these systems. Workers with diet-related illnesses miss more workdays than their healthy co-workers. This costs employers in lost time and money.

Google, which is known for serving local, seasonal, and healthy foods in its cafeterias, uses stoplight labels. When National Public Radio moved into its new headquarters in April 2013, it also added red, green, and yellow signage to its cafeteria menu. Surprisingly, even the Army created a Go for Green initiative which color-codes menu items in participating military cafeterias.

Guiding eaters toward healthier options without promoting obsessive eating behavior has been a concern of many labeling systems. For instance, members of a Harvard eating disorder awareness group and other students protested the study on their campus, worrying that any nutritional information could be a trigger for those who struggle with eating disorders.

In 2008, calorie cards were removed from Harvard dining halls because of similar concerns. Megan Corrigan, co-director of Harvard’s Eating Concerns Hotline and Outreach program, told the school’s student paper, The Crimson, “Even among students with normal eating habits, they might feel guilt about taking ‘red’ food.”

For traffic light labels in particular, the messaging that accompanies the labels is as important as the labels themselves. Massachusetts General was very careful in their description of the color-coded system. It was a matter of choosing items often, less often, or rarely. “The purpose wasn’t to say red bad, green good,” says Dr. Thorndike.

Staying away from the ideas of “good” and “bad” foods is even more important when you’re dealing with children. Kurbo is an app geared toward children who struggle with their weight. Calorie counting as a weight loss strategy can be hit-or-miss in adults but can be unsafe for children. “That’s not a behavior we want them to engage in when they’re young,” says Kurbo co-founder Thea Runyan, who integrated traffic light labels into the app.

“It’s not about not eating red light foods,” Runyan says. “It’s about really understanding your own behaviors.” She wants to empower children with the ability to make real choices about what they eat, rather than mindlessly snacking throughout the day. This is a far cry from the complicated math of nutrition labels. Runyan believes it also results in more sustainable change, adding, “Adults don’t want to count calories, either.”

While the United States may not see traffic light labels outside of private cafeterias for a long time—if ever—public health officials in other countries are embracing the trend in retail environments. The UK recently introduced a voluntary traffic light label to help curb obesity. Though some large food corporations have declined to sign on, the businesses that have agreed to implement them account for 60 percent of the food sold in the UK. France’s Health Minister is also hoping her country will soon adopt stoplight labels. 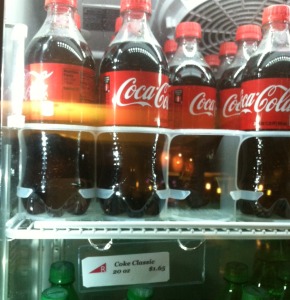 “The U.S. food industry has stated explicitly that it will not voluntarily accept traffic light front-of-package labels and the U.S. Food and Drug Administration gives no sign that it will proceed with its initiative to encourage such labels,” says New York University nutrition professor and author Dr. Marion Nestle. In the meantime, private companies can continue to put these traffic light labels in their cafeterias, but it’s likely to remain a grassroots approach for now.

Dr. Thorndike isn’t convinced traffic light labels have a place in the grocery store. For, one, “you’re not buying single serve items, you’re buying a bunch of things to make a meal,” Thorndike says.

But if Kurbo is right and traffic light awareness can make eaters more mindful of their choices in the cafeteria setting, that could make a dent in the number of diet-related illnesses.

The next phase of Dr. Thorndike’s research will examine whether diet choices in the workplace are sustained when employees go home. “What can we do in this environment that will help them make better decisions about food throughout the rest of their day?” Maybe a stoplight system on the fridge for us all?