The Hudson Valley Farm Hub: A Big Vision on 1,200 Acres of Land 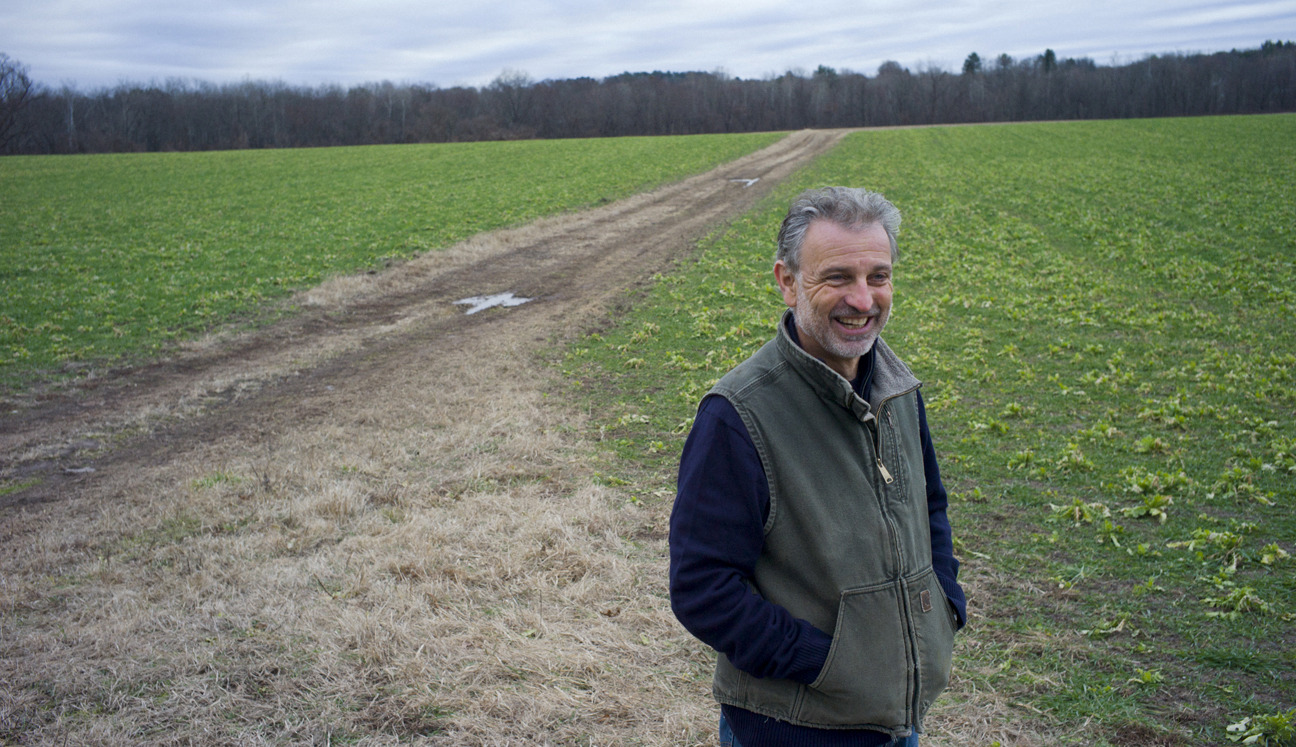 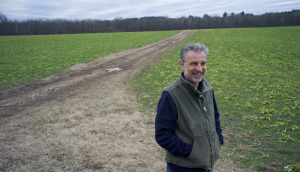 When farmers sell their land, many worry about selling out. But you might say that John Gill, a third-generation Hudson Valley farmer specializing in sweet corn, “sold up.” Last December, Gill transferred ownership of his family’s 1,200-acre farm to the NoVo Foundation, led by Peter and Jennifer Buffett, the son and daughter-in-law of famed investor and philanthropist, Warren Buffett.

What was known to locals as Gill’s Farm is now home to the Hudson Valley Farm Hub, a project that aims to promote resiliency in agriculture through a unique combination of farmer training, research, and engagement. The Farm Hub is managed by New World Foundation’s Local Economies Project, a food and farming project that “supports vibrant, interconnected communities that are powered by the people who live there.”

Stretching through four municipalities, the farm boasts remarkably fertile soil with nary a stone to be found. “The top soil is between 10 and 30 feet deep, depending on where you’re standing,” says Gill. His family has farmed this land since his grandfather bought the original parcel in 1937, adding on more acreage as land became available over the years.

“My dad and I just thought it would go on forever,” says Gill. “But my kids weren’t interested in taking over and you gotta let ‘em go and do what they want to do. So this is one way that it can go on forever.”

Although the $13 million Gill received from the sale is more than enough to retire in comfort, he’s jumping back in with both feet as associate director for farm operations at the new Hub. He’s joined there by two long-time collaborators: Anu Rangarajan, who left her post as the long-time director of the Cornell Small Farms Program to become the Farm Hub’s first director, and Jean-Paul Courtens, founder and owner of a 375-acre organic and biodynamic farm who will head up the farmer training program.

Although you might not expect an academic, a conventional corn farmer, and a biodynamic farmer to see eye-to-eye, the three enjoy a rich, productive partnership. “There’s a real joy in doing this work hand-in-hand with two people who share the same goals. We spend a lot of time thinking and pushing each other, and laughing!” says Rangarajan. Farmers Gill and Courtens spend a fair amount of time teasing one another, but Gill waits until he’s out of Courtens’ earshot to say, “Jean-Paul is my mentor. He’s the best.”

This dynamic is key as they create a collaborative environment. The Hub is dedicated to training farmers, farm managers, and farmworkers to work together. Instead of farming a plot of land in relative isolation for several years as they might in a more traditional incubator program, trainees at the Hub will share responsibility for all aspects of the resources—the riparian boundary, soil management, acreage, etc,—just like they would in a family operation.

The Farm Hub is also the only program in the U.S. that specifically focuses on addressing the growing gap in mid-sized farms—defined by the U.S. Department of Agriculture as farms with an annual gross income of $250,000-$1 million.

Nationwide, there are quite a few larger, consolidated farms, and an equally large number of small ones. But mid-sized farms play a crucial role in sustaining rural economies. Unlike large farms, mid-sized farms tend to do their purchasing locally, pouring much-needed resources back into the community. They also provide employment and help build the tax base, in addition to supplying a diverse array of products for local institutions and wholesalers. And, although it’s less tangible, mid-sized farms tend to preserve an intimate knowledge of place and reverence for the land that is lost in industrial-scale operations where profit governs most, if not all, decisions. 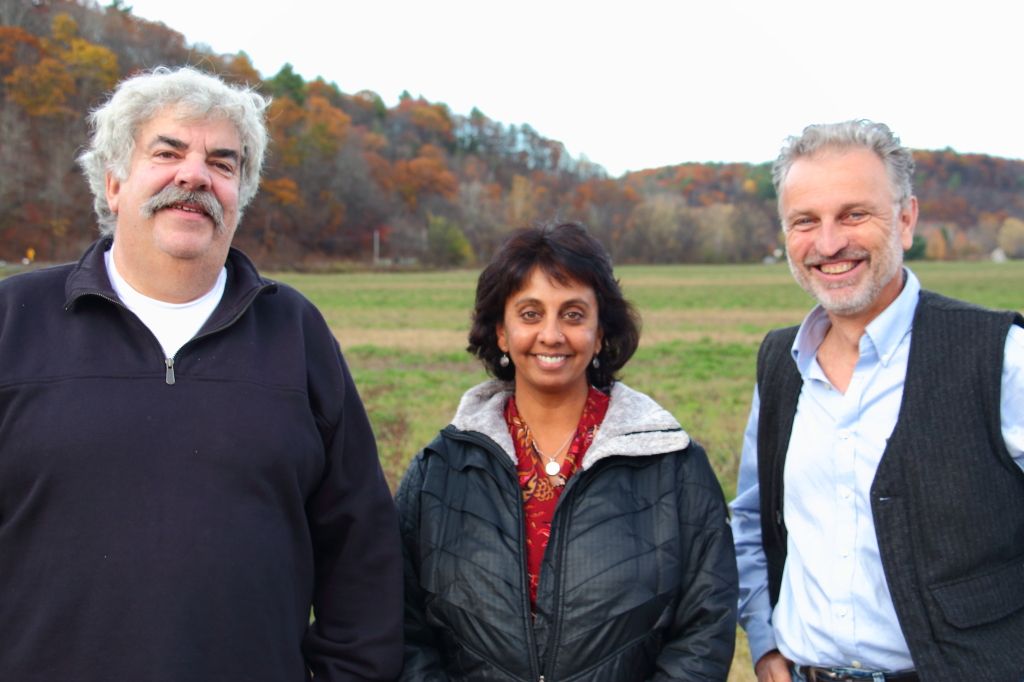 Regardless of their size, the Farm Hub also hopes to help farmers prepare for the extreme weather associated with our changing climate. Fortunately, the Hub has both the space and the resources needed to serve as a locus for climate research, and it’s exploring a long-term collaboration with a team of more than 20 researchers from Cornell University.

“Our goal is to really push the envelope on how we think about climate change. How do we deal with drought, how do we deal with flooding? What are the best new and different strategies?” asks Rangarajan. There are already two research trials in place at the Hub in collaboration with Cornell: one looking at small grains and another looking at soil that is not tilled conventionally and cover crops, or crops planted between food crops to improve the soil.

Although most locals are ecstatic about the creation of the Farm Hub, some area farmers are less-than-thrilled by the prospect of a foundation-funded entity churning out well-equipped new competitors in the region.

“It’s practically all I think about,” says Rangarajan, “I’ve spent my whole career trying to advance the sustainability of vegetable farmers in New York, so I’m really sensitive to the fear that this project may inspire.”

The Hub will not be ready to welcome its first “crop” of farmer trainees until 2016. While Courtens, Gill, Rangarajan and the other Hub staff are busy training, their colleagues at the Local Economies project will be working in parallel to explore, test, and develop new agricultural markets. By the time the trainees are ready to leave the nest roughly five years later (although there is no fixed timeline for “graduation”) they will receive assistance finding land in the Hudson Valley. When they open up shop, the idea is that they will do so to meet a new or increased demand for a particular crop or product.

“Our goal is to make the pie bigger, not just split it into smaller pieces,” says Rangarajan. “We can train farmers but we can’t just throw them into a marketplace that’s still constricted—we have to think of new ways that this business can be constructed,” says Rangarajan. 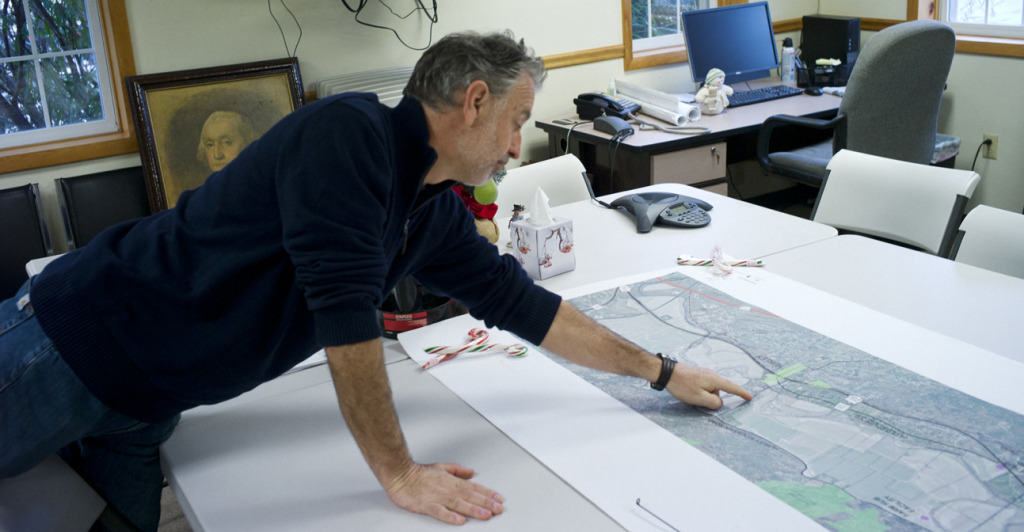 The Hudson Valley has already weathered its first blizzard and winter appears to be settling in for a long visit. Yet despite the gray skies and short days, there’s an almost palpable energy and sense of promise at the Farm Hub. Courtens and Gill trade friendly quips in the cold air at the side of a field planted with a mixture of tillage radish, hairy vetch, and triticale as part of the Cornell study. Come May, they’ll roll and crimp the cover crops, leaving them in place as a kind of living mulch to deter weeds and pests while adding precious nitrogen and carbon to the soil.

“Then we’ll use a no-till drill to plant soy beans right through the mulch—which should all be dead at that point,” explains Courtens. Although Gill has always used cover crops—primarily oats—on the fields, this is the first time he’s tried this mix. “It’s very smart,” he says with an enthusiastic grin.

The rich fields that have been nurtured by three generations of Gills are now in the process of transitioning to organic certification, although some areas will remain uncertified to allow them to experiment with new methods. “It’s a big vision,” says Rangarajan. “It’s a big piece of land.” 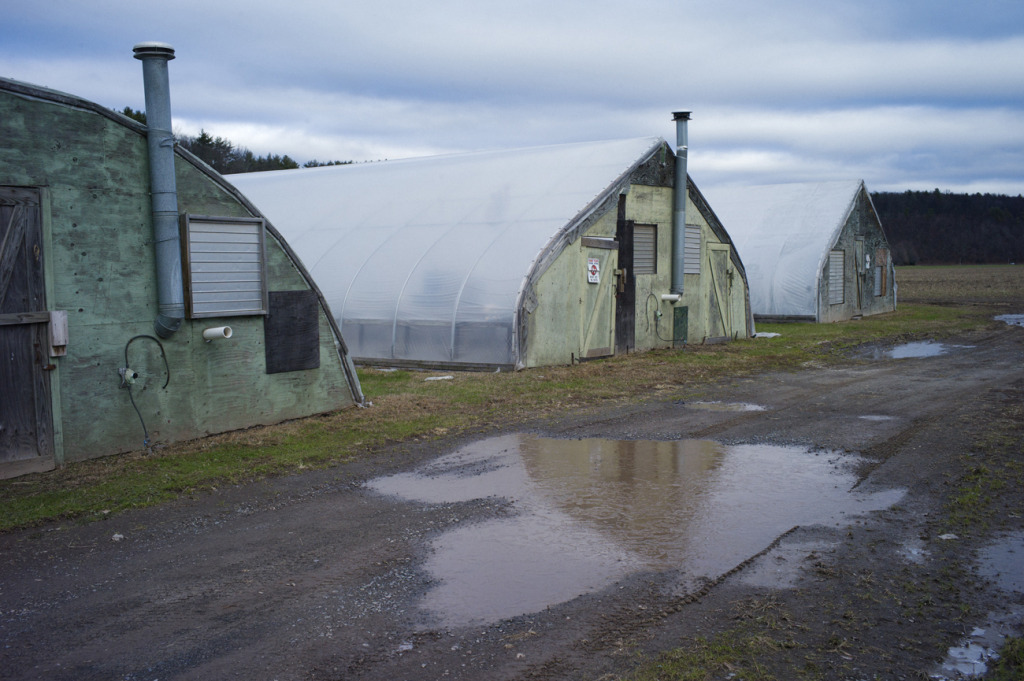 All photos by Noel Camardo, except the photo of Courtens, Gill, and Rangarajan, which is courtesy of the Hudson Valley Farm Hub.