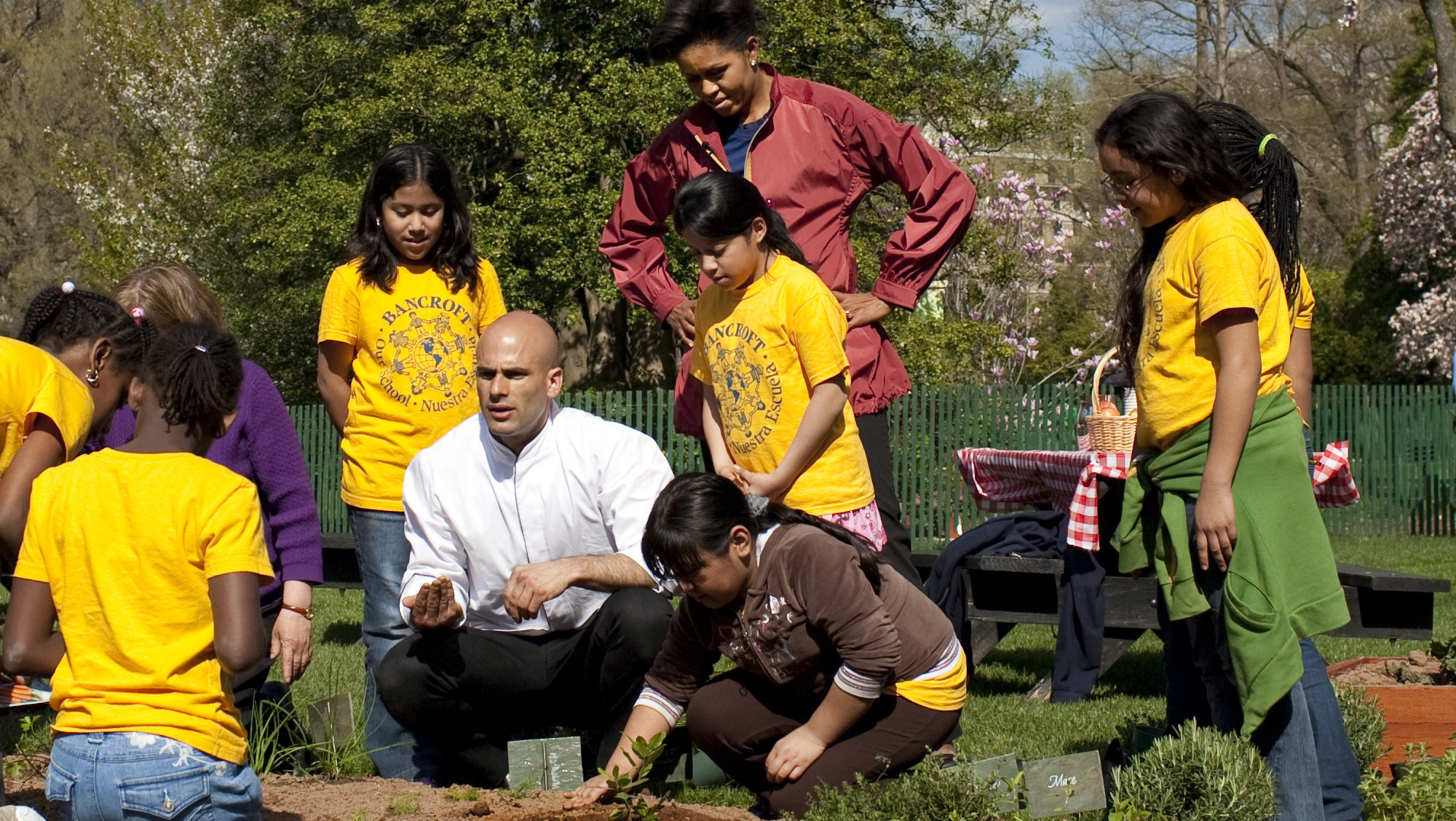 Rain or shine, we’re serving up the week’s food news. Here’s what caught our attention:

1. The World’s Most Powerful Chef Hangs up His Apron (Politico)

As White House Chef Sam Kass prepares to retire, the Obamas aren’t just losing a chef, “the Obama administration is set to lose its behind-the-scenes food policy general,” writes Politico’s Helena Bottemiller Evich. Kass, who has been instrumental in preventing the GOP from completely degrading recent school lunch improvements (see below), is relocating to New York City just one year before school lunch reauthorization is set to take place. “Food and agriculture insiders are anxious to see where Kass goes next—he’s expected to stay engaged as he works on nutrition issues from the private sector—but they are even more curious to know who will replace him,” writes Evich.

Despite pressure from House Republicans, Tuesday’s year-end spending bill did not result in a major rollback of healthier school meal standards. But there were several  significant losses for public health advocates. The whole grain standards required foods like bread, pasta, and tortillas to contain at least 50 percent whole grains. Now, if schools can demonstrate they have had difficulty finding and affording acceptable whole grain products, they will be exempted. The bill would also suspending lower sodium standards in school lunches and allow white potatoes to be part of the federal Women, Infants and Children (WIC) nutrition program, a change the potato industry has been pushing for years.

3. Drug-Resistant Infections Could Lead to 10 Million Extra Deaths a Year – Report (The Guardian)

According to a report commissioned by David Cameron, the UK’s prime minister, drug-resistant infections of “superbugs”could lead to at least 10 million extra deaths a year and cost the global economy up to $100 trillion by 2050. The researchers models looked at  three bacteria–K pneumoniae, E. coli, and Staphylococcus aureus–and found that antibiotic resistance will likely hit the developing world the hardest. A whopping 25 percent of the deaths that will take place in Nigeria are forecast to be caused by antimicrobial resistance (AMR) and “Africa as a continent ‘will suffer greatly,’” the report warns. Both India and China are predicted to take significant hits as well (2 million and 1 million deaths a year respectively.)

In part because of its ties to antibiotic resistance, The Los Angeles Unified School District has made a noteworthy move away from chicken from farms that administer antibiotics to their animals. Los Angeles joins the five other school districts, New York, Chicago, Miami-Dade, and two counties in Orlando, Fla.in this choice. LA Unified spends $4.8 million on 2.3 million pounds of chicken a year, a fact that has the potential to radically increase demand for chicken raised with higher standards. But it’s hard to say how many schools will actually enact the change in the short term, since, as the LA Times reports, “if food vendors cannot supply the full volume of chicken under that standard, they will be required to submit a written plan on when they can meet it.”

For this groundbreaking series of articles and photographs, Los Angeles Times reporter Richard Marosi and photojournalist Don Bartletti spent 18 months traveling across nine Mexican states, observing and speaking with workers on the mega-farms that produce a vast quantity of the food we eat here in the States. The first two stories ran this week; one is about the relationship these farms have with U.S.-based distributors and retailers  like Walmart. The second story is about the deplorable, slave-like conditions the workers endure in the camps connected to the farms and the fact that most are effectively prevented from leaving because “their wages were being withheld or they owed money to the company store, or both.” Today, the series explains how company stores trap Mexican farmworkers in a cycle of debt. We hope the Pulitzer committee is taking note.

Back in November, Oregon’s ballot measure to label genetically engineered food lost by 0.05 percent margin, or 812 votes out of the more than 1.5 million cast. According to the Oregonian, recounts “turned up an additional 100 yes votes and 89 no votes — for a net shift of 11 votes into the yes column, far too few to overcome the measure’s margin of defeat.” (Note: the latest update today called the difference at 837 votes.) See our related commentary on the defeat here.