The Nation’s Largest Food Hub is Coming to Louisville, Kentucky 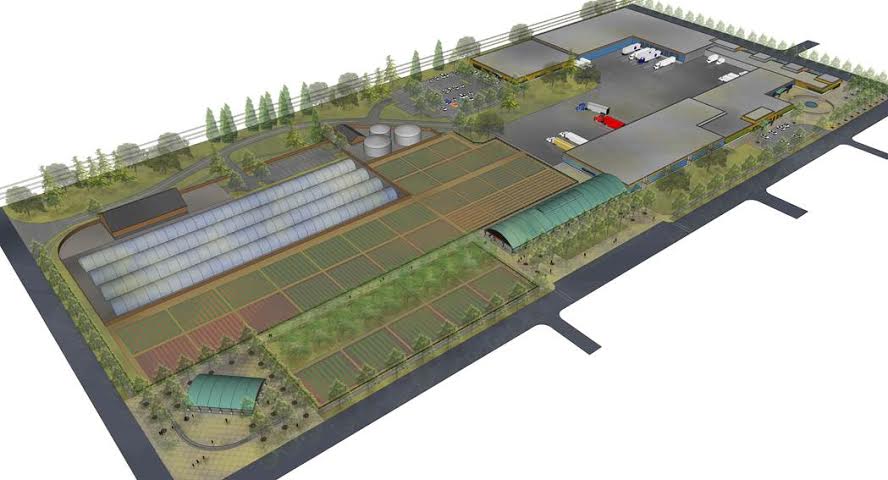 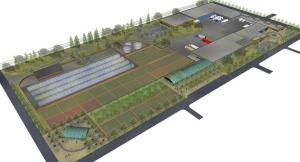 A 24-acre site formerly occupied by the National Tobacco Company will soon become home to a local food hub in Louisville, Kentucky.

While Louisville has emerged as a new foodie destination in the past few years, this project is aimed more at supporting small farmers—and building a local food economy—than serving artisan sandwiches. But there will likely be plenty of those too.

The hub is envisioned as a marketplace where farmers would be able to monetize their entire crop. Local produce will first to go to restaurant and market buyers within the hub. What doesn’t sell that way–-the “seconds”–will go to an industrial food processor located next door. What’s left–-the “thirds”–will go to a food bank in the hub. And whatever cannot be eaten will go to an anerobic biodigester producing methane and heat from organic waste.

Food hubs, or networks that allow regional growers to collaborate on marketing and distribution, are growing in popularity around the nation, thanks in part to support from the U.S. Department of Agriculture. But this one takes the model further. The vision is to have a mix of tenants representing the entire food cycle. There will also be a two-acre demonstration farm operated by the county agriculture extension service.

The product of a partnership between city government and Seed Capital Kentucky, a non-profit investor, the West Louisville Food Hub is intended to bolster the local food economy by filling current gaps in distribution and aggregation. Those needs became all the more pressing with the closure of the previous local food distributor, Grasshoppers Distribution, last year.

Stephen Reily, Seed Capital KY’s founder, characterizes the planned hub as “an industrial site that works like a farm.” By co-locating a food processor, a juicery, a bio-digester, and a farm, he hopes to resolve bottlenecks in the supply chain, foster economies of scale, and create a one-stop-shop for both local food producers and buyers.

“There are too many one-to-one transactions today,” says Reily. “If a chef wants to order from Sysco that’s one transaction, versus calling up 18 different farmers.”

The impetus behind the hub came in part from Louisville Mayor Greg Fischer’s 2013 initiative, Vision Louisville, which identified both a food hub and an energy plant using waste as community priorities. But Reily himself saw “a lot of unconnected dots between local food and local people.” Connecting them meant not only fixing current problems, but transforming Louisville’s food economy. “The more we looked at it, the bigger it got,” adds Reily.

The project is ambitious in scope as well as size. The site itself, in West Louisville, is larger than the infield of the Churchill Downs racetrack. Yet the neighborhood is worlds away from the roses and mint juleps of the Kentucky Derby. Although it’s a single-family residential area where houses have yards, it is also the most economically depressed part of the city. Reily estimates that 90 percent of neighborhood children receive free or subsidized school lunches, and the unemployment rate is the highest in the county.

Like urban farming initiatives in other cities, civic leaders are looking to the food hub for urban renewal. “I’ve heard estimates of up to 275 construction jobs for phase one, and 250 permanent jobs,” says Councilwoman Cheri Bryant Hamilton, whose district includes two of the three neighborhoods that border the food hub site. “But even one job would be positive in this environment.”

Outside of providing jobs, question remain about how to make such a large-scale venture “fit” into the community. Potential tenants, which include a commercial kitchen incubator and indoor hydroponics and aeroponics companies, have expressed interest in making their facilities accessible to the public.

But Valerie Magnuson, executive director of Louisville Grows, a nonprofit that maintains several community gardens and a grower’s co-op in West Louisville, is skeptical of the project as an outside initiative. “We’ll continue to hold them accountable, and see if they’re able to listen to the people in the neighborhood,” she says.

While the idea of a food hub may be relatively novel, Louisville itself has long been a hub for other kinds of commerce. Located at the falls of the Ohio River, the city was a busy shipping port into the 20th Century. Today it is the site of Worldport, UPS’s global air hub and central logistical operations. Louisville is also the headquarters of one of the world’s largest fast food companies: Yum! Brands, which operates KFC, Pizza Hut, and Taco Bell.

The West Louisville Food Hub, an estimated $45 million project, is still in the early stages. In mid-September, the city formalized the land grant, and while the architectural team has been selected, it has not been announced yet. Meanwhile, Seed Capital KY is applying for New Markets Tax Credits to cover about 30 percent of the initial cost of getting the site ready, with the remainder is expected to come from Federal and philanthropic grants.  The ground will likely be broken sometime in the second quarter of next year, with a projected completion date of mid-2016.

“This project has the potential to transform one of Louisville’s most distressed neighborhoods by bringing good food, good jobs, and good development to a vacant site,” says Mayor Greg Fischer.