Food Workers, the Next Generation of Comic Book Superheroes 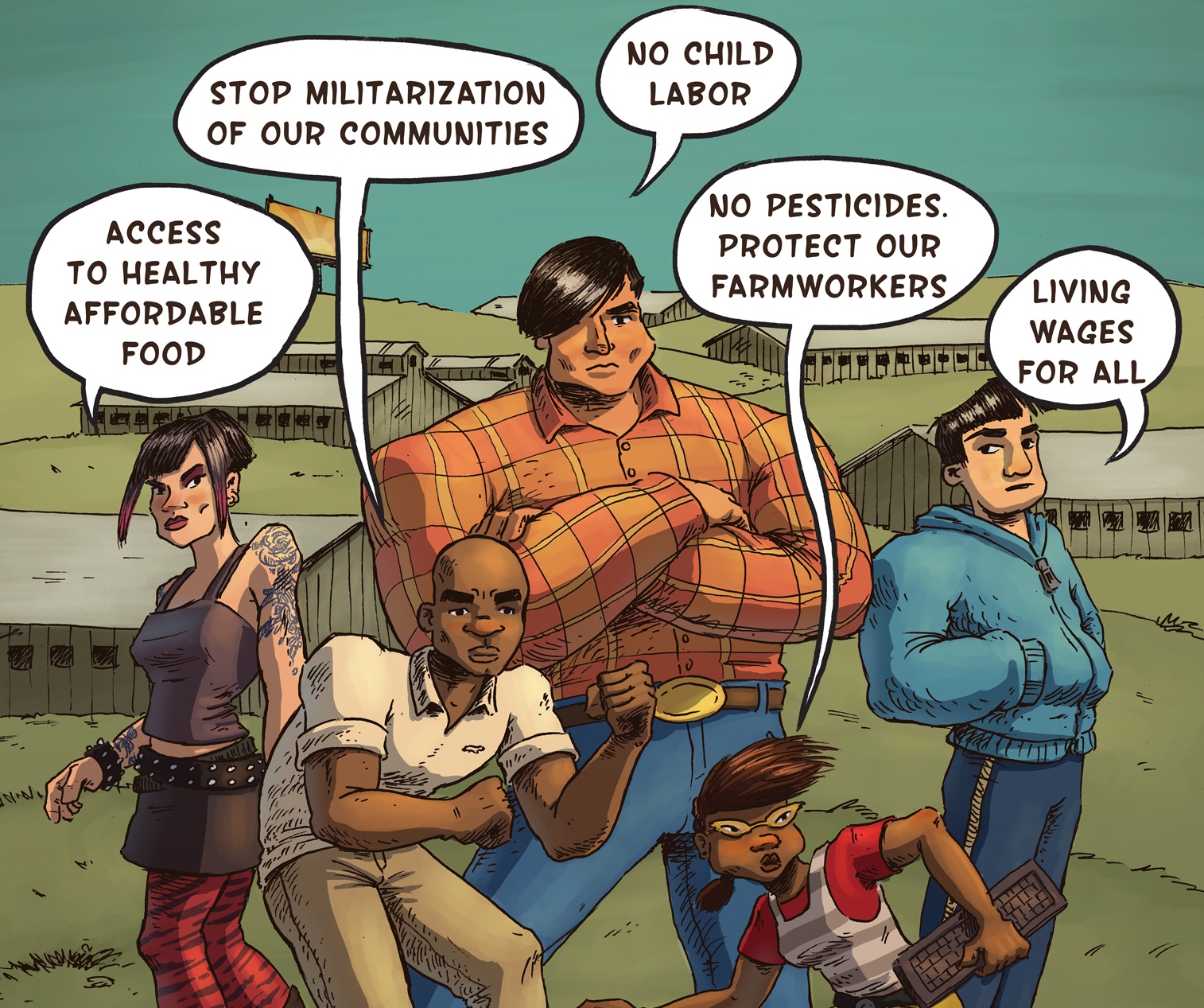 One in 6 workers in the U.S. have food-related jobs; farmers, farmworkers, food processors, servers, and grocery store clerks are all part of the effort to get food to our plates. And yet, they are often invisible.

Five years ago, a handful of worker advocacy organizations came together to form the Food Chain Workers’ Alliance (FCWA) to help ensure that workers from the farm to the bodega have their voices heard. What started as a small coalition has grown to include 24 organizations that collectively represent nearly 300,000 workers along the food chain. 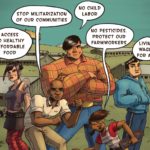 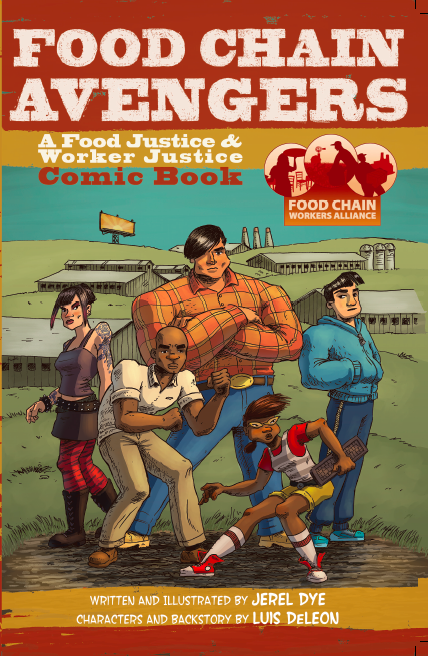 In celebration of International Food Workers’ Week, which runs through November 29, FCWA has released Food Chain Avengers, a new comic book that celebrates the everyday heroism of food workers across the country. People already think about food and get together with their families for Thanksgiving, so FCWA wanted people to think more deeply about the hands that bring food to our tables

We spoke with Diana Robinson, FCWA’s Campaign and Education Coordinator, about the book and how food workers are organizing to create big changes in the food system.

Tell us about the comic book.

Food Chain Avengers is about five workers from across the food chain who live in a community where a corporation is ruining the environment, paying low wages, and exploiting workers. [The story] shows how that has an impact not just in the workplace, but in the world at large.

These workers from processing, farming, restaurants, and grocery stores start to see all these connections and how they share a lot of common issues. They come together to organize and make change.

Why did you choose this format?

The comic book idea came out of one of our yearly workers’ exchanges. Members thought it would be a great way to do popular education and to educate youth. Food Chain Avengers will be available to download digitally in English, Spanish, and Mandarin. The comic book is based on testimonies and stories of [actual] workers, even though the characters are fictional. I think it gives food workers hope that they can come together and change the food system.

A lot of the stuff that exists right now [for youth] is around healthy eating and growing food, but there isn’t a lot of material about workers. With this project, we’re aiming to get more middle and high school youth involved and the comic book is accompanied by a discussion guide, as well.

What changes do food chain workers want to see?

Many [food workers] are undocumented. There’s fear of deportation, fear of losing your job, and fear of retaliation from employers. If we’re talking about farmworkers, they were intentionally excluded from the National Labor Relations Act. They’re not allowed to bargain collectively.

What I’ve seen over the years is that when workers come together and really want to make a change, they’re able to overcome these obstacles and fears and they’re stronger for it. When an employer sees workers challenging them, they take a step back.

Farmworkers, like the Coalition of Immokalee Workers, have stood up so that there are states that do allow collective bargaining. Hot and Crusty workers in NYC organized their own union because of the abuses that were happening in their workplace. One of our members, the Farmworker Association of Florida, started Campesino Gardens, which are community gardens that grow food organically. They had no access to fresh fruits and vegetables, even though these are the people who are picking our oranges.

As consumers, eaters, and the public, we shouldn’t feel sorry for food workers. Instead, we should ask ourselves, how can we take action with them?

Looking forward to next year’s Food Worker’s Week, what do you hope will give us all reason to celebrate?

I hope there is a raise in the minimum wage, especially the tipped minimum wage which hasn’t gone up in over 20 years. When businesses receive subsidies, I hope that we ensure that those businesses are responsible and there are standards for. In Los Angeles, the Good Food Purchasing Policy includes standards to protect workers and I would love to see more of that around the country.