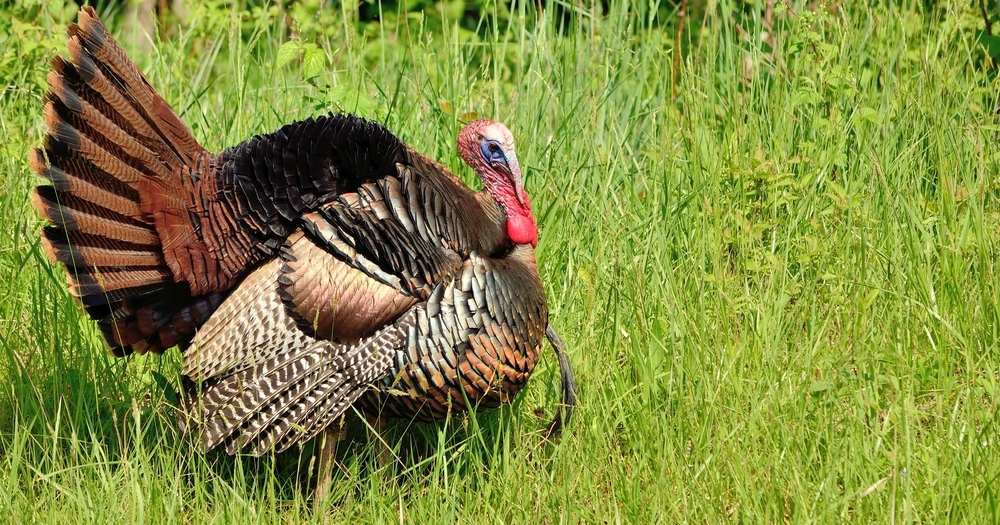 Last Thanksgiving, the average American family spent $22 for a 16-pound turkey. That’s less than $1.40 a pound.

Yet slow food and small farm advocates argue it’s time we start paying more, closer to $10 a pound–or $100-$150 a turkey–if we want to address the many problems associated with factory farmed poultry.

“There’s a common dogma that cheap food is an absolute good,” says Andrew deCoriolis at Farm Forward, a non-profit organization that promotes sustainable and humane agriculture. “It’s cheap to the consumer, but it externalizes costs,” he adds.

In other words, cheap turkeys’ cost to the environment and to the health of the consumer are hidden. But does that really mean we have to pay $100 for a turkey?

Cheap turkey is a product of market consolidation. Just four companies—Cargill, Hormel, Butterball, and Farbest Foods—control the raising, packing, and selling of more than half of the turkeys in the United States. These companies are focused entirely on the bottom line. They raise turkeys that have been bred to grow—or “convert feed”—very quickly. The dominant variety, called the Broad-Breasted White, grows about 300 times faster than older varieties, with Toms reaching weights over 30 pounds in 20 weeks, and can be as heavy as 50 pounds.

“You can’t breed for something in an animal without impacting something else,” says deCoriolis. In the case of poultry, breeding for bigger birds comes at the cost of their overall health: The birds have less muscle, weaker hearts, and ailing immune systems.

“We have to feed these birds antibiotics from pre-birth to death, because they’re not healthy enough to survive in the conditions we raise them in,” says deCoriolis. Overuse of antibiotics for growth promotion and disease prevention in livestock is leading to the rise of antibiotic-resistance and superbugs, a crisis that could lead to an epidemic if not checked. 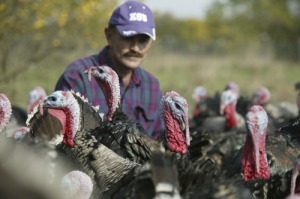 By contrast, heritage varieties like the Standard Bronze reach their adult weight in 28 weeks, and can grow to be 20 to 36 pounds. Unlike the Broad-Breasted White, heritage birds can reproduce naturally, thrive on open prairie, and live 10 years or more. A handful of farmers continue to keep the old genetic lines alive, and even fewer raise these birds on a commercial scale. When they do, it’s a costly endeavor.

Take Frank Reese of Good Shepherd Poultry Ranch. Reese pasture-raises six varieties of heritage turkeys, including the Standard Bronze, the Narragansett, and the Bourbon Red from Kentucky. He breeds for what he calls “a balanced bird,” which is a complex set of characteristics that include “the size of the hip, the brightness of the eyes, the sheen of the feathers,” as well as alertness and a feisty temperament, he says. “Some of the things that people don’t like in turkeys that are important to reproduction.”

Reese allows his turkeys to mate naturally and in season, and doesn’t select for high egg production—all factors that make raising turkey more expensive. “I let them be normal turkeys, and so, you pay a price for that,” he says.

The price, to be exact, starts at $99 to goes all the way to $244, depending on the size of the bird. For the last decade, Reese has sold his turkeys through Heritage Foods USA, an eat-it-to-save-it project to boost the populations of rare breeds. “The proper price for a turkey in America is about $8.00 to $10.00 dollars a pound. That’s the way to know that it’s real,” says Patrick Martins, the founder of Heritage Foods.

The primary cost, for these slow-growing animals, is feed. For the 6,000-bird flock he raises, Reese says he pays $120,000 for feed every year. He spends an additional $50,000 for processing and transporting the birds—much more than most conventional famers, because he doesn’t have the volume. “I pay 34 cents a pound to have my turkeys processed. [Butterball] pays about 22 cents.”

Add to that the cost of electricity to maintain a warm indoor space for the birds, shipping costs, labor, and other assorted aspects of the business, and Reese walks away with about $5 to $6 dollars per turkey. “I’m not getting rich doing this,” he says. But of course, that’s far better than most conventional turkey farmers, who are living on the edge of bankruptcy.

What if you can’t afford a heritage turkey?

Martins, for one, isn’t convinced that industrial turkey is better than no turkey at all. “Why would you tell a person who doesn’t have $80 for a turkey to eat an unhealthy bird, that’s riddled with antibiotics and has suffered?”

Another option might be to split a smaller bird among more people. Remember that average American $22, 16-pound turkey? According to the U.S. Department of Agriculture, around 35 percent of its meat will go to waste (not including bones). But paying more might provide some turkey-eaters a reason to use every last bite.

And it’s heartening to know that those who can pay the $100 price tag (or more) are helping farmers like Reese raise healthy turkeys. “I truly enjoy being with them,” he says of his birds. “I understand their language, I understand how they move. This is what’s missing from all these farms today.”

Margaret Badore is a multimedia reporter who covers food, fashion, health and sustainable living. She earned her undergraduate degree in writing and environmental studies at Sarah Lawrence College and has a master's degree from Columbia University's Graduate School of Journalism. Her work has appeared on TreeHugger.com, MNN.com and in Real Detroit Weekly. She is based in New York City. Read more >