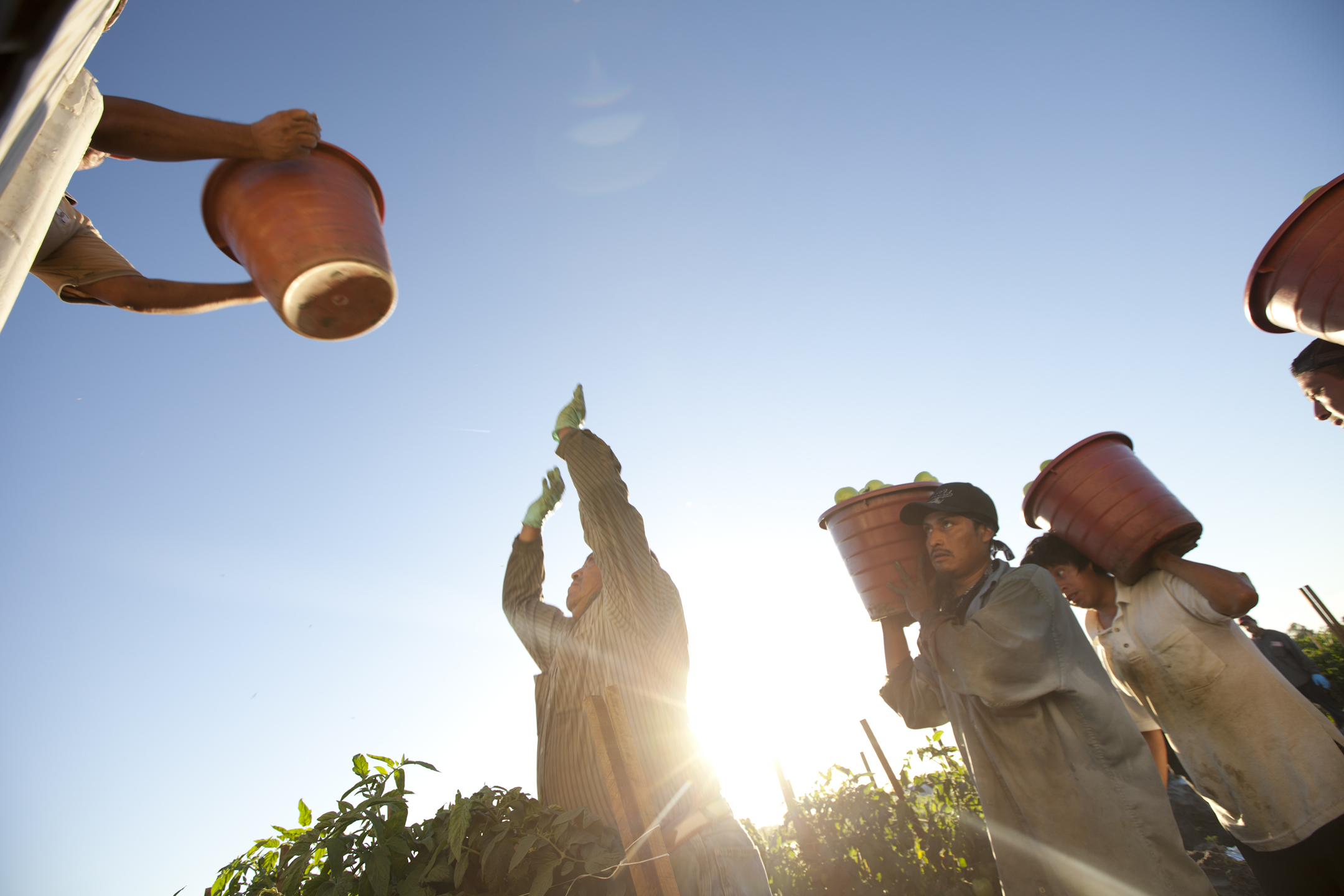 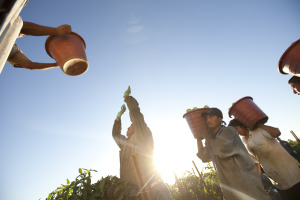 A few years ago, Sanjay Rawal was driving past a farm in Immokalee, Florida and he saw a group of migrant farmworkers toiling away in the fields. Later that evening, he drove by the same field to find the same group still hard at work. Meanwhile, the farm managers were eating at a separate facility nearby. “The segregation of these two communities shocked me. Almost next door to one another were these two eating facilities–one for whites one for ‘coloreds’. The ‘coloreds’ in this case weren’t African Americans, but farmworkers. It could’ve been 1911, not 2011.”

Rawal has been a strong supporter of the local food movement, but he realized he knew very little about food production. He became curious about, “who exactly was producing these organic tomatoes. What were their conditions like? What were they paid?”

Now Rawal is releasing his third film, Food Chains, about just this topic. Produced by actors Eva Longoria and Forest Whitaker and directed by Rawal, Food Chains debuted at major film festivals this year, including the Berlinale Film Festival and the Tribeca Film Festival and opens for a limited theatrical run on Friday, November 21. 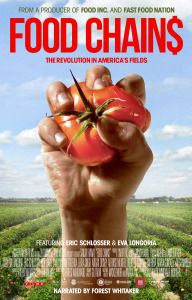 The documentary takes a deep look at the lives and working conditions of American farmworkers, paying particular attention to the case of workers in Immokalee, Florida, one of the largest tomato-producing regions in the U.S. Here, workers, mainly from Latin America, have endured deplorable working conditions, wage theft, and–in some cases—modern day slavery. It’s also the home to one of the most respected, important fights for food worker’s rights in the nation.

Food Chains presents viewers with an intimate portrayal of Immokalee’s farmworkers’ lives, and connects their plight to social justice, showing the work of the Coalition of Immokalee Workers (CIW), the group that has spent the last two decades campaigning for the workers rights and better wages. The film centers around a week-long fast for fair food CIW took part in in 20022, and the event serves as a lens on their wider work to create the Fair Food Program.

The latter is a farmworker- and consumer-driven initiative to increase farmworkers’ wages by a penny more a pound, and improve conditions in Florida. (Barry Estabrook wrote extensively about CIW’s work in his seminal book Tomatoland.) The film also looks at how the American supermarket industry operates and the way CIW has worked with everyone from Trader Joe’s to Walmart to enact change.

The film’s executive producer and Fast Food Nation author Eric Scholsser played an important role in developing the film and believes it speaks to an under-represented aspect of today’s food dialogue.

“America’s food system will never be sustainable if it’s based on the abuse of poor workers,” he said in a recent phone interview. “Food issues and human rights are inextricably linked and awareness of that fact is long overdue.”

Like Scholsser, Rawal agreed that what is lacking when it comes to food issues in America, or anywhere else for that matter, is awareness, and hopes that the film will appeal to college students and to a younger demographic who are coming of age in a time when food studies programs and community gardens are becoming more common.

Although the film wrapped in 2012 and ends without showing several of CIW’s recent wins–including the historic agreement by mega-retailer Walmart to sign on to the Fair Food Agreement last January—it is not without a message of hope for food workers and their advocates.

In a post on the CIW blog, the organizers wrote: “What makes ‘Food Chains’ truly unique is that it’s not just about the problem of farm labor abuse, but rather about the solution, a proven solution that has been long overdue and that is changing tens of thousands of lives every day here in Florida.”