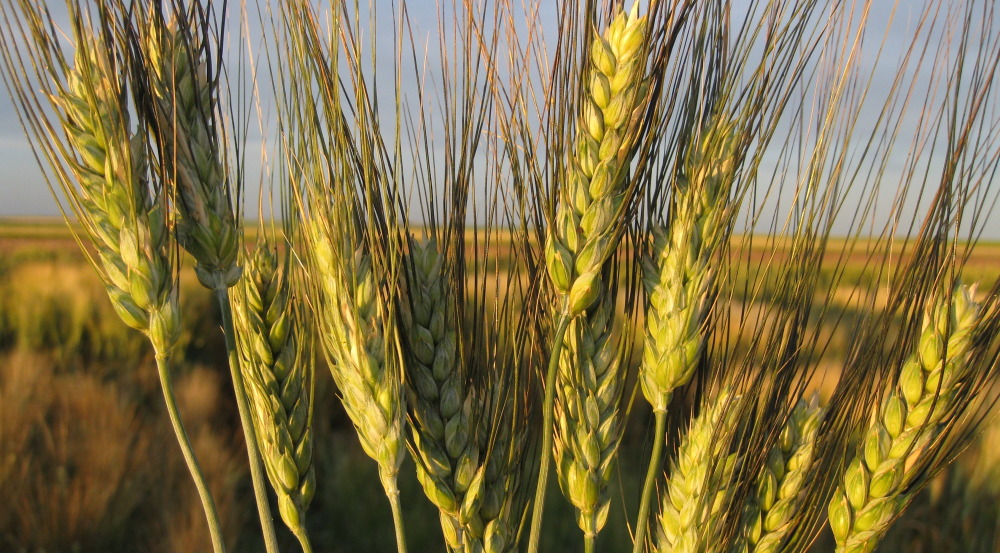 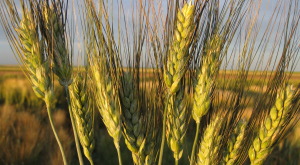 Conventional farming usually gets a bad climate rap. That’s because, in one way or another, food production accounts for up to a third of all anthropogenic greenhouse gas (GHG) emissions.

Some seep directly from agricultural soils, but others stem from transportation, farm machinery, and the substantial carbon footprints of synthetic fertilizers and other inputs. These indirect emissions add to the environmental impacts of staple crops like corn and wheat, oft-vilified grains that feed much of the world’s population.

But a new paper, published today in the journal Nature Communications, offers a slice of good news. The study found that a combination of a few basic farming practices boosted wheat production and put heaps of carbon back into the soil–more than enough to compensate for the GHGs emitted in the process of growing it.

“The conventional thinking is that wheat production emits carbon,” said Yantai Gan, a senior scientist at Canada’s Semiarid Prairie Agricultural Research Center and the lead author of the study.

But Gan’s research suggests that’s only half the story. Roots and stems left in the ground at the end of the growing season return carbon to the soil, offsetting emissions. That means reducing the climate impact of wheat hinges on maximizing soil carbon storage and minimizing inputs, all while growing as much grain as possible.

In the new study, the researchers identified a set of agricultural techniques that do just that. The results grew from a 25-year experiment conducted in Saskatchewan’s swaying fields of Spring wheat. There, researchers farmed dozens of test plots using four different cropping systems: a three-year rotation of fallow-wheat-wheat, another of fallow-flax-wheat, a two-year rotation of wheat and lentils, and continuous wheat plantings.

Along the way, scientists measured how much grain they grew, how much carbon built up in the soil, and how many GHGs were belched into the atmosphere at every stage of production.

What the researchers found surprised them: All of the plots had a negative carbon footprint.

“We said, ‘Oh my God, we actually give back more carbon than we emitted!’” Gan said. 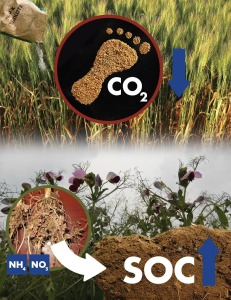 In part, the researchers attribute this result to the way they calculated the total carbon balance; many previous studies failed to consider the role of soil carbon at all. But different agricultural practices clearly mattered too: the lentil rotation blew the other cropping systems out of the water, followed by continuous wheat plantings.

As it turns out, keeping crops in the ground as much as possible, rather than letting fields lay fallow, played an important role in decreasing wheat’s carbon footprint. Fallowing land every second or third year is a common practice in conventional farming because it allows the soil to retain moisture and liberates nutrients for the following growing season. But it also leads to the loss of carbon-rich organic matter–bad for soil and for climate–and produces less food

On the other hand, planting fields continuously requires more carbon-intensive inputs, like fertilizers and pesticides. That’s where the lentils come in. Lentils belong to a class of plants called legumes that can convert useless atmospheric nitrogen into plant food, some of which remains in the soil through the next year. On average, fields planted with lentils required 30 percent less fertilizer than fields planted continuously with wheat, and produced just as much grain.

In effect, the lentil rotation works like cover cropping, another similar approach, which involves planting (often inedible) legumes in the off-season. Cover cropping is common on organic farms, which forgo synthetic nitrogen fertilizer, and must devise other ways of adding nitrogen to the soil. It has also been making headway as a sustainable option within in conventional systems.

For the rest of the fertilizer, the researchers did something clever: they tested the soil each fall and calculated exactly how much to add the following Spring.

“You don’t over-fertilize or under-fertilize, you just kind of match the plant’s requirements,” Gan said. Fertilizer savings translate into fewer GHG emissions and adequate fertilization ensures farmers get the most from their land.

The researchers found that, in the fields where all these practices were applied together, carbon built up in the soil at staggering rates. Overall, the scientists estimated that for each kilogram of wheat they harvested, the soil removed up to a third of a kilogram of CO2 from the atmosphere.

That bodes well for the large swaths of the planet where Spring wheat is grown in semi-arid environments similar to the North American Great Plains, like China, India, and parts of South America.

“It’s a win-win situation: You can increase production and put carbon in the soil,” said Rattan Lal, a soil scientist at the Ohio State University and director of its Carbon Management and Sequestration Center. “My only hope is that they are right.”

Indeed, these findings only reflect one study. And, as Lal points out, whether or not wheat production acts as a carbon sink depends on what happens to the carbon once it’s in the soil, something the scientists didn’t address directly in the study. “If the carbon doesn’t stay there very long, then it’s no good,” he said.

It’s also unclear whether soil carbon can continue to build up indefinitely. In fact, the scientists found that the accumulation of soil carbon in the fields studied leveled out in the last decade, suggesting they may have hit some kind of plateau.

But Gan remains optimistic. First, he said, “if you look at the soil carbon that we have today, it is still way lower than when the land was broken.” He thinks the carbon content of natural soils may be a realistic threshold for agricultural lands, and there’s plenty of room to put more carbon away before approaching that limit. Second, he believes farmers will continue to transition toward better agricultural inputs, like lower-carbon fertilizers.

Although Gan is cautious about generalizing his results beyond wheat, he said the techniques recommended in the study may hold promise for other crops. Prime candidates are those grown in degraded soils that have lost carbon due to poor management, and corn and oilseeds, which require large amounts of nitrogen.

“The techniques discovered in the present study can definitely increase nitrogen use efficiency, decrease carbon input, and reduce the carbon footprint of the crops significantly,” he said.

Julia Rosen is a freelance science writer based in Portland, Oregon. She writes about earth science, energy, climate, and food, although she can get interested in just about anything. Her words have appeared in the Los Angeles Times, EARTH Magazine, and Eos, among other places. Her voice has appeared on podcasts for Scientific American and the Dirtbag Diaries. Find out more at www.julia-rosen.com. Read more >