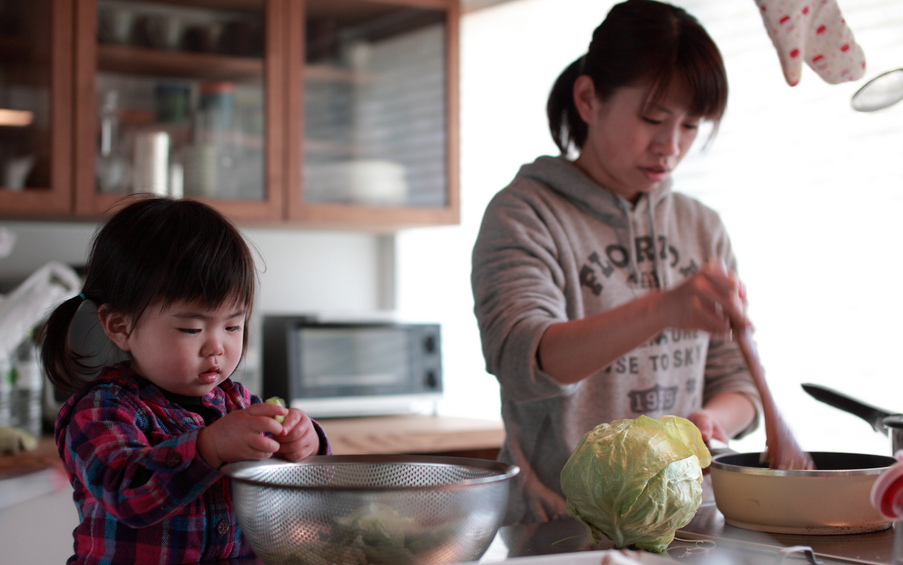 There is a great deal of anecdotal evidence to suggest that cooking at home is better for our health. It’s also well known that eating convenience food is associated with poorer nutrition, obesity, and other metabolic diseases. Food experts, ranging from NYU professor Marion Nestle to author Michael Pollan and New York Times columnist Mark Bittman, have long argued that homemade meals belong at the center of a healthy diet.

Yet little research to date has focused on the relationship between how often people cook at home and the quality of their diets. A new study presented today at the American Public Health Association annual meeting and published in the journal Public Health Nutrition provides strong evidence to support the connection.

“If a person–or someone in their household–cooks dinner frequently, regardless of whether or not they are trying to lose weight, diet quality improves,” write authors Julia Wolfson and Sara Bleich, researchers in the Department of Health Policy and Management at the Johns Hopkins Bloomberg School of Public Health. “This is likely due to the relatively lower energy, fat, and sugar contents in foods cooked at home compared with convenience foods or foods consumed away from home,” they explain.

Wolfson and Bleich analyzed data from the U.S. Centers for Disease Control and Prevention’s National Health and Nutrition Examination Study (NHANES) to find out whether the link between healthier diets and frequency of home cooking can be documented scientifically.

As part of the NHANES data gathered between 2007 and 2010, approximately 9,500 adults 20 and older were asked about their cooking habits. Researchers found that households that reported cooking dinner at home most frequently (6 to 7 times a week) consumed “significantly fewer” calories and ate better than those who relied more heavily on restaurant meals and frozen foods.

The researchers found that 8 percent of adults lived in households in which someone cooked dinner no more than once a week; 44 percent cooked dinner 2 to 5 times a week; and 48 percent reported cooking dinner 6 to 7 times a week. Compared to the low-cooking category, those in the high-cooking category consumed significantly more fiber, fewer carbohydrates, and less sugar.

“From first-hand knowledge, I know how much fat and salt can be in restaurant food, whether it’s fine dining or fast food,” said Wolfson, who worked for 10 years as a chef in restaurants in New York and Los Angeles. “The food is formulated for flavor, so health is not at the top of a list of concern.”

The same is often true for processed and pre-packaged meals, as Michael Pollan noted in his recent book Cooked. “Corporations cook very differently from how people do…” and “tend to use much more sugar, fat, and salt than people cooking for people do,” he writes.

What the study doesn’t reveal, Wolfson explained during her APHA presentation, is what people mean by “cooking.” While the NHANES data includes questions about frozen meals, including pizza, it doesn’t ask about other prepared ingredients, including those now available in most major supermarkets.

The researchers also found no significant relationship between cooking frequency and body weight. As they note, “not all cooking is healthy.” Additional questions remain about what obstacles might be keeping some cooks from cooking with fresh, whole ingredients.

At the APHA meeting, Wolfson presented some follow-up research suggesting that when it comes to cooking with fresh fruit and vegetables, income is a significant piece of the puzzle. Their research to date shows that people of lower income are buying and eating less fresh produce regardless of how often they cook at home.

While these findings are not necessarily surprising, the data will be important in improving “access to high quality ingredients and circumstances that allow people to cook,” and to how cooking is used as a strategy in combating obesity, Wolfson said.