All The News That's Fit to Eat: The Strawberry's Dark Side, Fast Food Racial Profiling, and 'Food for Tomorrow' | Civil Eats

All The News That’s Fit to Eat: The Strawberry’s Dark Side, Fast Food Racial Profiling, and ‘Food for Tomorrow’ 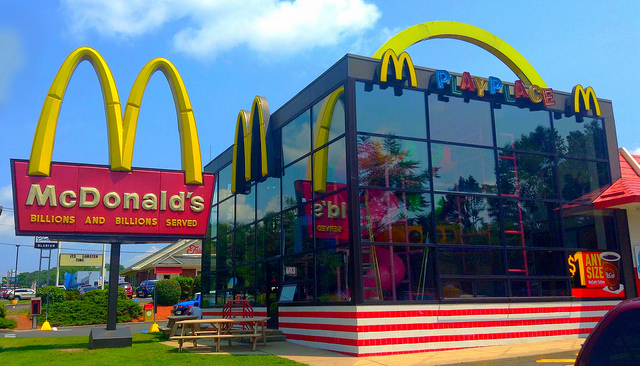 Just because the elections are over doesn’t mean there isn’t news to cover–food news, that is. See this week’s stories below.

Food movement powerhouses Mark Bittman, Michael Pollan, Ricardo Salvador, and Olivier de Schutter have proposed a simple idea: The U.S. government should adopt a comprehensive food policy that protects public health, workers’ rights, the environment, and farm animals. The authors point out the tension between the First Lady’s Let’s Move initiative and the business-as-usual Farm Bill the President signed earlier this year, pointing to the fact that the government funds “both sides in the war on Type 2 Diabetes.” Fortunately, they suggest, solutions are within reach, and they start by recommending increased coordination between the eight federal agencies that influence the food system. In the meantime, the authors are calling on everyone to sign a petition to the President, urging him to take executive action on this issue.

2. Kale or Fracking? Farmers and Corporations Fight it Out for Water (The Guardian)

As extreme droughts continue to plague California, conflicts are brewing between oil and gas companies and our country’s primary food suppliers for access to water. For consumers who want low-cost groceries and electricity, for example, this tension might not have an easy solution. As wages continue to stagnate, many of life’s daily necessities might grow increasingly out of reach for most people, possibly necessitating an entire reconfiguration of both our agriculture and energy industries.

3. Senators to FDA: Get Data on Antibiotics in Food-Producing Livestock (The Wall Street Journal)

Earlier this year, the Obama Administration laid out a strategy to combat the growing problem of antibiotic-resistant bacteria. Critics of the plan argued that it did little to target the overwhelming use of unnecessary antibiotics in animal agriculture, instead offering a mere suggestion to stop pumping otherwise healthy animals with antibiotics to promote growth. In an effort to put more pressure on the U.S. Food & Drug Administration (FDA), a group of senators has penned a letter urging the agency to enact a proposed rule that would ramp up data collection and reporting on the issue.

The tricks fast food companies use to entice children are well known–free toys, loveable mascots, and celebrity endorsements come to mind. But a new study found that stores like McDonald’s and Burger King are more likely to target kids’ with in-store marketing techniques in predominantly Black areas, as well as predominantly low-income ones. Kids of color are already more likely to live in areas with an overabundance of fast food restaurants and limited options for healthy alternatives. These factors have serious implications for these kids’ health–for Black and Latino youth in particular, rates of childhood obesity are nearly double what they are for white children.

What happens when attempts to protect the public health backfire, and exposure to dangerous chemicals actually increases? In California, regulators allowed the use of a known carcinogen, 1,3-D pesticide, to double, putting communities who lived near the state’s strawberry fields at significantly greater risk for cancer. These risks are even greater for people of color and a group of Latino residents near Rio Mesa are fighting back against unfettered pesticide use.

What started a small-scale initiative at a few farmers’ markets across the country has grown into a $100 million program over five years in the Farm Bill. The funds allow SNAP (AKA food stamp) recipients to receive extra dollars to spend on fruits and veggies when they use their benefits at farmers markets. These programs have flourished across the country and garner bipartisan support for their positive impact on low-income consumers and farmers.

7. The Dreadful Inconvenience of Salad (The Atlantic)

8. Parents Are Surprisingly Bad at Packing Lunch for Their Kids (Washington Post)

School cafeterias often get a bad rap, but they may actually provide healthier meals for students than those that parents do. Despite receiving substantial pushback earlier this year from House Republicans, the improved school nutrition standards passed in the Healthy Hunger-Free Kids Act in 2010 have dramatically improved cafeteria fare. While parents often pack their kids’ lunchboxes with chips and sweets, lunch ladies across the country are doling out fruits, veggies, and whole grains.

9. The Elixir of Life for Produce (National Geographic)

Food waste is no joke–Americans toss out nearly 40 percent of our food each year. While much of the losses occur during production and shipping, well before food hits grocery store shelves, consumers often throw out perishable foods that simply didn’t last long enough to eat. A team of researchers at Apeel Sciences are working on creating a biodegradable, organic material made from plant matter that can extends fruits and veggies’ shelf lives by acting as a microbial shield.

Food system advocates from around the country gathered in New York City to discuss two main challenges: feeding a growing global population and combating widespread unhealthy diets. All of the talks are now online and if you don’t have time to watch the full videos, you can read Civil Eats’ live tweets for a recap of the event (#NYTFFT).

Did we miss any stories this week? Share them with us in the comments below.