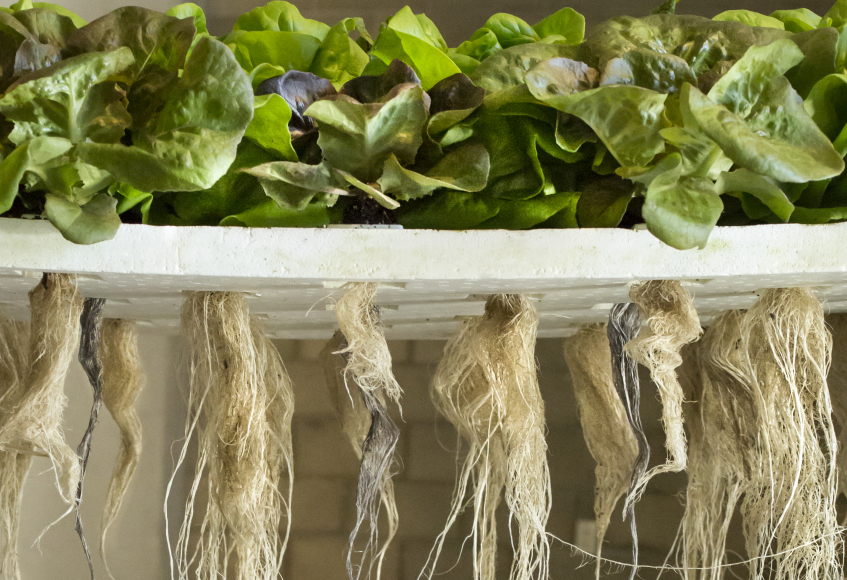 In the quest to shave off distance from field to plate, today’s chefs and restaurants have devised a range of creative solutions–from growing tomatoes on their own rooftops to sourcing fruit from their customers’ backyards.

The Perennial, a soon-to-open San Francisco eatery, plans to take the business of local sourcing several steps further. Many of the greens and herbs the restaurant serves will be grown in a closed-loop aquaponic system based across the Bay in Oakland. And when chef Chris Kiyuna wants to serve say, some sorrel or sprigs of purple basil, he’ll be able to harvest them from the “living pantry”–an area of the restaurant where the greens will float until just moments before they’re served.

Karen Leibowitz, one of the three co-founders of the Perennial, along with her husband Anthony Myint and Chef Kiyuna, has been eating the greens recently, as they prepare to open the restaurant. “They’re sort of beautiful,” she says. “The roots are really long and almost clear.”

In an aquaponic system, fish and vegetables co-exist in a delicate, symbiotic cycle. In this case, the bulk of the Perennial’s food waste will go into creating feed for catfish and sturgeon, whose waste will in turn nourish the greens in an age-old combination of water-filtration and fertilization.

The benefits of aquaponics are many. For one, the greens taste better than they might in a traditional hydroponic system, which involves using high-doses of synthetic fertilizers. Not only are they as fresh as possible, but, according to Leibowitz, “the water-based system with micro-organisms gives them a much fuller flavor palette than a single chemical fertilizer system would.”

The living pantry is meant to spark conversation about the many connections between food and climate change–as will many other elements of the restaurant Eater SF has called “mega-sustainable.” Leibowitz says she and Myint were inspired to focus on the topic after hearing that greenhouse gas emissions from the farms and fisheries could increase by 30 percent by 2050.

“Our hope is to talk about where food comes from and to make it vivid for people, without being too preachy,” she says. “We want to make diners participants, not just consumers. And food really is the site where many people engage with the environment most closely.”

Borrowing from the recent social practice art movement, Myint and Leibowitz are known for seeing their restaurants simultaneously as laboratories. Their first restaurant, Mission Chinese Food, began as a pop-up inside a more traditional restaurant, in part, says Leibowitz, to make people consider the role of the modern eatery. At Commonwealth, another San Francisco restaurant founded by Myint and several other local chefs and restauranteurs, Leibowitz constructed a mini-art gallery inside the bathrooms, as a comment on public and private space.

And at both restaurants, a portion of each meal goes to support hunger-relieving organizations. In fact, the two restaurants together have donated more than a half a million dollars for food banks and other charities in the Bay Area. 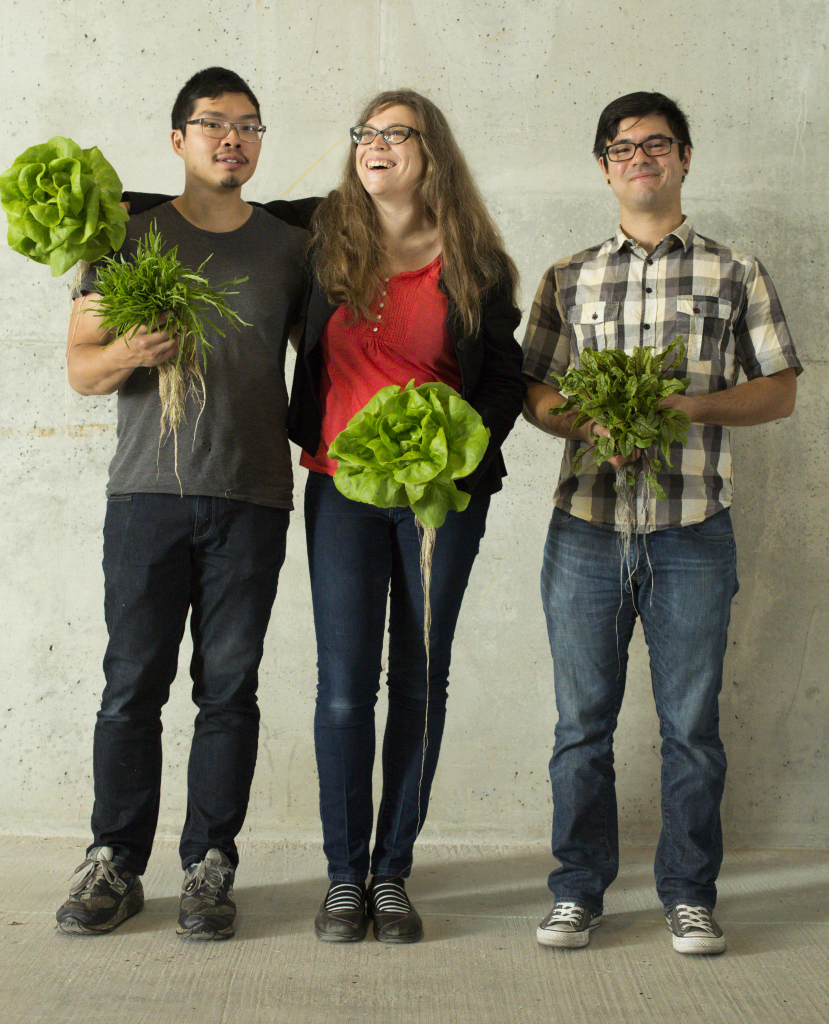 Of course, it’s not easy to create an inviting, enjoyable eating experience while drawing attention to, say, the emissions involved in food’s distribution and refrigeration. But it’s clear the Perennial’s founders have done their homework. It also helps that they’ve chosen to partner with some well-respected groups in the environmental sphere. All the beef they source, for instance, will come from ranchers managing their pasture for optimum carbon sequestration as part of the Marin County, California-based Carbon Cycle Institute.

As their name implies, the Perennial’s founders also plan to serve bread made with perennial grasses made famous by the Land Institute using recipes developed by Tartine’s Chad Robertson. The organization’s plant breeders have been working to produce grains with root systems that will remain in the ground for years, creating thriving ecosystems, above and below the soil–unlike annual grain production, which must be planted and plowed under every year.

The Perennial bread is likely more than a year away. According to Leibowitz, the Land Institute’s scientists “have been doing test plots in Kansas and Minnesota and they’re ready to let a few more farms grow this wheat. We’re in the mix, helping that happen, hopefully in the Bay Area.”

The Perennial is also collaborating closely with Zero Foodprint, a new local nonprofit designed to guide other restaurants in reducing their environmental impact. Myint serves on the organization’s advisory board along with Chris Ying, editor in chief of Lucky Peach, and Peter Freed, the former director of the environmental consulting firm TerraPass.

In the short term, the Perennial founders are focused on getting the aquaponics project up and running with the help of a $24,000 Kickstarter campaign and the support of Nathan Kaufman of Viridis Aquaponics. Kaufman is setting up the system, in which he says about 1,000 catfish and sturgeon will swim in a 2,000 square foot facility.

The space will grow around 900 edible plants at a time, resulting in as many as 75 pounds of vegetables every week. Although they’ll initially just clean the water and feed the plants, eventually the fish themselves will also be served at the restaurant. According to Kaufman, catfish take around 16 months to mature, while the sturgeon will take three years.

The system also relies on red worms and black soldier flies, who eat the compost, and whose larvae will be dehydrated and incorporated into the fish feed. “Producing our feed in-house will be a huge step,” says Kaufman. “Almost 90 percent of the carbon emissions associated with commercial aquaculture are attributed to the manufacturing of feed.”

Ultimately, Leibowitz says she hopes to offer tours of the Oakland-based aquaponics facility, which they are renting from local woodworker and Zen architect Paul Discoe, who also happens to be designing the interior of the Perennial.

Leibowitz and Myint see the tours as a teaching tool for urban agriculture, or “another aspect of the intervention.”

In all of this, the message is clear: Today’s restaurants can and need to do more than just feed people. A sustainable restaurant can also help shape our lives in ways that make us more thoughtful actors in the world around us.

“We want to give people the sense that they can make a difference,” says Leibowitz.