Breaking 'The Chain': What's at Stake in the Modern Pork Industry | Civil Eats

Breaking ‘The Chain’: What’s at Stake in the Modern Pork Industry 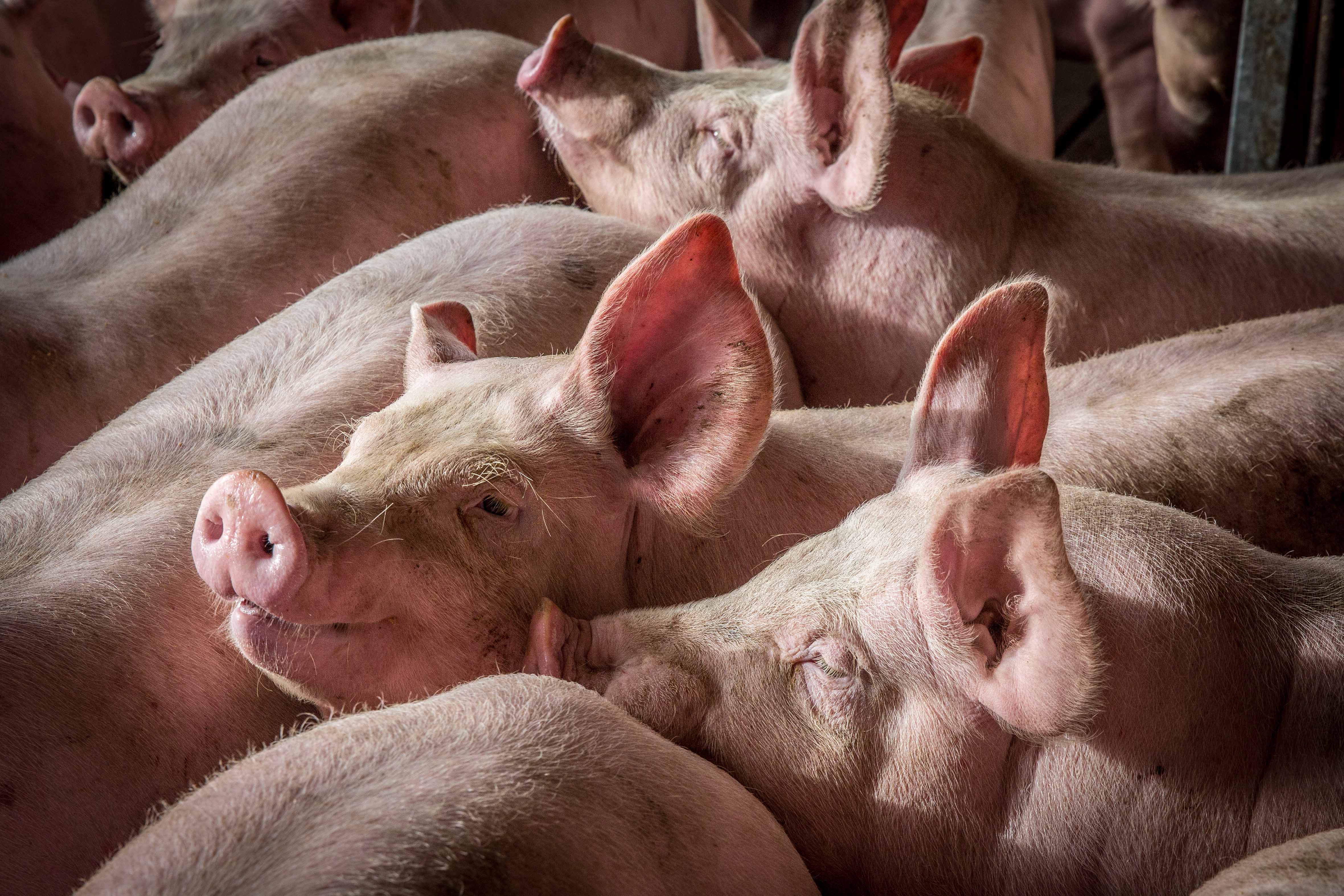 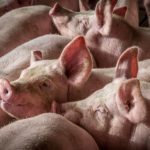 At first glance, writing an exposé on the pork industry might seem outside Ted Genoways’ wheelhouse. He’s the author of two books of poetry and has  penned a biography of Walt Whitman—not necessarily what one expects from someone writing about modern meat production in the U.S.

But Genoways, who has written on factory farming for Mother Jones and is the grandson of a former packinghouse worker from Omaha, Nebraska, brings his interests together by focusing on working class Midwestern life. His newest book, The Chain: Farm, Factory, and the Fate of Our Food, is a chilling indictment of today’s pork industry told through the story of one company, Hormel Foods. Essentially, it’s The Jungle for the modern era.

We recently spoke with Genoways about his new book, Hormel, and the fact that much of our food has become less safe over time. 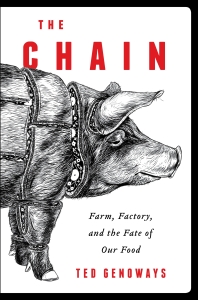 You use the story of Hormel Foods to trace the path the meat industry has taken since the Great Depression. How has the industry changed?

In 1933, there was a strike that formed the Packinghouse Workers 9 local union in Austin, Minnesota. Until the 1980s, the union maintained a strong workforce and [had] a strong hand in the company. In 1985, the new corporate leadership [at Hormel] was rolling back a number of the benefits that had been achieved 50 years before. The union thought that they would go on strike to show their muscle and ultimately they lost resoundingly. The international union stepped in and ended the strike and the local has never had the same kind of bargaining power.

Since that time, things have changed dramatically. The workforce has become largely immigrants and the company really seems to regard [them] as disposable—if they become dissatisfied in any way, you simply replace them.

How do you see unions’ role shifting in the future?

I think there will be greater organization of the workers themselves as things shape up along ethnic lines. [There are] informal community groups that pop up aimed at supporting the Hispanic workers or the Karen workers from Burma. Because of the demands of language and culture, those groups tend to have a greater grassroots connection to the community.

The UFCW Local 6 union in Albert Lea, Minnesota, did a fantastic job of reaching out to organize the Karen workers there. They have been very effective at getting out and explaining the advantages of joining the unions. It may simply be a matter of the unions having time enough to catch up with the evolution of the workforce.

Can you talk about the changes that have occurred in processing speeds since the 1980s and how that has affected workers? How has the company responded to these issues?

Hormel came under new corporate leadership in the 1970s and a guy named Dick Knowlton sold them on the idea of building an entirely new plant that would emphasize mechanized processes. He sold it to the workforce by saying that it would reduce the amount of difficult, complicated cuts to make. What he left out was that these easier cuts would be occurring at a much higher rate.

Hormel decided to make up the cost of building the new plant in part by cutting workers’ benefits and salaries. [Knowlton] also had workers sign a no-strike agreement, but the day that the agreement elapsed, the workers all walked out. Then the company split the cut-and-kill operation off from Hormel and created Quality Pork Processors. Even though the operations were still inside the walls of the new plant, Hormel said that new company didn’t have a contract with the union.

That’s what set the stage for the company starting to push for a reduced inspection model with the USDA that says, “We want to have fewer inspectors on the line, and what we’ll replace it with is pathogen testing that is high-tech and advanced and scientific.” But in fact, it’s really spot-checking.

In 2002, the line speed inside of Quality Pork Processors and the Hormel plant was about 90 hogs per hour. By 2007, the line speed was 1,350 hogs per hour. The number of workers increased in that same time by 10 to 15 percent in the two plants. When you have line speeds increased by 50 percent and you don’t increase the workforce, you can see that there are going to be other kinds of injuries. It’s a model that allows the systems engineers to not even take into account the possibility that workers will complain.

Let’s talk about the brain machine. How did this come to be and how did it affect workers?

In the Austin, Minnesota plant, the brain machine was a pressurized air system that would release a 90 psi blast of air to liquefy the brain inside [the pig’s skull].

The blast of air was enough [to aerosolize] small amounts of the brain tissue. As the line speed increased, the volume of brain tissue in the air increased as well. In time, the people operating the brain machine, the other people working [nearby], and even supervisors who passed through that area started suffering from this new neurological disorder. As they were inhaling these foreign cells, their immune systems were forming antibodies to attack those cells. Pig neural cells are quite similar in structure to human cells, and after they had killed off all the pig neural tissue, they just kept going.

There were a number of people who wound up with permanent nerve, spine, and brain damage from this exposure.

If the labor force is increasingly comprised of immigrants, many of whom are undocumented, what legal recourse do workers have to get compensation for these kinds of health problems?

There’s what’s legal and what’s practically available. Legally, if you worked in a plant, you are due worker compensation if you were injured there. Your legal status is not considered.

There are instances, as with the brain machine, of the workers being brought in and being told that [Hormel] had contacted Immigration and Customs Enforcement about their cases. Once the workers confessed that they were not working legally, many of them assumed that they would not have access to compensation anymore either.

However you slice it, if you look at Hormel and the companies it has created, it seems clear that their goal is to try to keep people from being able to collect on health claims in any way that they can. Certainly immigration status and the specter of deportation is one of the tools available to them.

The changes to processing speeds in the early part of this decade were the result of industry pushing USDA to decrease their regulations. Do you see a role for consumers advocating to these regulatory agencies or  members of Congress? Do you think there’s political leverage there?

When you’re talking about Hormel for example, it’s easy to say, “None of us are going to eat Spam and that will put pressure on Hormel.” But the reality is that Hormel is not just Spam, they’re also all the fresh cuts of meat that are in many grocery chains, especially big ones such as Walmart. They’re also Jennie-O turkeys and Skippy peanut butter and Muscle Milk.

Many companies have gotten so large and so diversified in order to insulate themselves against fluctuations in any particular commodity that it’s impossible for the consumer to boycott enough products to have an impact on one company. What about Tyson and Smithfield and Cargill? It’s just too large. The only way that this is going to get done is through regulation.

We continue to hear about food safety issues—what is Hormel’s strategy for dealing with these kinds of outbreaks when it has played a role in decreased standards for food safety?

The food safety issue is the most complex, and it’s the reason that there needs to be Congressional and Presidential involvement in all of this. The Government Accountability Office and the USDA’s Office of Inspector General have done reports on the plants with increased line speeds and the assessments are universally damning. And yet, when I talked to people at the USDA, the indication is that the department intends to push forward with trying to implement these changes.

This, despite the fact that the Inspector General’s report found that three of the five plants that were allowed to implement this model wound up among the 10 worst food safety violators in the country. It is not only absurd but reckless to say we are going to model the whole nation’s pork industry on three of the plants that are the least compliant with food safety rules in the country.

Where we’re headed with this is a whole range of public health crises. We’re creating situations where there are lots of small pockets of concern … I just think it’s too much of a gamble to take.

This interview has been edited and condensed for length. Correction: We previously printed the name “Dick Knowlton” as “Dick Nolton.” We have updated the post to reflect this change.