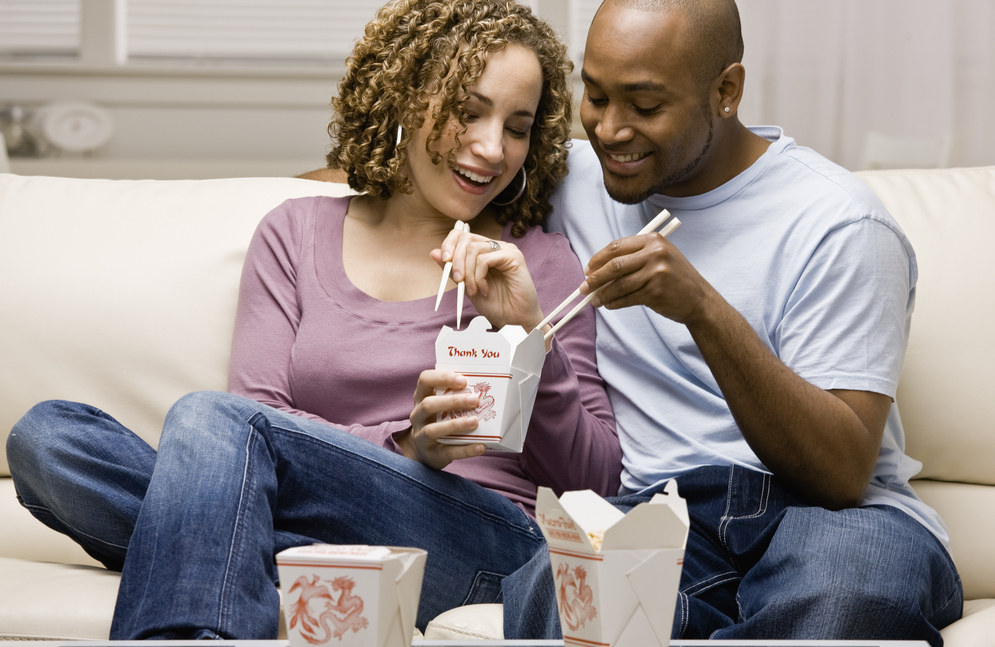 When you open a pizza or donut box, you know a guilty food pleasure awaits. But along with the extra calories, you may be getting a dose of chemicals known as perfluorinated compounds (PFCs). These chemicals are used to make the grease-proof coating on paper and cardboard food packaging–things like take-out boxes and containers and the paper used to wrap pastries. They have also been used to make nonstick cookware, waterproof rain gear, and stain-resistant coatings for fabrics. What makes these chemicals so good at repelling grease, water, and stains also makes them environmentally persistent and potentially toxic.

Lab studies have shown that PFCs, including those called long-chain perfluorocarboxylates, can adversely impact fetal and newborn development as well as liver and reproductive and immune system health, while also interfering with hormones. They’ve been found in wildlife worldwide and in nearly every American the Centers for Disease Control and Prevention (CDC) has tested [PDF].

Prompted by these concerns, the U.S. Food and Drug Administration (FDA) worked with three major chemical companies to voluntarily phase out their U.S. sales of the PFCs considered most hazardous–known as “C8” compounds–for use in food packaging. While this voluntary phase-out is important, the FDA did not take the additional step to actually withdraw its approval for use of these chemicals in food packaging or to otherwise explicitly prohibit their use in all food contact materials sold in the U.S.

That’s what the Natural Resources Defense Council (NRDC) and eight other organizations, including the Breast Cancer Fund, Environmental Working Group, Children’s Environmental Health Network, and Center for Food Safety, are now asking the FDA to do in a petition filed last month.

“FDA should swiftly ensure that these risky PFCs, which it has already asked domestic producers to stop using, aren’t sneaking into our food supply through pizza boxes or sandwich wrappers made overseas,” said NRDC’s strategic director for health and food, Erik Olson.

The petition asks that FDA “revoke the approvals it granted decades ago.”

While the major U.S. manufacturers of these PFCs no longer sell them here, it’s still legal to do so. If you’re in the market for food wrapping, you have options galore, including packaging made in China and elsewhere around the world. PFCs may be lurking in these products without any way for consumers to know, short of sending the paper to a lab for testing. There are no ingredient labeling requirements for food packaging materials and while FDA approval is required for “food contact substances” as they’re called, there’s no system in place to track products in which these chemicals are used.

A Dash of Perchlorate

While eschewing take-out food may help eaters avoid PFCs, that may not help with another toxic chemical–one used in rocket fuel–that is the subject of a second petition NRDC and the eight other organizations have filed with FDA. This one points to the chemical perchlorate–known to interfere with the thyroid gland, particularly prenatally and in infants–which is allowed in food packaging as an anti-static or anti-cling agent and in the gaskets used to seal industrial food containers.

“Powdered sugar, spices, flours, grains,” explains engineer and attorney Tom Neltner who helped draft the petition, are the types of food that would be stored or transported in containers made with perchlorate, an ingredient in a material called Irgastat P that is sold by the chemical company BASF. The petition contends that the FDA inadequately estimated how much perchlorate could migrate into food from these packaging materials and asks FDA to prohibit its use in all substances that come into contact with food.

“Perchlorate reduces the ability of the thyroid to take in iodine, which is essential for producing thyroid hormones,” says Zoeller. “If this process is disrupted during early stages of development, it can impair children’s cognitive ability,” he explains. These effects can last throughout life.

Exposure to perchlorate is so widespread that the CDC has found it in all Americans they’ve tested. The FDA has also found it in food ranging from English muffins to take-out Chinese food. Because the CDC has also found that most pregnant women in the U.S. have inadequate iodine levels, there’s concern that anything that might further interfere with thyroid hormones could result in serious harm to their babies.

“We already know that perchlorate is both toxic and widespread in food and in the bodies of virtually all Americans, so adding more to packaging is especially risky,” said NRDC’s Olson.

BASF says it “stands behind the safety of its products when used as intended” and explains that the perchlorate is added to reduce plastics’ ability to produce a static charge–like when you rub a balloon on your sleeve. Such charges can be dangerous and potentially explosive, especially with the large amounts of dust present in industrial flour and grain bins.

Asked if there is any other safer chemical that could be substituted, BASF said none had yet been found. And, as with the PFCs, there’s really no way for a consumer to know if food has come into contact with perchlorate.

Neither FDA nor BASF said they could comment on the petitions but if FDA decides to “accept” the petitions, it would begin a process that could lead to agency action on these chemicals. In the meantime, your dinner may contain some ingredients that are better off in rocket fuel and rain-jackets.