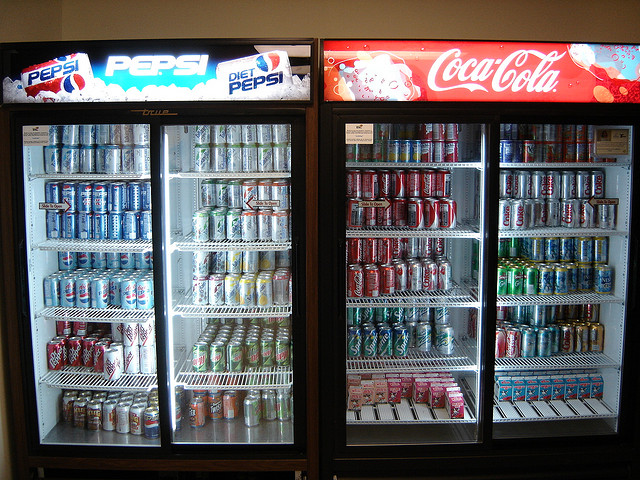 Berkeley voters overwhelmingly passed a “soda tax” yesterday despite a well-funded campaign battle by the soda industry. Hailed as an historic event, the approval of Measure D is being called a win for parents, public health organizations, and community food activists concerned with the link between rising Type-2 diabetes in Americans born between 2000-2011 and the consumption of sugary drinks. Dozens of communities, including New York, have tried (and failed) to take on the soda industry, but Measure D is the first of its kind in the nation to win.

“We all feel that this is a tipping point in this movement,” said Josh Daniels, co-chair for the Yes on D campaign, this morning after the ground-breaking vote, which garnered a 75 percent majority. A similar measure in San Francisco failed to get the two-thirds majority needed win.

Joy Moore, a nutrition and garden instructor at Berkeley Technology Academy, is a member of the Berkeley Healthy Child Coalition, formed in 2013 to address health inequities in the community. First on the agenda, get distributors to pay a one-cent a fluid ounce tax on sales of high-sugar drinks.

Moore says the success of Measure D will shift the national conversation about sugary beverages, and ultimately, change the balance of power from the soda industry to health advocates and the youth, mainly African American and Latino teens, that are in the crosshairs of pervasive, multi-platform marketing by the soda industry.

“We can’t stop the corporations from manufacturing soda, but we can have them help pay for the damage they are causing,” she said. “That’s why the soda industry was so upset. The more support for Measure D they saw, the more money they spent to fight this.”

Early in their campaign, the grassroots food policy council in Berkeley consulted with a Richmond city council member, and Berkeley Media Studies Group, to figure out what Big Soda had done to defeat similar measures in 30 other communities. They developed a clear frame that “this was going to be a fight against a big industry and that the community would really need to come together,” said Martin Bourque, executive director at The Ecology Center in Berkeley,” in a post-election conference call.

Howard Wolfson, senior adviser to former New York Mayor Michael Bloomberg, who donated upwards of $650,000 in support of Measure D, said that they decided to step in and provide an influx of cash late in the Measure D campaign once the “spending advantage Big Soda brought to the table” became clear. The funding from Bloomberg was used to expand outreach through e-mail, on-the-ground workers, and for television ads that run during the World Series on San Francisco broadcast media and on Berkeley cable stations.

The Berkeley effort will have enormous ramifications for the rest of the country, said Wolfson.

“Last night was a huge defeat for big soda and a historic victory for public health,” he said. “We think it will encourage other municipalities across the nation to pass similar initiatives. Mike Bloomberg stands ready to assist these efforts.”

Ahead of yesterday’s election, New York Times columnist and good food advocate Mark Bittman published an op-ed about the potential for a snowball effect on the rest of the country if Measure D passed.

With the success of Measure D, Bittman is confident the future is bright for grassroots, community-driven efforts to combat Big Soda’s hold on consumers.

“The Berkeley vote demonstrates that people are wising up to the ways of Big Soda, and that common sense can, at least sometimes, overcome overabundant funding,” Bittman told Civil Eats. “We can only hope that the Berkeley example will inspire cities all over the country to recognize that sugar-sweetened beverages are a prime cause of the public health crisis brought about by obesity and take similar action. So: Next year, San Francisco. And who knows where else?”