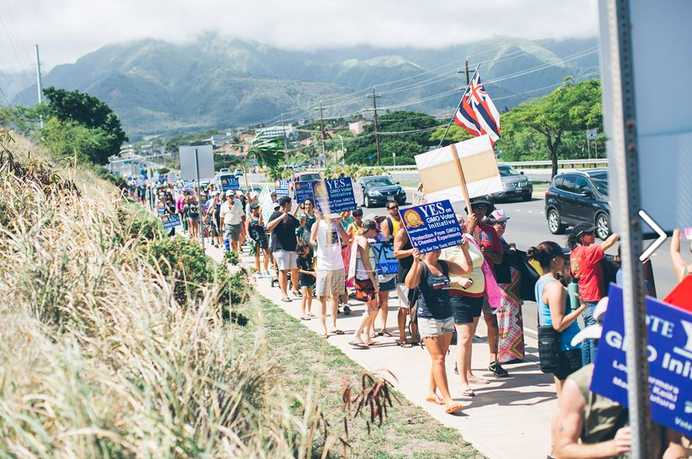 Monsanto is pouring money into rural Hawaii politics. A campaign spending report released last week revealed that the agrochemical company has spent over $5 million fighting a grassroots campaign to regulate Maui County’s growing biotech industry. Dow AgroScience and the Council for Biotechnology Information contributed another few million to the fight, for a total of $7.9 million.

Standing at my mailbox on Maui’s north shore, I could have guessed as much. Over the past few weeks, I’ve received a deluge of expensive, glossy flyers warning that the proposed “Maui farming ban” will send backyard gardeners to jail, run local growers out of business, and cost taxpayers money. Local television and radio stations—even Pandora and Facebook—have run ads on repeat, claiming that the bill is “bad for farmers.”

But the farmers I buy vegetables from don’t agree. In fact, the Maui Farmers Union—a diverse and dynamic group of food producers—stridently supports the bill. So does my neighborhood grocery and many local restaurant owners. The proposed moratorium on genetically modified organisms (GMOs) isn’t a farming ban. If passed, it would simply halt any new plantings of transgenic crops in Maui County, which includes the islands of Maui, Molokai, and Lanai. Anyone seeking to grow GMOs here will first have to pay for an independent party to conduct an Environmental and Public Health Impact Study (EPHIS), the first of its sort conducted at the local level.

So what’s at stake for Monsanto and its allies? A lot.

Few people might know that Hawaii, isolated in the center of the Pacific, is the epicenter of GMO seed production. In the 1990s, global agrichemical companies began snapping up farm acreage here, where they could capitalize on the year-round growing season. As a result, Hawaii’s seed crop industry (both GMO and conventional) ballooned by a whopping 548 percent over the last decade. By 2012, it was worth $243 million—triple the value of sugarcane, the state’s next largest agricultural commodity.

The big six biotech companies—Monsanto, Dow AgroScience, Syngenta, DuPont Pioneer, BASF, and Bayer CropScience—now grow transgenic soybeans, sunflowers, cotton, and wheat in Hawaii. In addition to some field trials, the bulk of their harvest is seed corn. Last year, the Aloha state exported 12.5 million pounds of seed corn to farmers around the globe—more than half of it genetically engineered. Meanwhile, islanders import 85 to 90 percent of their food.

The biotech industry is bringing big money to Hawaii, but will it benefit the local community in the long run? Perhaps, but given the major players’ appalling track record, there’s no guarantee.

Like many islanders, I’m not opposed to biotechnology across the board. But I am concerned about excess pesticide use. Most GMO products are engineered to withstand direct pesticide application (such as Round-Up Ready corn and soy) or they contain pesticides in their living tissue (such as Bt sweet corn). How do these crops and their associated farming practices impact the soil and pollinators over time?

There’s also the question of genetic drift. What is being done to prevent GMO crops from swapping pollen with neighboring plants, thereby contaminating future harvests? For example, if transgenic cotton comingles with ma‘o, the wild Hawaiian cotton, we could lose an irreplaceable endemic species. While federal agencies regulate pesticides and agricultural practices, I don’t feel that the existing oversight does enough to ensure that these relatively new technologies are safe. I’m not alone. 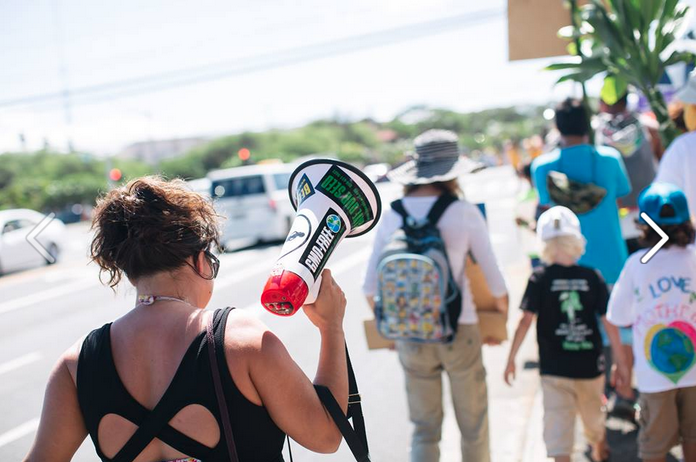 In November 2013, the island-wide counties of Hawaii and Kauai passed laws restricting GMO production. Hawaii County–AKA “The Big Island”–banned the planting of transgenic crops, with the exemption of papayas and plants grown in enclosed greenhouses. Kauai’s Ordinance 960 [PDF] requires the disclosure of GMO crops and associated pesticide use, an environmental impact study, and the creation of buffer zones between transgenic fields and schools, parks, private residences, and medical facilities. Both laws are currently tied up in court.

Hawaii is not usually a political place. The 50th state has the lowest voter turnout in the nation—which makes it all the more remarkable that three out of four counties have produced citizen-led legislation to address biotechnology. Maui County is the stage of the biggest battle yet. Last year, the SHAKA Movement, a local non-profit, circulated the GMO moratorium and swiftly obtained many more than the 9,000 signatures necessary to put it to vote. It’s the first citizens’ initiative ever to make onto the county’s ballot.

The moratorium targets the agrichemical companies; very few others in Maui County grow GMO crops. At least one local farmer who cultivates transgenic sweet corn will have to switch crops, pay for an EPHIS, or face steep fines. The bill includes $10,000 to $50,000 penalties, assessed daily, plus a misdemeanor criminal offense for anyone who continues to knowingly cultivate GMOs without conducting an EPHIS. Despite what the inflammatory TV commercials claim, backyard gardeners would have to display criminal intent to warrant jail time.

Under the bill’s dictate, Maui County would assemble a team of scientists and health experts to investigate whether genetic drift from GMO fields contaminates neighboring plants; how pesticides used in transgenic farming (both singly and in combination) affect the groundwater and marine environment; how pesticide-laden dust might affect humans and the environment; and if any connection exits between transgenic farming and birth defects in Hawaii. (Kauai residents have raised concerns over recent incidences of infants born with brain damage and gastrochisis.) If the County’s task force concludes that transgenic crops pose no environmental or health hazards, farmers can resume planting GMOs. 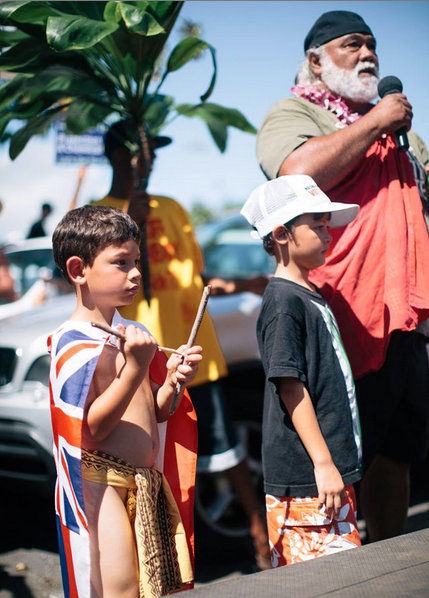 Although the bill affects only a handful of businesses, it could have big ripple effects. The islands of Maui and Molokai are home to thousands of acres of transgenic corn. Monsanto is Molokai’s largest employer. If the moratorium causes Monsanto and Dow AgroSciences to close up shop, the island’s unemployment rate could jump to 18 percent. Still, many Molokai residents traveled to Maui to join the crowd of 1000-3000 people who marched on October 26 in support of the bill.

The moratorium and the other two bills currently traveling through Hawaii’s legal channels may not be the best way to regulate transgenic agriculture, but they are a loud signal from a normally complacent populace. What, exactly, are the people saying? Not that Hawaii residents are anti-science or anti-business, as some critics claim. Acknowledging that a particular technology might have detrimental effects that aren’t immediately perceptible isn’t anti-science or anti-business; it’s practical. Just because we have biotechnology, doesn’t mean it’s the best use of our limited natural resources.

In many ways, Hawaii voters’ resistance to GMOs is a critique of industrial agriculture. The Islands’ most fertile lands have long been in bondage to monocrops—first sugar, then pineapple. Both took a toll on the natural environment; over 100 years of unsustainable farming methods have emptied island streams, depleted soil health, contaminated groundwater with chemicals, monopolized arable land, and left communities to eat food grown out of state.

Agriculture in Hawaii is long overdue for a makeover. The current political events show that agrichemical companies can’t simply pick up where the 19th and 20th Century colonial plantations left off. The local farmers from whom I buy my beets, kale, eggs, and honey have all weighed in: they want Monsanto and the other multinational corporations to prove that their practices won’t leave wreckage for others to clean up.

Hawaii’s hardworking, independent food producers have a vision for an increasingly sustainable community. I stand with them.

Photos of a recent march on Maui by Cadencia Photography.