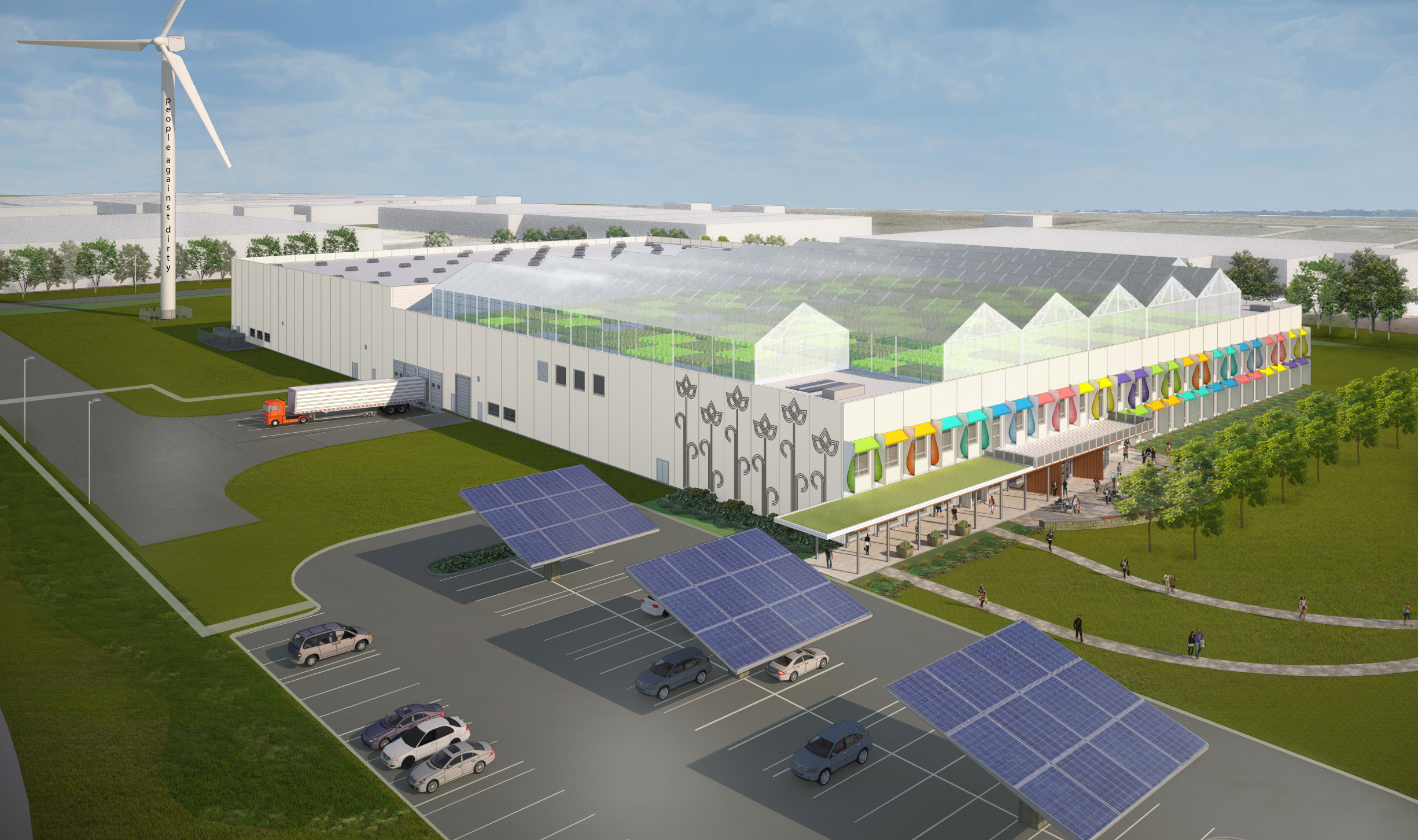 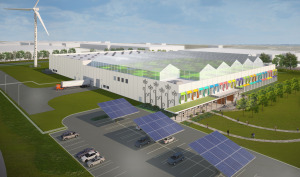 New York’s Gotham Greens rooftop farming operation recently announced that it would be expanding and building the nation’s largest rooftop farm in Chicago’s Pullman neighborhood. It’s a boon for both rooftop agriculture and for the Windy City’s mission to become an urban farming hub.

The 75,000 sq. ft. greenhouse caps off a new $30 million facility built by Method, the San Francisco-based soap company. Expected to be in production next year, Gotham farmers will grow an estimated 1 million pounds of greens yearly, supplying Chicago restaurants, schools, hospitals, and universities.

But the farm’s enormous size isn’t all that’s noteworthy about the project. If done right, the rooftop farm could also help revive a historic African American neighborhood and bring fresh food to its residents.

Once the farm is up and running, Gotham will be selling its produce in the neighborhood at affordable prices. Nicole Baum, a spokesperson for the Brooklyn-based company, says this will be the first time Gotham has sold produce direct at local farmers markets, as opposed to, say, through Whole Foods. This will make the produce more accessible because low-income residents in Illinois who qualify for the Supplemental Nutrition Assistance Program (SNAP) can get twice the dollar value at farmers markets.

“This means that Pullman residents will be able to buy a fresh head of lettuce instead of something that is two weeks old by the time it makes it to us,” says Anthony Beale, alderman of Pullman, which is in the city’s ninth ward.

The project marks Gotham’s first foray beyond New York and it is the beginning of what will become a national expansion for the urban agriculture pioneer launched in 2011. Viraj Puri, one of Gotham’s founders, says that while urban farming “isn’t a panacea” for the nation’s growing food needs, it provides small solutions. For instance, Puri says that Gotham will hire between 30 and 40 greenhouse employees mostly from Pullman. 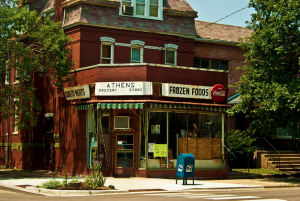 Rooftop farms are becoming more commonplace as cities seek ways to acquire fresher food and cut transportation costs. Steven Peck, president of the Toronto-based nonprofit Green Roofs for Healthy Cities says five years ago, there were no rooftop farms in North America. Today, he estimates there are more than 20 with the number expected to exceed 100 by 2020.

Located 11 miles south of the Loop, Pullman is said to have been the one of the nation’s first factory towns. The self-contained community known for its red-brick row houses, provided housing, shops, churches, and recreation for early railway workers, many of whom were African American. Pullman has experienced several shifts in population since then, and as more people moved to the suburbs in the middle of the century, businesses shuttered and jobs dried up. Today, the neighborhood has an 8 percent unemployment rate.

In the past decade, however, the city has been set on reviving the neighborhood because of land availability and its location near railroads and major highways. The historic district is also under consideration to become a national park. According to the Chicago Times, “No park in the country captures the rise of organized labor and the black middle class quite like Pullman, where black rail car workers formed the first union to be included under the American Federation of Labor.”

Today, says Alderman Beale, “Pullman is hot.” And the rooftop farm will only enhance the appeal, bringing tourists and serving as an educational facility, teaching students and foodies about the growing process, he says. Moreover Beale say that major grocery chains are already vying to move into the region. It also fits in perfectly with Mayor Rahm Emanuel’s mission to grow the city’s urban farming projects.

“We partnered with Method because Chicago is a great food city and a city investing in green building and green roofs,” Puri says. “My partners and I have lived there, we have a network of people there, and it’s prime for a year-round, controlled agricultural model. More importantly, the people will know how their food is produced and where it’s coming from.”

“We are creating a new paradigm in the way we grow in urban areas and redefining what a rooftop can mean,” Doig says. “What Gotham is creating in Chicago would take 30 acres of farmland and it’s right here in this historic community.”

Patricia Bethany, 68, has lived in Pullman for the past decade. Before the recent addition of a Walmart in the neighborhood, she drove more than 20 miles each week to shop at a chain grocery store. Upon hearing that the proposed farm, Bethany says she made it a point to go to a meeting where Gotham’s plan was explained.

“There was a time when we couldn’t go outside because of gangs and crime and bullets flying down the street. But we had hope that there would be change,” she says. “Then this meeting was announced where we were told there was going to be this farm on a roof … This is a place where we will have to take our children and grandchildren so they can see how they’re growing everything and they can learn. There are people who have been living in Pullman for 40 years who never thought this could happen. And we’re not looking back.”