California Takes a Bite Out of Farmers’ Market Fraud 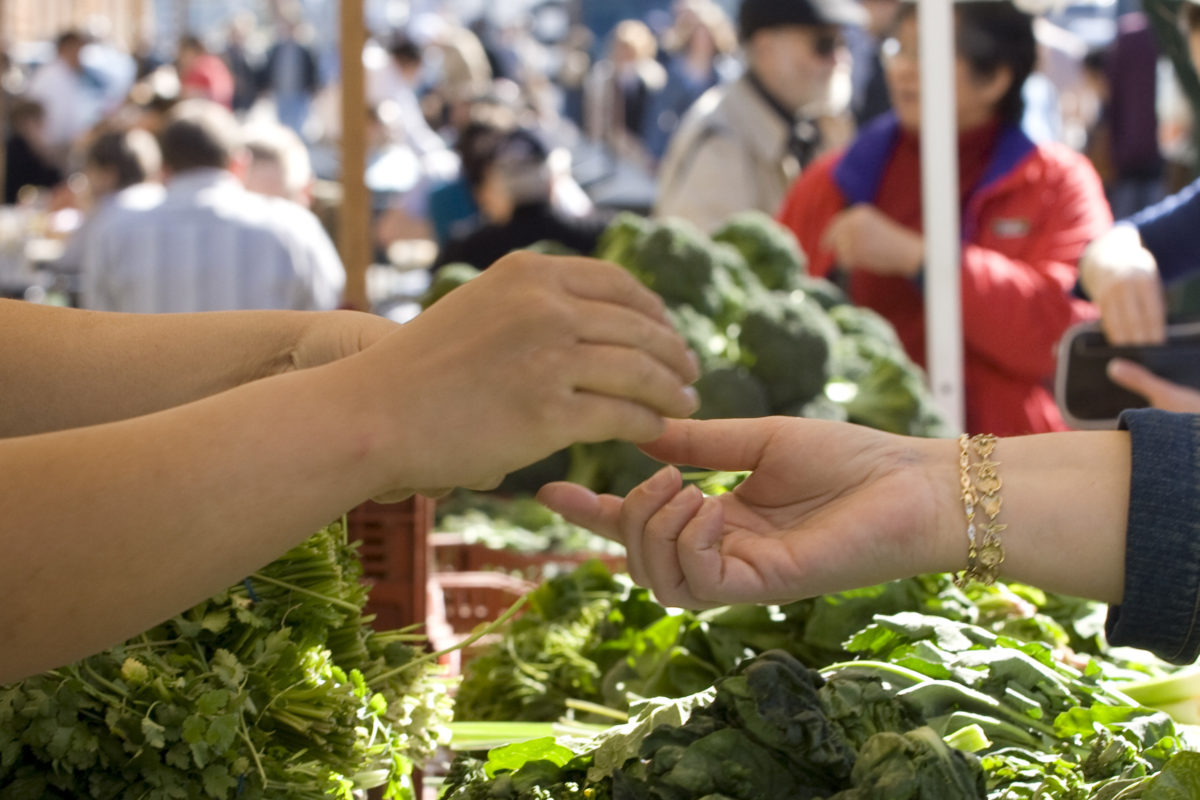 Most people take it for granted that all the fruits and vegetables at the farmers’ market are grown by the farmers selling them–and with good reason: Farmers markets foster direct relationships between producers and consumers.

“The most important thing that farmers’ markets have is their reputation,” says farmer Dan Lehrer of Flatland Flower Farm, who sells his certified organic apples and plant starts at San Francisco’s Ferry Plaza Farmers Market. “If the perception of the public is that you have no idea what you’re actually getting, then the farmers market movement is dead in the water.”

A new California law (AB 1871) recently signed by Governor Jerry Brown takes aim at vendors who are cheating the system. As reported by David Karp at the Los Angeles Times, some of the key points of the legislation include:

While working at farmers’ markets, Lehrer has encountered his share of suspicious-looking products at neighboring stalls. One grower sold fresh walnuts out of season; another one sold perfectly uniform carnivorous plants. These were warning signs to other farmers. But says Lehrer, “I would not expect most customers to be able to look at something and tell if it’s grown by the farmer or not.”

Particularly at smaller and newer markets where variety is scarce, vendors might be tempted to augment their booths with products they’ve bought from wholesale produce markets or nearby farms. At more mature markets, where competition for stall space is high, there’s generally greater scrutiny from other vendors, which makes cheating a riskier proposition.

The Ferry Plaza Farmers Market has clear guidelines about selling products you didn’t grow yourself. But those rules can be difficult to enforce. “I think fraud is a concern in every market,” says the market’s director of operations, Dexter Carmichael. “We do our own inspections, and we can set higher criteria for entrance and for staying in the market. But unless the state or a third party is there to back us up, it can be hard to take action if we think someone is cheating.”

He sees the new legislation as giving teeth to direct marketing regulations, and providing a process for the state to track and follow up with complaints. “It’s the institutionalizing of the farmers market system in a positive way.”

Dan Best, general counsel to the California Federation of Certified Farmers Markets, was part of an ad hoc committee tasked with making recommendations to the state following the exposés in Los Angeles. Their findings became the basis of AB 1871. “We wanted to help create a system that was more efficient in its methods, not just throw money at it,” he says.

To step up enforcement, the CDFA originally requested raising fees to $4 per vendor per market, but Best and his colleagues knew that doing so would be a tough for farmers who operate on slim profit margins, and they fought to keep the fee at $2. “We were always in the wings trying to make sure the interests of the farmers were represented,” says Best.

Whether those fees will be put to good use still remains to be seen. “How 1871 gets implemented is critical,” says Ben Feldman, the chair of the California Alliance of Farmers Markets.

He noted a recent CDFA pilot project involving four counties that provides a blueprint for how county and state officials might coordinate to identify red flags, share data, and improve communication. Most critical: Inspectors visited farms within 48 hours of inspecting questionable market stands. “We now have a model to look to, in terms of CDFA and counties working well together and actually doing the type of enforcement that will identify fraud,” says Feldman.

While the new legislation could never replace the understanding that comes from shoppers knowing and talking to their farmers, it is intended to deepen consumer confidence and provide a useful tool for market managers to protect the integrity of the state’s modern farmers’ market program, enacted by Governor Jerry Brown in 1977.

“Regardless of how widespread it is, fraud is a significant issue,” says Feldman. “[Perpetrators] are trading on the good name of honest, hardworking farmers.”

Lehrer concurs. “If there are going to be cheaters that destroy that integrity, there’s got to be enforcement. It’s the same in any industry. You need somebody to shine a little sunlight to make sure everyone’s on the up and up.”

A version of this post originally appeared in the Center for Urban Education About Sustainable Agriculture (CUESA) e-letter.