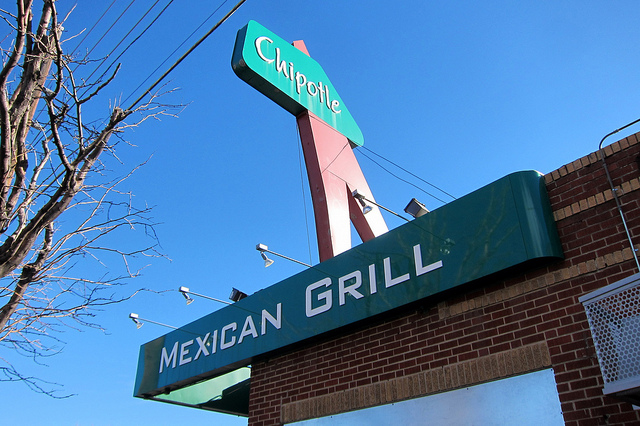 It was a busy week in food news. Catch up on what you missed with the stories below.

Big Agriculture was handed a major win this week, as the U.S. Environmental Protection Agency (EPA) announced its approval of the commercial herbicide Enlist Duo, a mixture of two other chemicals, 2,4-D and glyphosate. This decision comes following an earlier announcement from USDA giving the green light to genetically modified corn and soybeans that had been engineered to resist the potent herbicide. Both Enlist Duo and the seed varieties are products from Dow AgroSciences, the fourth largest agrochemical company in the world. Here on Civil Eats, Wisconsin farmer Jim Goodman calls attention to the health risks associated with the herbicide, and argues that EPA approval of Enlist Duo “is not an assurance of safety.” The Natural Resources Defense Council has filed a suit against EPA to fight the recent decision.

More in the food labels don’t actually mean much category: Ahold USA, the parent company of major supermarket chains like Giant, Stop ‘N Shop, and Martin’s, applied new “USDA graded” labels to its packaged meat supply this week. While the labels are technically accurate (95 percent of meat sold in the U.S. is graded by USDA), they’re also misleading: the Agriculture Department applies ratings of “prime,” “choice,” and “select” to the meat it grades. This label effectively blurs the lines between the three, which some view as an attempt to cover-up an increase in lower-quality meat at stores. The company is planning to remove the label, however, after complaints from customers and USDA.

On a different but related note, poultry giant Perdue will drop the label “humanely raised” from its chicken following a settlement on two class action lawsuits that alleged the label was misleading. The Humane Society of the United States argued that Perdue failed to meet the National Chicken Council’s set of voluntary standards, which signify that a company meets the criteria for the label. Following the Perdue settlement and in light of its own class action lawsuit, the grocery company Kroger has also opted to drop the phrase “raised in a humane environment” from its Simple Truth brand chicken.

A wave of food companies appears to be opting–voluntarily–to increase their commitment to sustainability and transparency. The latest is Whole Foods, which is encouraging its suppliers to participate in the company’s Responsibly Grown program. The voluntary program will evaluate producers on a range of criteria related to sustainability, labor, and health, and is designed to increase consumers’ awareness of how their food is grown.

The pork industry is on the defensive. PBS Frontline‘s documentary “The Trouble with Antibiotics,” which premiered this week, investigated the public health crisis that has been linked to the overuse of antibiotics in livestock and poultry production. In response, the National Pork Board–which is overseen by the USDA’s Agricultural Marketing Service–has launched an effort to direct consumers to the industry-funded site PorkCares.org whenever they search for keywords like, “pork,” “antibiotics,” and “Frontline.”

As the November election draws nearer, Chipotle is urging voters in Colorado to approve a ballot measure that would require mandatory labeling of products that contain GMO ingredients. The company, which was founded in Denver in 1993, is going head-to-head with seed giant Monsanto, which has poured millions of dollars into fighting GMO labeling campaigns in California and has joined forces with other companies to sue Vermont over the labeling law it passed earlier this year.

Voters narrowly approved a constitutional amendment in Missouri that guarantees “the right of farmers and ranchers to engage in farming and ranching practices.” While supporters argue that the amendment is necessary to preserve and protect the state’s agriculture industry, opponents argue in their latest legal challenge that the legislation actually helps Big Agriculture more than family farmers. They claim that because the language is not limited to Missouri-based producers, large national and multinational companies could reap the same or even greater benefits as local businesses.

The U.S. Department of Labor has come under scrutiny for its use of the “hot goods” rule to demand protection and fair compensation for farmworkers. The rule, created under the Fair Labor Standards Act, allows DOL to prevent shipments between states of products created using unfair labor practices, aka hot goods. The Department has used the tool against Oregon berry farmers in order to win back pay for exploited farmworkers and to enforce child labor standards. Several Oregon lawmakers and the Farm Bureau argue that invoking the hot goods rule on perishable items forces farmers’ hand in settling the lawsuits quickly without a full investigation. DOL has responded by claiming that many agricultural operations targeted by the rule have a record of labor violations, and that the practice ensures timely reparations for farmworkers.

Did we miss something? Share your food news in the comments.