New Seeds, Old Pesticides: A Farmer on 2,4-D and Next Gen GMOs 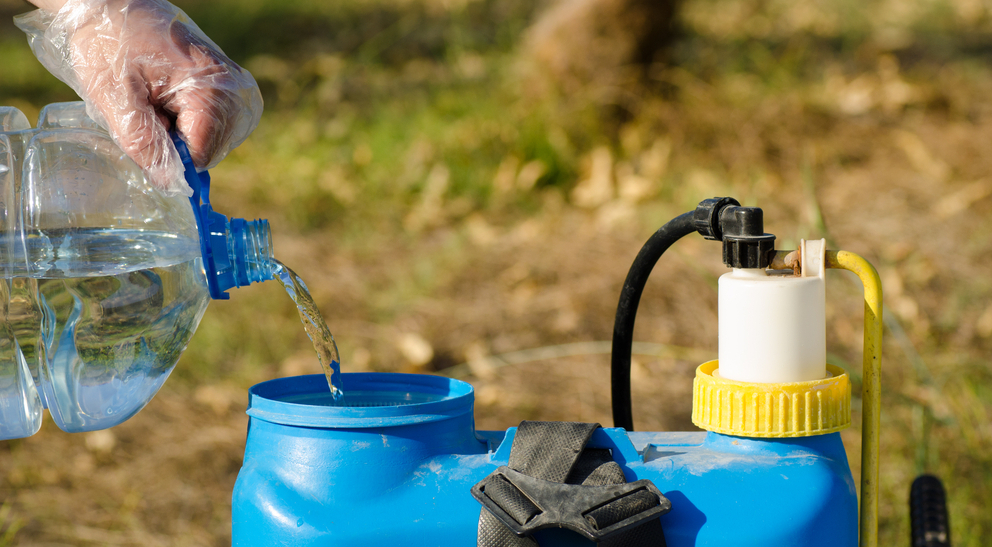 I doubt very many people have ever heard or seen a “tank mix.” Simply put, it is a mix of several crop chemicals used together to control a variety of weeds. I have not looked into a swirling mix of chemicals in a crop spray rig for probably 20 years–that’s about how long it has been since we have used any herbicides on our farm.

It may look different now, new chemicals, perhaps new colors and new toxic smells. I remember it as a sulfurous yellow mix of rising spreading plumes of chemicals, circulating and mixing together in the tank. The smell was literally breathtaking and the toxicity likewise. (That’s why it’s recommended that the applicator wear breathing protection and a Hazmat suit.)

When people ask me why we switched to organic farming, that swirling yellow tank mix always reappears in my mind. How did I ever rationalize putting that stuff on my fields?

When genetically modified (GM) crops were introduced commercially in 1996, farmers were told that Monsanto’s “Roundup Ready”(RR) technology would make crop production easier, safer, and “one spray was all they’d ever need.”

Roundup would be a safer, more effective replacement for all those chemicals farmers were currently using their tank mixes, they told us. With Roundup as the cornerstone of GM crop technology, the promise was safety. We’d have no more worries about weeds, and it would be eternally effective, so there would be no more need for tank mixes.

While I really don’t consider any pesticide safe (after all–they are poisons), Roundup was probably less toxic, perhaps less carcinogenic, and perhaps less of an endocrine disruptor than some of the chemicals it replaced. Perhaps.

I specifically remember 2,4-D (one of the components of the Vietnam-era defoliant Agent Orange) being singled out as a “more dangerous” herbicide that would no longer be needed. Who wouldn’t like that–a dangerous herbicide replaced by an easier to use, safer, permanently more effective one? There was sliced bread and then there was RR.

Of course, it didn’t work out that way. In 1996, Monsanto was fined by the State of New York for false advertising in its promotion of Roundup as “safe.” According to a 2013 Associated Press article, Monsanto acknowledged that U.S. Environmental Protection Agency (EPA) approval “is not an assurance or finding of safety” because U.S. regulations are based on a cost-benefit analysis, which balances the potential of “any unreasonable risk to man or the environment” against the “the economic, social, and environmental costs and benefits of the use of any pesticide.”

Isn’t that something? EPA approval is not an assurance of safety.

Consider the fact that EPA-approval was based on specific recommended quantities, and then, as these products became less effective, the tendency would be to “add a just little more.” But, even with “just a little more,” nature found a way to survive, and weeds developed resistance to Roundup to the point that even a thorough sousing would no longer kill them. Once again the tank mix became the only hope in killing these new, pesticide-resistant “superweeds.”

The “new generation” of GM crops are on the way and the first out of the pipeline are corn and soybeans that Dow AgroSciences developed to be used in conjunction with 2,4-D. In September, The U.S. Department of Agriculture approved the new seeds, as part of a branded “Enlist Weed Control System” that could be going into the ground as early as spring 2015.

Now remember that in 1996 Roundup was touted as the safe alternative to 2,4-D, a dangerous pesticide. Has 2,4-D become safer than it used to be? No.

My guess is that Dow decided it would be cheaper and easier to engineer seeds to resist the old herbicides rather than develop new herbicides that might be less toxic. And, as Tom Philpott at Mother Jones notes, Dow and Monsanto know that planting seeds that withstand both 2,4-D and Roundup would lead to an increase in herbicide use.

In fact, Dow and Monsanto stand to cash in on 2,4-D and Roundup cross-licensing. We are talking big profit potential. Never mind the fact that an Ohio study pointed out that 2,4-D is potentially potent enough to cause a “17 to 77 percent reduction of the marketable fruit and vegetables” on farms close to those where it is sprayed.

It would be one thing if the farmer doing the spraying was responsible for leaving a buffer strip between their crops and the neighbors’ vegetables. But the guy with the chemicals can spray right up to the property line. Over the last 20 years I have had to leave many acres of my land in buffer strips. Most farmers try to be good neighbors, but they can’t control the wind.

Weeds resistant to 2,4-D were documented as early as 1957, and still, farmers are hoping that 2,4-D resistant corn and soybeans, especially a 2,4-D/Roundup resistant combination, will be “the one” solution to their problems. And if weed resistance shows up they can “just add a little more”–at least until this system fails and the next GM crop is introduced.